Minnesota: Help is available for Minnesotans struggling to pay for insulin 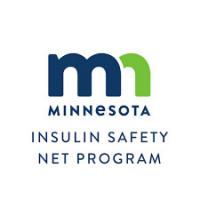 ST. PAUL, Minn.—A recent study found that more than 1.3 million Americans with diabetes rationed their insulin because of cost concerns by skipping doses, taking less insulin than needed, or delaying buying insulin to save money. During National Diabetes Month, MNsure and the Minnesota Board of Pharmacy remind Minnesotans that the Minnesota Insulin Safety Net Program provides fast, reliable help for those who need insulin and may be struggling to afford this life-saving drug. 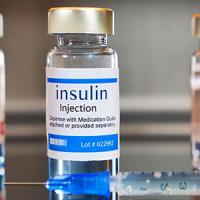 Personally, I'm most focused on making the enhanced/expanded ACA subsidies under the American Rescue Plan (ARP) permanent, of course, which the Congressional Budget Office estimated would cost roughly $220 billion over 10 years to implement. If the ARP subsidies are allowed to expire (which would revert the ACA back to the original subsidy formula, including bringing back the hated "Subsidy Cliff"), over 13 million Americans would find their health insurance premiums jump by an average of over $700/year apiece, with some households seeing theirs skyrocket by as much as $17,000/year (that's not a typo).

The mother of a Minneapolis man who died because he could not afford his Type 1 diabetes medication is asking Minnesotans with an urgent need for insulin to seek assistance through a state program that she helped champion.

In a new video called the “Alec Smith Story,” Nicole Smith-Holt urges anyone struggling to afford their insulin to sign up for the Minnesota Insulin Safety Net Program. Her son Alec died in 2017 at the age of 26 from ketoacidosis after rationing his insulin to make it last longer.

“I encourage anyone who has diabetes and struggling to afford the medication to keep advocating for yourself,’” Smith-Holt said. “I don’t want someone in an emergency like Alec was to be turned away at the pharmacy or start rationing their insulin. You have options.”

ST. PAUL, Minn.—The Minnesota Insulin Safety Net Program was created to help Minnesotans who face difficulty affording their insulin. The program is made up of two parts: the urgent need program and the continuing need program.

To be eligible for the urgent need program, you must—

This isn't technically ACA-related, but it's certainly healthcare related and it was posted via the Minnesota ACA exchange, MNsure:

ST. PAUL, Minn.—The Minnesota Insulin Safety Net Program, launched earlier this year, provides a pathway for Minnesotans in urgent need of insulin (less than a 7-day supply on hand) to access the life-saving drug through their pharmacy. The program—implemented by MNsure, the state's health insurance marketplace, and the Minnesota Board of Pharmacy—was created to help Minnesotans facing difficulty affording their insulin.

Interested individuals should visit MNinsulin.org to see if they qualify and learn how to apply.

Starting May 11, 2020, MNsure is offering an ongoing special enrollment period for Minnesotans who experience a decrease in household income and become newly eligible for advanced premium tax credits (APTC). Those looking to enroll will need to have had health insurance that meets the standards in the Affordable Care Act, also known as minimum essential coverage (MEC), for one or more days in the 60 days immediately preceding their decrease in household income.

Minnesotans must act within 60 days after they experience a decrease in household income to be eligible.

The request for proposal (RFP) seeks proposals from qualified firms or contractors capable of producing a statewide public awareness campaign to increase awareness of the Insulin Safety Net Program. The anticipated time frame of the campaign is July 2020 through June 2023.

Minnesota: Low or No-Cost Insulin Prescriptions Available on All Plans Through MNsure

This just in from MNsure, the Minnesota ACA exchange:

All private health plans offered on the MNsure marketplace limit the out-of-pocket cost to enrollees for insulin prescriptions in 2020. Each of MNsure's four insurers are offering either low-cost or free insulin benefits, meaning consumers purchasing plans through MNsure will pay no more than 25 dollars per month for insulin.

"The rising cost of insulin has put a huge financial burden on many families across Minnesota," said Nate Clark, MNsure CEO. "It’s so important to have access to insulin at an affordable price. We encourage all those looking for prescription insulin coverage to check out the plan options at MNsure.org."

Last November, I made a huge error in judgement when reporting on the tragic, avoidable death of a young diabetic man in Minnesota:

When I first watched the video, I got hung up on a different aspect of Alec Smith's story...the question of whether or not he would have qualified for tax credits via an ACA exchange policy based on his income. I reached out to Alec Smith's mother, Nicole Smith-Holt, to clarify a few things from her story, but hadn't heard back yet as of yesterday morning...and made a poor decision to post the article yesterday anyway, in which I speculated, based on the limited information in the video, that Alec may have qualified for some level of assistance after all without realizing it.

The whole post was, quite simply, wrong. It was wrong for several reasons, and I'm sorry for each of them.

I laid out several of the obvious ways in which my original post was out of line, thoughtless and showed a lack of compassion. I apologized personally to Ms. Smith-Holt, she accepted, and we had a lengthy online discussion about her son's story and what led to his death: