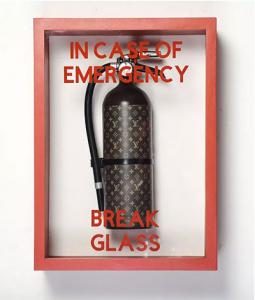 The ticking time bomb is getting louder every day as time runs out for the expanded ACA subsidies which were temporarily provided by the American Rescue Plan to be made permanent:

Congressional Democrats are confronting a ticking time bomb that threatens both the health security of millions of Americans and Democrats’ own political security in the midterm elections. If they don’t act fast, it’s going to explode.

...Now, another group of Democrats outside Washington is getting increasingly nervous about this prospect. Democratic governors, many of whom are up for reelection this year, don’t want to watch while Congress makes life more difficult for their constituents.

Underscoring the point, a group of Democratic governors has released a new letter imploring congressional leaders to extend the enhanced subsidies.

“At a time when governments at all levels are struggling to find ways to reduce costs for the American people,” the governors write, “we cannot allow the looming specter of rising health costs to cause more uncertainty and stress for American families.”

I've broken out the potential net cost increases to enrollees every way I can:

The bottom line is, no matter how you slice it, it's a pretty ugly picture. A few states like California and New Mexico have taken actions to try and mitigate the fallout if the ARP subsidies aren't extended, but those are only partial and ACA enrollees across the rest of the country would still be facing massive rate hikes.

So, what's the latest state of play on this happening? Well, the past few weeks have seen key player Sen. Joe "I love being the center of attention" Manchin playing will-he-or-won't-he. As of yesterday, according to NBC News:

Senate Democrats are close to a deal to lower prescription drug costs as part of a larger party-line package to advance a number of President Joe Biden's economic priorities, three sources familiar with the negotiations said.

Democrats plan to submit a "finalized agreement" on allowing Medicare to negotiate prices with pharmaceutical companies to a key Senate official "in the coming days" to see whether it complies with the chamber's strict budget rules, one of the sources said.

Sounds promising, except for one thing:

It's unclear whether enhanced Affordable Care Act subsidies to prevent premium hikes for millions of people will be in the deal.

Many of those areas remain unresolved in talks between Manchin and Schumer, including a plan to extend enhanced subsidies to millions of Americans who purchase health insurance through national exchanges initially set up by the Affordable Care Act, the sources said. Without a resolution, more than 13 million people could see premium increases next year.

Last winter, the Congressional Budget Office projected that making the enhanced/expanded American Rescue Plan subsidies permanent, at the exact same levels and thresholds as they are under the ARP itself, would cost roughly $220 billion over the next decade.

As I noted last week, it's likely that if the enhanced subsidies are included in the downsized reconciliation bill discussed above, there would likely be a stricter upper-level means testing cap placed on them (ACA subsidies are already means tested with or without the ARP enhancements, it's just a level of how generous the grading of that test is).

I don't know what sort of cap/threshold would be involved, but I have to assume whatever it is would likely bring the projected ten-year cost below $200 billion or so.

A few weeks ago I proposed a way of knocking perhaps another $2 - $3 billion off the price of doing so via a legislative (or perhaps even administrative?) change to how the ACA's Medical Loss Ratio rebate payments work.

The short version is that right now, several million people are receiving significantly more in rebate payments than they should be under the spirit of the MLR provision, to the tune of several hundred million dollars per year which should really be going back to the federal government.

However, this would only pay for a tiny portion of the cost...perhaps 1 - 2% at most.

But what if there was an additional revenue source which would pay for all (or nearly all) of the extension but which doesn't involve raising taxes or fees on anyone?

What if that money was already being spent now, just in a confusing, inefficient fashion which could be better utilized?

Had CSR reimbursement payments continued to be paid over the next decade, the CBO projected that it would have cost the federal government $118 billion between 2018 - 2026, or around $13 billion per year on average.

Cutting off CSR reimbursement payments saves the federal government that $118 billion over 9 years. HOWEVER...

The practice of "Silver Loading" by the carriers make up for that $118 billion is causing federal APTC subsidy costs to increase by a far more than $118 billion...in fact, the CBO projects that it's gonna increase APTC by around $309 billion for those earning between 250 - 400% FPL (that is, people who are eligible for APTC but not for CSR...the 200-250% crowd does qualify for CSR as well but it's pretty weak, so many of them likely go for Gold or Bronze plans regardless).

There's some additional revenue increases & decreases projected by the CBO as well which I don't entirely understand, but they mostly cancel each other out, so in the end, the bottom line is that the CBO projected that cutting off CSR payments is actually going to COST the federal government a net $194 billion over the next nine years. That's roughly $21.5 billion per year.

On the one hand, hooray for Silver Loading! It's the reason why there's large portions of the country where Gold plans cost less than Silver plans on the ACA exchanges (or more accurately, it's why Silver costs more than Gold). It's also the reason why there's 190 counties where many people were already eligible for a FREE Gold plan even before the American Rescue Plan (ARP) beefed up subsidies for the next 2 years.

On the other hand, Silver Loading, as clever and effective as it can be, is also a scattershot mess at the moment, as well as being inefficient and unevenly utilized.

...Even in states which do allow or encourage it, implementation is all over the place--some insurance carriers utilize it fully, some partially and some not at all. Finally, Silver Loading confuses the hell out of the enrollees who can't figure out why the hell a Gold plan covering 80% of their expenses costs less than a Silver plan covering 70%.

I say all this as one of those who helped coin the phrase and hashtag "#SilverLoading" in the first place. I've written about it, promoted it and encouraged it for the past 3+ years because as long as the ACA subsidy formula remained as it was, it was the most effective way of cutting down costs for individual market enrollees earning more than 200% FPL. HOWEVER, as long as we #KillTheCliff and #UpTheSubs permanently and beef up/expand CSR subsidies as well, Silver Loading is no longer necessary.

Formally appropriating CSR funding would reverse the situation, causing Silver Loading to disappear...but in doing so it would free up several hundred billion dollars over the next decade...which in turn would be used to pay for the beefed-up subsidies.

As it happens, there's at least sixteen U.S. Senators who agrees with me...sort of.

Senate Democrats led by New Hampshire Sen. Jeanne Shaheen are pushing legislation that would enhance the value of and eligibly for the Affordable Care Act’s cost-sharing reductions (CSRs) and permanently fund the program, thus eliminating the need for the “silver-loading” workaround that insurers crafted after the Trump administration ended direct payments to reimburse their costs for the subsidies in 2017.

And the Senate Democrats’ bill would lift the actuarial value of the ACA subsides from 70% to 80% by linking the premium tax credits to the gold-level instead of silver-level plans.

...Shaheen’s bill is structured to more efficiently spend federal dollars so that nobody would be worse off under the bill than under the status quo, says Stan Dorn of Families USA, which has endorsed the legislation.

Sen. Shaheen's bill, S.499, the "Improving Health Insurance Affordability Act of 2021," would do exactly what I describe above...except it would also do a bunch of other things relating to CSR subsidies as well, which is why it would still cost several hundred billion dollars if the entire bill was to be implemented as described.

The short version is this:

Now, the CBO's "appropriate CSR reimbursements" score is five years out of date at this point, so I have no idea whether that $21.5 billion/year is still valid or not. Perhaps it would be higher, perhaps lower. The point is that it should still cover the vast bulk of the cost of paying for permanent American Rescue Plan enhanced subsidies.

The downside to doing this is, of course, that the third bullet above would have to be cut out of the equation entirely: Restoring CSR reimbursements by itself would only be enough to (mostly) pay for either permanent ARP subsidies or permanent CSR upgrades, but not both.

To be clear: If Silver Loading were to be sacrificed at the alter of permanent ARP subsidies, several million ACA enrollees who are currently benefitting from gold plans priced below silver plans (or bronze plans priced dirt cheap) would see their costs go up.

I'm not happy about that at all, especially given how invested in Silver Loading as I've been over the years.

HOWEVER, more millions of enrollees would benefit from the ARP subsidies, and in a far more equitable fashion, since enrollees at every income level would benefit (including, I should note, those earning less than 200% FPL, who comprise over half of all ACA enrollees to begin with). If it's a choice between trading Silver Loading for ARP subsidies and nothing, I'd have to side with doing so (with misgivings).

I should note that I'm not the only one who's suggesting this "break glass" solution to getting ARP subsidies done. My colleague Xpostfactoid (Andrew Sprung) has also written a far more eloquent version of this same argument.

If Sen. Manchin agrees to making ARP subsidies permanent via other funding sources, fantastic; Congressional Democrats can save this funding source for upgrading CSR subsidies in the future instead.

If, however, permanent ARP subsidies can only be done by coming up with an additional revenue source, now would be the time for Sen. Shaheen and the other fifteen co-sponsors of her S.499 bill to chop that bill in half and include CSR reimbursement appropriations into the mix as the missing piece of the puzzle.