Wyoming is one of 12 states which still hasn't expanded Medicaid eligibility under the ACA (13 if you include Missouri, whose voters expanded the program last year...but which the state legislature refuses to fund). The state legislature came very close to doing so at least twice this year...but it ultimately fell apart both times.

According to the Kaiser Family Foundation,Wyoming has roughly 15,000 uninsured residents who would gain coverage if they expanded the program, although the articles from the legislative debate earlier this year placed the total closer to 25,000.

AND WITH THAT, I'M DONE WITH MY 50-STATE MEDICAID ENROLLMENT ANALYSIS PROJECT (except for a national summary, which will come soon). 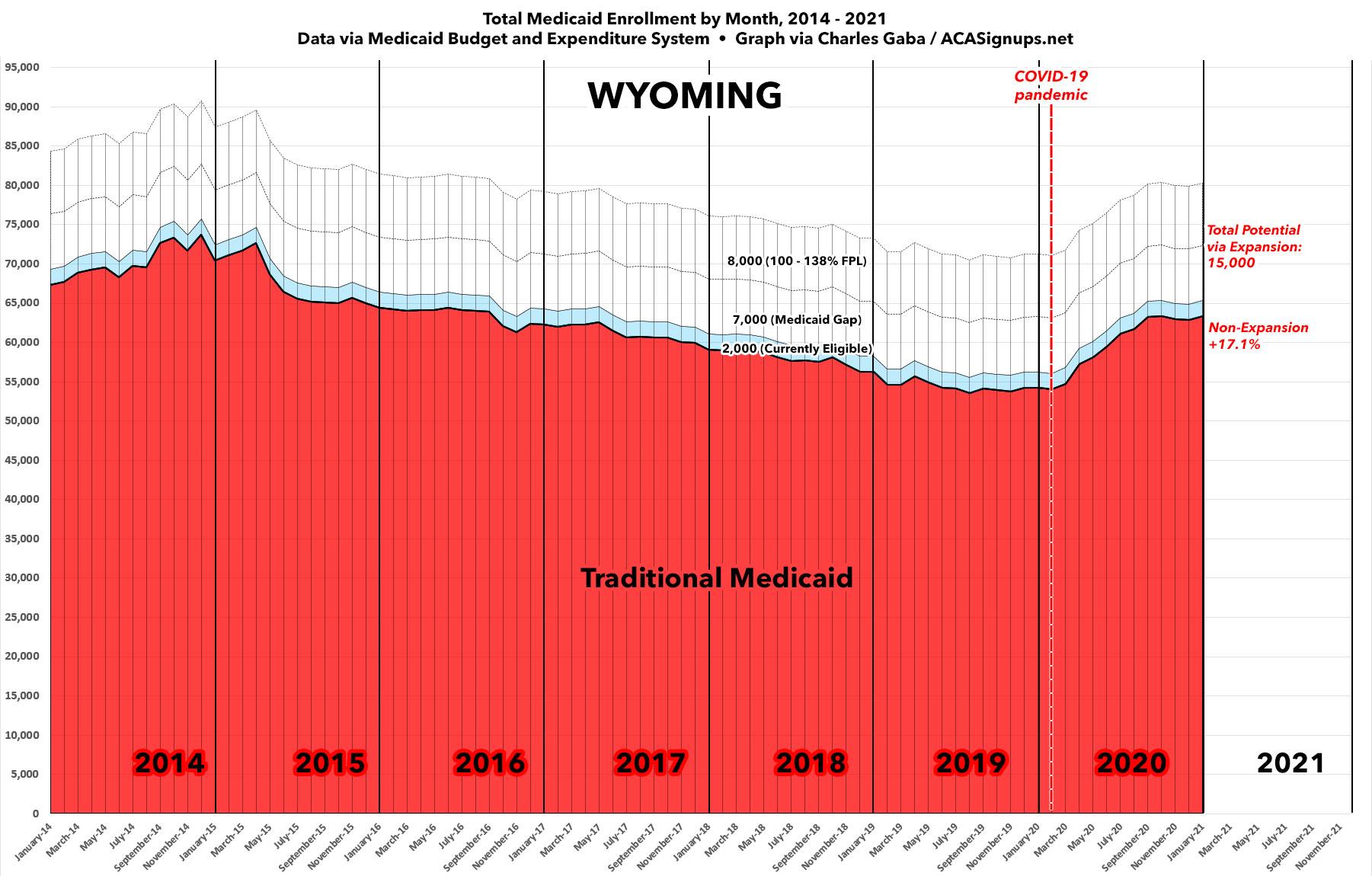