Oklahoma: Medicaid enrollment up 27% since COVID hit; up to 215,000 more about to enroll starting July 1st

Oklahoma was one of 14 states which hadn't expanded Medicaid eligibility under the ACA...until last summer, when voters passed a statewide referendum to do just that. Actual enrollment doesn't kick off until July 1st (just 10 days from now), but nearly 100,000 Sooners had already signed up as of June 8th, and according to this article, the eventual total could reach up to 215,000. 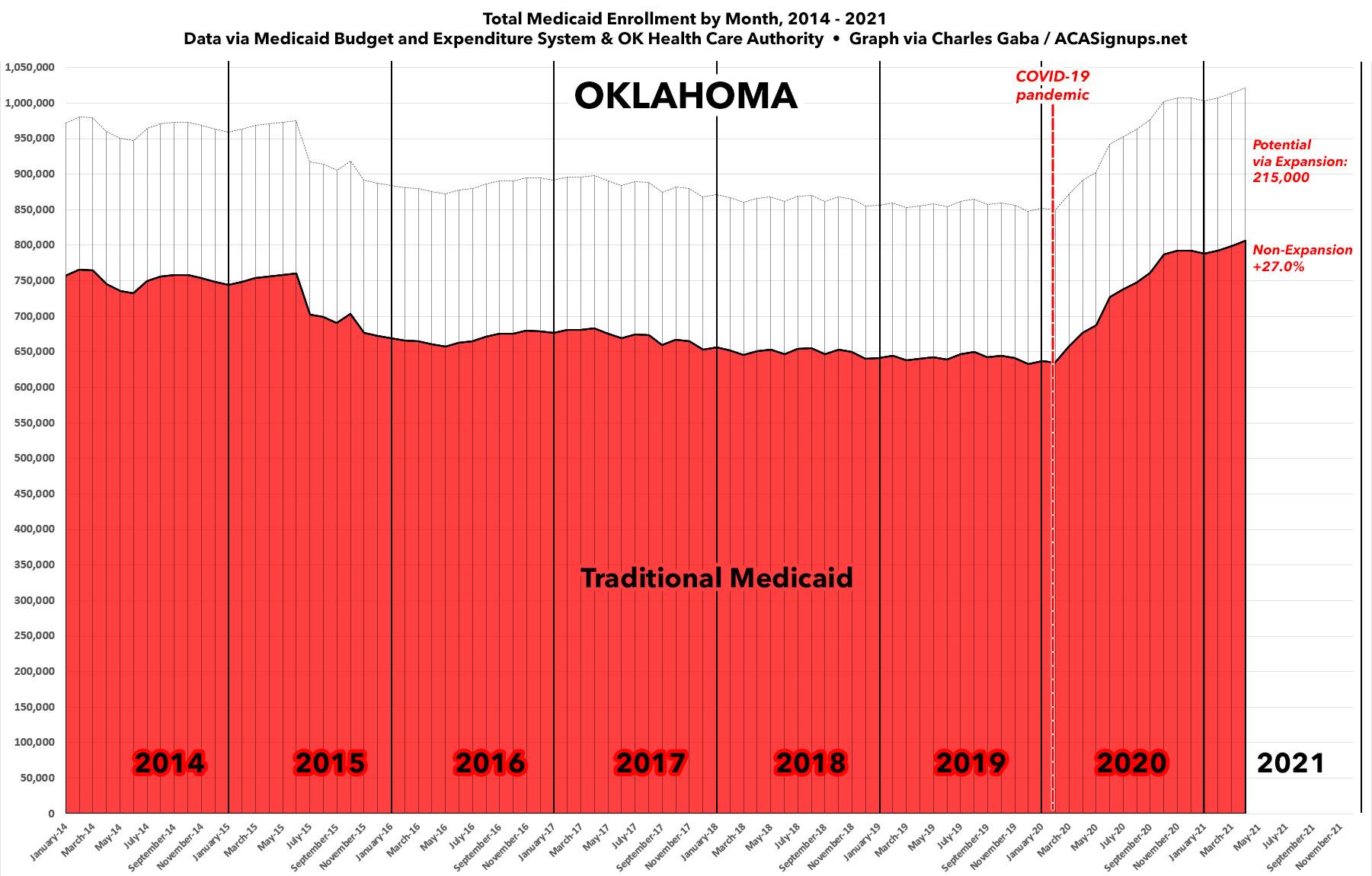