For enrollment data from January 2021 on, I'm relying on adjusted estimates based on raw data from the New Mexico Dept. of Health.

New Mexico's total Medicaid enrollment (including ACA expansion) reached a peak of around 900,000 back in early 2017 before gradually dropping down to ~830,000 just before COVID hit last February. Since then, non-ACA enrollment has increased by 11.5% and ACA expansion has gone up 10.3% for an overall increase of 11.1%. New Mexico is the only state I've examined so far where the expansion population has increased by a smaller rate than the non-ACA population. 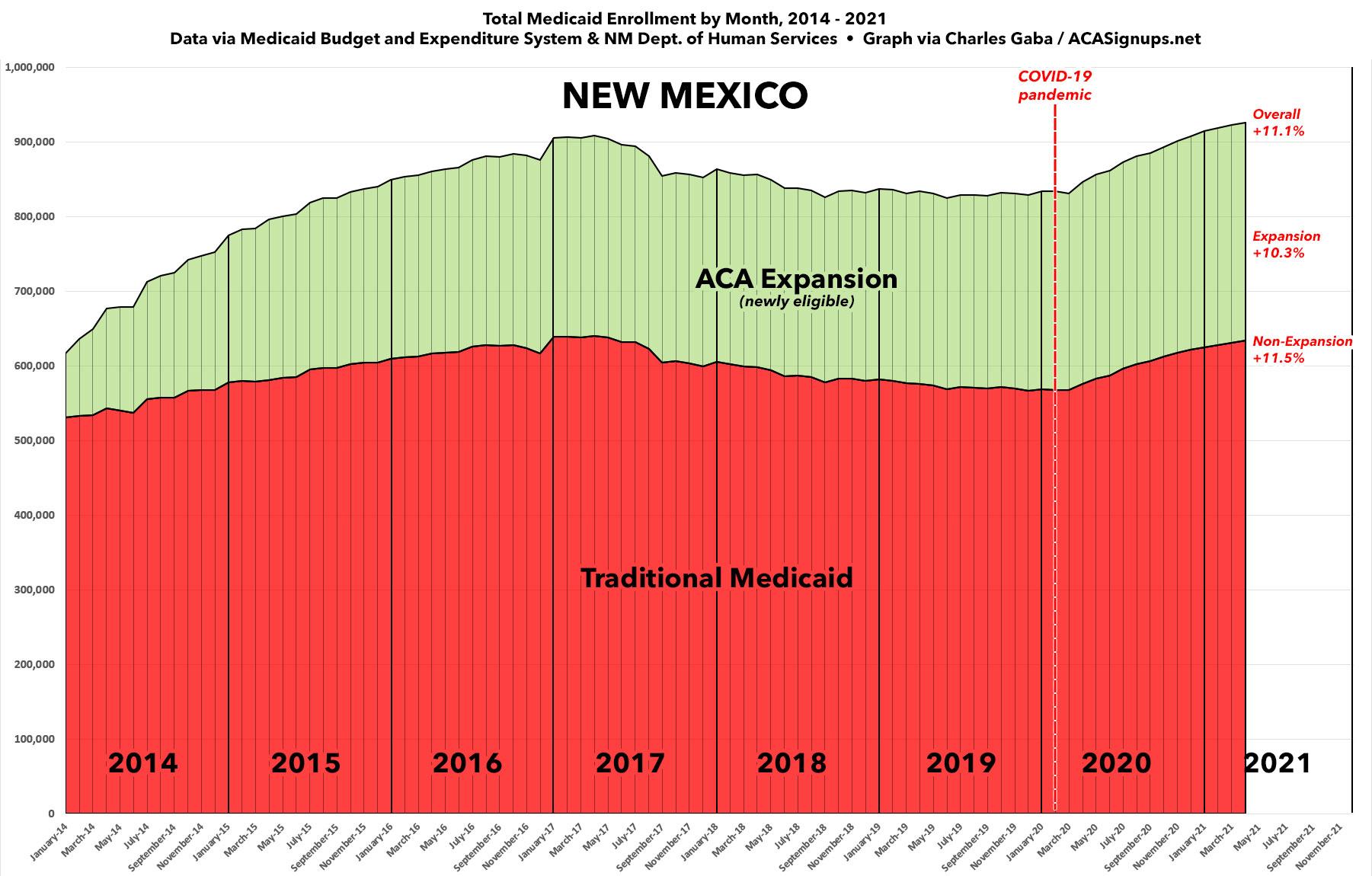