Today I'm presenting Iowa. For enrollment data from January 2021 on, I'm relying on adjusted estimates based on raw data from the Iowa Dept. of Human Services.

After ACA expansion ramped up starting in early 2014, Iowa's overall enrollment in both traditional and ACA-expansion Medicaid has been remarkably steady, hovering around the 600,000 mark for more than 4 years straight...until COVID hit last spring. Since then, traditional Medicaid enrollment has increased by 12.6% and ACA expansion has gone up by 28.2%, for an overall climb of 17.2% as of May 2021. 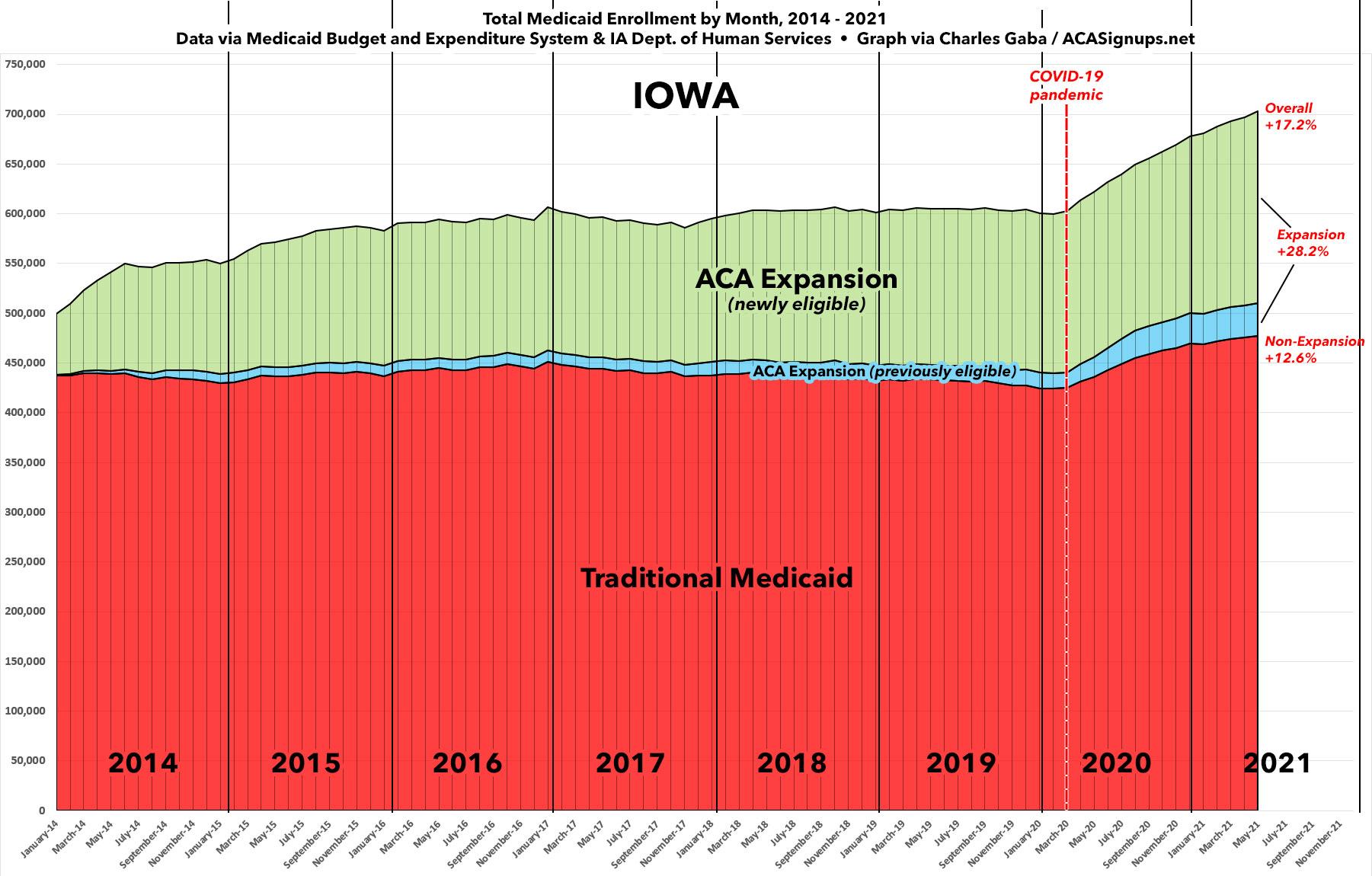