All told, I expect the final number to increase by around 90,000 people. If so, that would give the following:

One other factor to consider this year is that both Idaho and Maine expanded Medicaid, along with carryover for Virginia's expansion from last year (Medicaid expansion enrollment transitions take 2 years to be fully reflected). If you assume that 2/3 of the year over year shortfall in each of these states is due to enrollees earing 100-138% FPL being shifted over to Medicaid, that's around 35,000 people on HC.gov states and perhaps 10,000 in SBM states. However, none of the official CMS reports have ever "accounted" for other states expanding Medicaid post-2014 like Pennsylvania, Louisiana, Montana etc, so this is just something to keep in the back of your head. 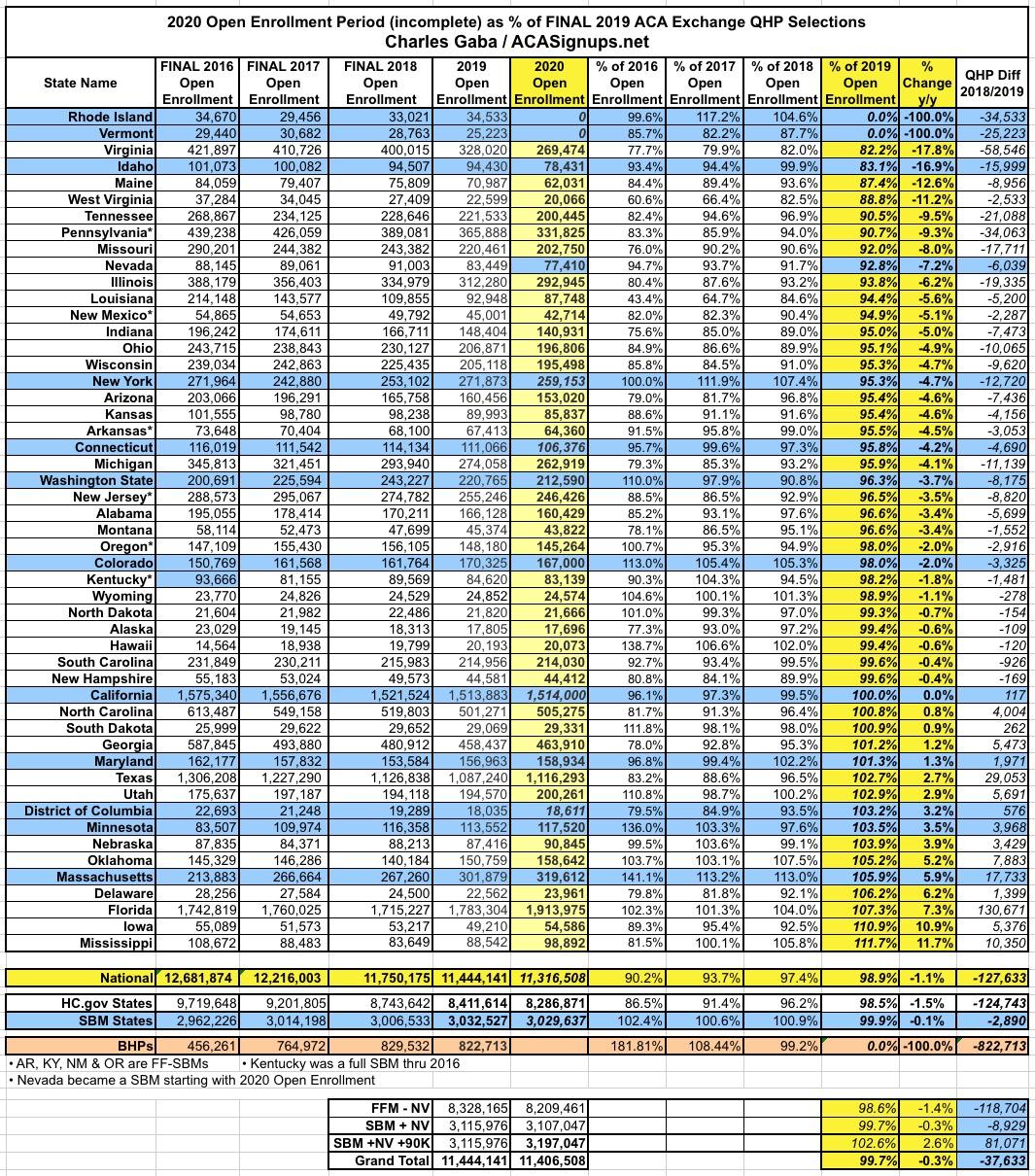