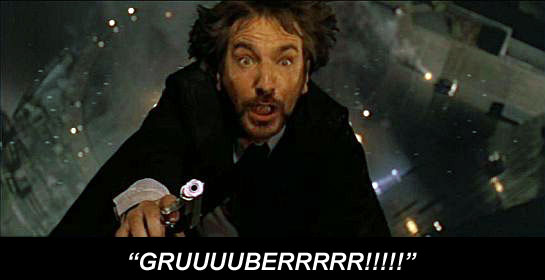 MIT health economist Jonathan Gruber was the Republican Party's favorite stock villian during the absurd King v. Burwell (formerly Halbig v. Burwell) Supreme Court saga which raged throughout the first half of 2015, in large part because of his tendency to have a bad case of diarrhea of the mouth when speculating about the reason why certain sections of the ACA were written the way they were.

Anyway, he was one of the players during the establishment of the ACA, having helped put together the overall "3-Legged Stool" model for the individual market healthcare exchanges in the first place:

Anyway, Professor Gruber is back today with a piece in Politico in which he offers his 2¢ about how the ACA is faring a year after the brouhaha over King v. Burwell has settled down.

He talks about the Medicaid expansion "woodworker effect", which I've written about umpteen times...

One big reason for Medicaid’s surge is the so-called “woodwork” effect: increased enrollment among people who were eligible under the old system but who didn’t “come out of the woodwork” to sign up until the concentrated effort to get people enrolled under the new law. This woodwork effect has occurred in both expansion and conservative non-expansion states. And it likely arises from factors like the individual mandate to get covered, streamlined enrollment which makes it easier to sign up and general attention to health insurance coverage under the law.

He talks about the fact that the CBO vastly overestimated how many employers would kick their employees off of their existing ESI coverage onto the exchanges (which, again, I've written about many times):

That’s not what happened. In fact, employer coverage has not eroded at all, according to most recent estimates. My recent work with Harvard School of Public Health researchers Molly Frean and Benjamin Sommers confirmed that neither eligibility for large tax credits in the exchange, nor eligibility for Medicaid appears to have led individuals to abandon their preferred workplace insurance. Nor have employers by and large scrapped covering their workers.

He talks about how many red states have been actively blocking implementation of the ACA (as I've noted in states such as Georgia and Missouri)...

We’ve found that enrollment rates in states that were more supportive of the health law and set up their own exchanges were roughly twice as high as those states that relied on the federally run exchanges. There are exceptions, though. For instance, even though Florida has a Republican governor who vehemently opposed the law, on-the-ground advocates have led a robust and successful enrollment effort there.

...and he goes into several of the causes of the unusually high rate hikes being asked for this year, including the Risk Corridor Massacre, the "Invest then Harvest" carrier strategy (which mostly backfired), the SEP conundrum and the carriers simply flat-out underestimating just how expensive their new enrollees are to treat.

It's a good article, highly recommended.