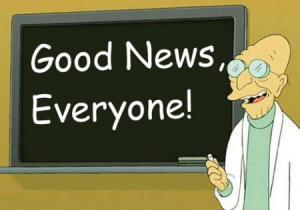 Part of the key to the successful enrollment of over 8 million* people last year and around 12 million* this year in the various ACA exchange policies has been the army of so-called "navigators" or "assisters" who, along with private health insurance brokers, helped educate millions of people about how the exchanges work, what their best options were and how to go through the procedure.

Unfortunately, some states (those run by administrations of a certain crimson hue, shall we say) decided, in their effort to obstruct Obamacare at every possible opportunity, to be utter jackasses by ginning up absurd regulations/restrictions about who "qualified" to be an ACA navigator.

The poster child for this ass-jackery was Ralph Hudgens, the Insurance Commissioner of Georgia, who actually bragged about his efforts:

Thankfully, over 300,000 Georgians enrolled for 2014 despite Hudgens mischief, and over 540,000 did so this year. However, it's an open question as to just how many more might have done so if he and his ilk weren't being jerks.

Fortunately, after today, that particular speed bump may no longer be an issue:

One of the main provisions of the 2013 Missouri law barred navigators from providing "advice" to consumers about certain benefits or features of a given health plan on the exchange, established by the federal law.

...The ruling, issued Friday by the U.S. Court of Appeals 8th Circuit, upheld most of the lower-court's injunction. It means navigators in Missouri will be able to work without as many limits and without worry about what they can say to consumers.

In particular, this court ruling (which I'm assuming applies to all 7 states covered by the 8th Circuit Court of Appeals: Minnesota, Iowa, North Dakota, South Dakota, Nebraska, Missouri and Arkansas) should also mean that off-exchange policies sold in those states (which don't qualify for tax credits) should now be compared fairly to their exchange-based counterparts:

The ruling also says Missouri can't bar navigators from discussing plans sold outside of the online exchange. That part of the state law posed some challenges. If the consumer already had an off-market plan and was seeking to switch by buying a plan on the market, it would be difficult for the navigator not to comment on the off-market plan, according the court ruling.

The Missouri law said that if a navigator were to help a consumer who previously bought a plan through a private insurance broker, the navigator was supposed to advise the consumer to again consult with a broker. The ruling, too, said the state couldn't enforce that part of the law.

I don't know how much of a difference this will make for 2016 (and the King v. Burwell decision may end up making it mostly moot), but it's still a good thing.