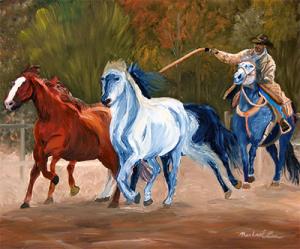 Maryland (h/t ArcticStones):
Maryland is up to 11,700 private enrollments. Their site is still a mess, apparently, and they're even considering switching over to the Federal exchange at HC.gov. The irony here speaks for itself.

A total of 62,153 residents have now enrolled in plans that start Jan. 1, with more than 34,000 in private insurance plans and the rest in government-funded Medicaid plans, Access Health CT announced Tuesday. Its goal had been to enroll 60,000 people by the end of December.

The state goal was 60K total by December. The CBO projection was (supposedly) 33K private enrollments by 3/31/14. Doesn't matter; CT has already surpassed both numbers anyway.

New York:
The WSJ has an article this morning (behind a pay firewall) that claims over 188,000 private enrollments as of Sunday night. However, as awesome as NY has been doing (over 25K on Monday!), this makes no sense, since the officially-announced number is 156K as of *Monday* night:

Despite some glitches, the state’s health insurance exchange has been one of the few bright spots of the troubled Obamacare rollout. Since the exchange went online Oct. 1, 447,990 New Yorkers have completed their applications for health care and 214,077 have gone on to obtain coverage. Of the 214,077 people who have enrolled, 156,549 have signed up for private insurance and 57,528 have qualified for Medicaid.

Until I receive confirmation, I'm disregarding the WSJ number as some sort of confused reporting or blending of private & Medicaid (even though that number would be even higher). --Colorado (h/t ArcticStones):

Between Oct. 1 and Dec. 23, 42,771 Coloradans signed up for private health insurance that takes effect January 1, according to a news release from Connect for Health Colorado. Monday was a record day for shopping volume, with 5,354 Coloradans signing up. Connect for Health Colorado will continue to help people who complete the sign-up process until Friday to receive January 1 coverage. Open enrollment continues until March 31.

These are the most comprehensive numbers I've seen for Oregon, which has the most screwed up website (thanks, Oracle!) of any state; their problems make the October HC.gov problems seem like a walk in the park. Anyway, while this update only bumps the private enrollments by 1,000, the Medicaid numbers just shot up by around 50K or so.

California:
CoveredCA, after kicking serious ass for the past few weeks, ran into major technical issues on Monday, the (original) enrollment deadline for January coverage. They had everything working again on Tuesday, but have issued an important message for those who tried but failed to complete their enrollment the day before:

Meanwhile, CA is well over 400K private enrollments; I have them up to around 450K on the spreadsheet. Add 'em all up, and my new current tally is:

Finally, last night I gave 2 private enrollment predictions: 1.95 - 2.0 million as of midnight last night (the new official enrollment deadline for January) and one for New Year's Eve of 2.3 - 2.35 million. However, given the ever-changing enrollment deadlines (HHS made it 12/23, then 12/24, and now is saying that, like CoveredCA, they'll "work with" people who were partly enrolled by 12/24 to get them covered for 1/1/14), and the fact that Oregon and Minnesota have extended their own deadlines even further (12/27 for OR; 12/31 for MN), I'm merging both of these into a new, single prediction:

Enroll Alaska’s Chief operating officer Tyann Boling said Tuesday the insurance brokerage has enrolled more than 700 people thus far. That’s a big step up from November, when the company had signed up only 107 people.

OK, those numbers aren't for all of Alaska, they're just those enrolled through this particular organization, but it's still rather telling. The Nov. 30 total for Alaska as a whole was only 398 people; assuming a similar 7:1 ratio, they should be up to around 2,600 total by now. Of course, this would really be taken out of the 750,000 "unspecified" enrollees at the bottom of the spreadsheet, but it's still such a tiny number relative to the total that I'm not worrying much about that; it's just amusing to have this one tiny update in the midst of the others.