HERE WE GO AGAIN: The fate of the #ACA & healthcare coverage for up to 34 million Americans could be decided THIS MORNING (UPDATE)

UPDATE 5/17/21: (sigh) Never mind...again. There were several opinions announced this morning but the ACA case wasn't among them...again. The Sword of Damocles continues to dangle.

UPDATE: 5/24/21: (sigh) Never mind...again. There were two opinions announced this mroning but the ACA case wasn't among them...again. The Sword of Damocles continues to dangle.

The most devastating evidence against the GOP lawsuit to strike down the ACA came from the GOP...in more ways than one. 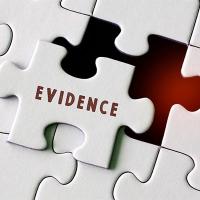 Millions of Americans are nervously awaiting the official ruling on the fate of the Affordable Care Act in response to the CA v. TX lawsuit (previously Texas vs. U.S. or Texas vs. Azar, though I've given it the hashtag #TexasFoldEm due to the Trump Administration's Justice Department deciding to not only throw the fight but to actively support the plaintiffs against the law of the land).

While the U.S. Supreme Court isn't expected to issue their decision until April at the earliest, it's possible that they'll publish their ruling earlier than that...potentially as soon as this Thursday morning, February 25th.

As I noted earlier today, the Big News® this today is President Biden's pending Executive Order to re-open HealthCare.Gov to a full 3-month COVID-19 Special Enrollment Period starting on February 15th. There's a whole bunch of other important stuff in today's healthcare XO, but some of them will take months to actually finalize and implement.

Frankly, re-opening HC.gov is actually one of the simplest and most obvious healthcare-related executive orders Biden could give at the moment. Now that the starting/ending dates are known, it raises one other important question.

UPDATE: The fate of the #ACA will be decided within the next 50 days.

On top of everything else, state #ACA exchanges have to explain that the law is still in effect

If you visit several of the state-based ACA exchange websites right now, you might notice a pattern:

It’s still 2020, so it only seems appropriate that we all have a lot on our plates. Despite the Texas v. California court case causing some news as it went before the Supreme Court this week, we continue to stay focused on our current Open Enrollment Period.

It is of note this year that individuals making up to $51,040 per year or a household of four making up to $104,800 annually may be eligible for financial help to lower their monthly premiums, healthcare discounts, or both. Nearly three quarters of all Connect for Health Colorado enrollments are financially assisted.

And, since plans and prices change every year, you can point people to our Quick Cost and Plan Finder Tool to see their options.

So, the idiotic, asinine and otherwise absurd GOP-brought, Trump-supported lawsuit to strike down the Patient Protection & Affordable Care Act finally had its (presumably final) day in court today...the United States Supreme Court, that is.

Here's my live-tweeting of the proceedings. I missed the first ten minutes of it and didn't tweet out everything, but this captures most of the Q&A.

Remember, there are three main questions for the SCOTUS to consider about the lawsuit:

Last night I threw together my very first online ACA seminar for about 40 people (plus an unknown number of Facebook Live viewers, assuming I set that up correctly). It runs about two hours; the first half was pretty much an updated version of my normal "3-Legged Stool" explainer.

For the second half, however, I was joined by University of Michigan law professor & ACA expert Nicholas Bagley who helped explain the intricacies of the absurd CA v. TX lawsuit to strike down the entire Patient Protection & Affordable Care Act (aka "TX v. Azar", "Tx. v. U.S." or, as I prefer to call it, "Texas Fold'em".

If you have two hours to kill, you can watch the whole thing here! If you want to skip past the ACA 101 stuff and go straight to Bagley & I discussing the lawsuit ahead of this morning's Supreme Court oral arguments, that starts at around the 70 minute mark.

Where does the ACA go from here? (updated)

There's still millions of ballots left to count, and no doubt some legal battles gearing up, but as of 11:00am on November 4th, the most likely scenario going into 2021 will be:

Keep in mind, however, that while the hearing will happen next week, their actual decision isn't expected to be announced until next spring...most likely between April and June.

If the ACA is struck down next spring, what about the rest of 2021? It's complicated...but definitely not good.

Five weeks ago, right after Supreme Court Justice Ruth Bader Ginsburg passed away, I once again wrote about the different options available to Democrats to save the ACA from a potentially disastrous SCOTUS ruling next spring...each of which would require them holding a trifecta in the House, the Senate and of course the Presidency:

As I understand it, two of these would also require the newly-Dem controlled Senate to also kill the filibuster (or to somehow convince enough Republicans to agree to hit the 60-vote threshold), while the third (raising the penalty back over $0.00) could be done with just 50 votes (+ VP Kamala Harris as the tiebreaker) via the reconciliation process...which itself gets messy.