Off-Topic: Everything (well, a bunch of stuff, anyway) you wanted to know about driving an EV but were afraid to ask! 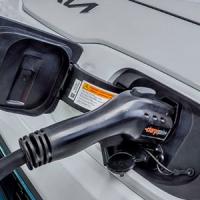 Regular readers may have noticed that I barely posted anything on the site last week, with good reason: I was out of town. I drove out to DC for a few days, ostensibly to attend the annual National Institute of Health Care Media (NIHCM) Awards Dinner, where I was a finalist in the Digital Media category this year.

(I didn't win, but that's OK...the competition was extremely impressive and it really was an honor just to be nominated, really!)

This was the fifth time I've visited the nation's capital, but the first time that I've driven. It's also the first road trip I've taken in an electric car, a brand-new 2022 Kia Niro EV (it replaced my 17-year-old Hyundai which was so badly rusted underneath that my mechanic was surprised it survived the past winter).

I don't often post blog entries about non-healthcare related issues, but I've had a lot of folks express curiosity about what it's like owning/driving an EV in the real world, so I figured this trip (which was, after all, for a healthcare awards dinner, and I also had healthcare policy meetings with a couple of folks on Capitol Hill) would be a good case study to give some thoughts on the subject.

So, I messed up royally last night... 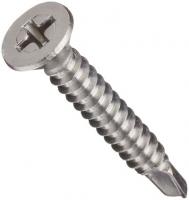 The Israel/Palestine situation is, as folks know, an ugly mess. Like so many other American Jews, I'm horrified by the draconian actions of the Netanyahu Administration in Israel. Emotions are high and the rise of both Islamophobia and Antisemitism here in the United States sure as hell doesn't help matters.

Last night I posted something on Twitter which was simultaneously incredibly stupid and potentially harmful to someone's career (it turns out it won't be, but I didn't know that at the time). Then I made things worse by inadvertently blocking the same person (I didn't realize I had done so until someone ripped on me for doing so); I immediately unblocked them and apologized for that...as well as apologizing profusely and repeatedly for the original screwup...but...yeah, too late.

It was one of those things where the more you try to explain/apologize the worse you make things.

I don't know whether the subject of my original tweet has accepted my apology or not as of yet (they haven't responded to it one way or the other as of this writing). I do know that at least a couple of people who I respect quite a bit have either rightly slammed me or, in at least one case, outright blocked me.

As you might imagine, I was also dogpiled by a bunch of people tearing me apart over both the original (since deleted) tweet, the block, and the rest of it.

Anyway, I screwed up royally, then compounded the screwup, and feel like crap at the moment, as I should. 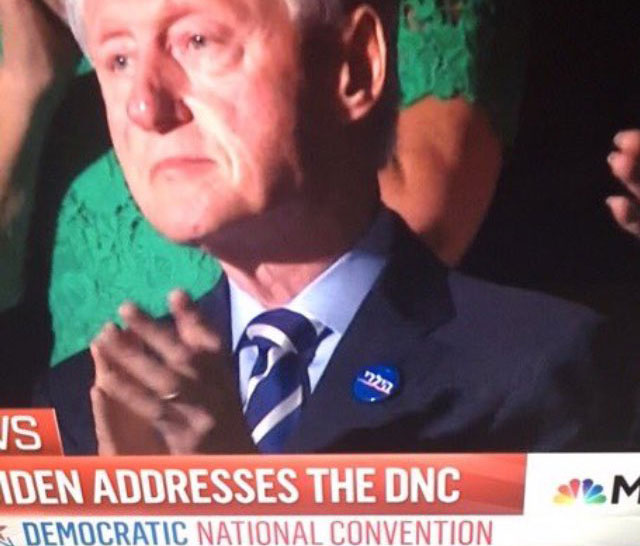 UPDATE: Some Thoughts re. "Superdelegates" and "The Will of the People"

OK, this is totally off-topic, and I know I'm gonna face an earful in the comments over this, but I have to make a few comments on the ongoing "Democratic Superdelegate" brouhaha amongst Bernie Sanders's supporters.

First of all, there are 712 "unpledged" delegates (or "superdelegates") for the Democratic Party this year out of 4,763 total. That's around 15% of all Democratic delegates. The eventual nominee needs at least 2,382 total delegates to win the nomination.

So, it's important to keep in mind that pledged delegates from primaries and caucuses determine around 85% of the total. It's the remaining 15% who people are getting all worked up about.

Normally, of course, this isn't an issue because one candidate or another ends up securing more than half of the grand total via the caucuses/primaries anyway, making the SDs a moot point.

Yes, this is off topic. No, I don't care tonight.

Yes, the entire Republican debate was a revolting, disgusting, putrid embarrassment from start to finish (with the odd exception of the moderators from FOX News, who actually did a great job).

However, forget about the discussion of Donald Trump's penis size which opened the evening (no, I'm not making that up, and no, it's not a metaphor).

There are only two parts of the travesty which deserves any attention whatsoever. First, this exchange:

UPDATE: Off-Topic: MSNBC or The Simpsons' "Rock Bottom"? You make the call!

I like Chris Hayes. He's the host of MSNBC's "All In with Chris Hayes". I wrote a post about the interview he did with former GOP Senator Judd Gregg, in which Gregg showed a jaw-dropping ignorance of basic statistics. I received a lot of traffic from Hayes last month thanks to him retweeting my post about Kentucky Governor Matt Bevin officially pulling the plug on the kynect exchange. Hell, Hayes even cited my work/this website on his show about two years ago, at the tail end of the 2014 Open Enrollment period (even if he didn't know who I actually was). So believe me when I say that I'm not posting this lightly.

Off-Topic: Not Funny Anymore (and never was, really)

As a progressive Democrat, I was thrilled when I heard Donald Trump was entering the Presidential race as a Republican, for obvious reasons.

I've been as guilty as anyone of treating Donald Trump like an entertainer, a joke.

The truth is, though, he wasn't being funny when he allegedly sexually assaulted his then-wife Ivana (even if she's since "recanted" her deposition testimony) many years ago.

He wasn't being funny when he went full racist birther on President Obama in 2012.

He wasn't being funny when he called Mexican immigrants "rapists" earlier this year.

It's a quiet Sunday afternoon, so what the heck.

If you ask most people what the earliest utterly absurd plot point in the original Star Wars​ movie ("A New Hope", 1977) was, they'd probably say the part about 7 minutes in where Gunnery Captain Bolvan tells Lieutenant Hija (yeah, I looked up their names) to "hold his fire" and not to bother shooting down the escape pod containing R2-D2 and C-3PO, because there were "no life forms onboard" (an odd thing to say in a universe filled with sentient robots...not to mention that Leia could have simply stowed the records on a hard drive or whatever and tossed it into the escape pod by itself for future recovery, but whatever).