“Mitt Romney’s hometown” refers to Bloomfield Hills, although this also includes the surrounding areas of Bloomfield Township (which includes the Cranbrook* private school where Mitt beat up and forcibly shaved a gay kid in his youth) and Birmingham (but not West Bloomfield, which is quite different).

When you limit the primary results to Mitt’s actual hometown, the Bloomfield-Birmingham area, the picture looks like this: 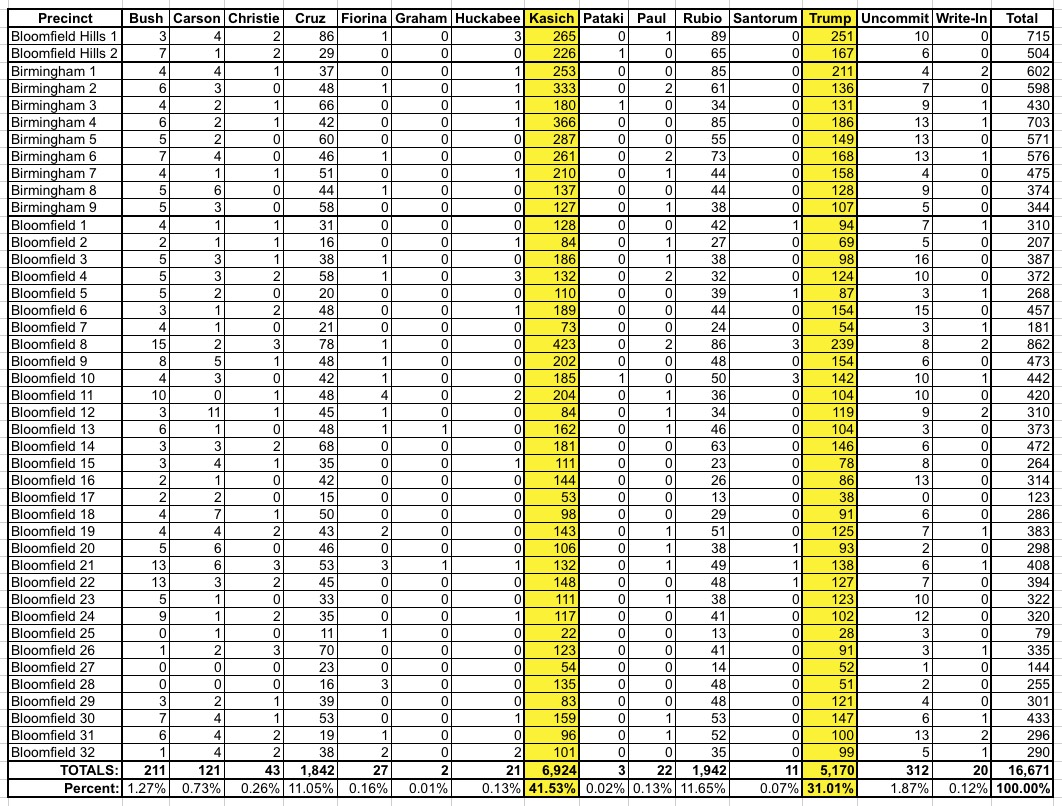 And yes, Kasich still won if you limit to the actual city of Bloomfield Hills itself, although closer (40% to 34%), although that's out of just 1,219 votes total.

Just wanted to clear that up.

*FUN FACT: This is also the “Cranbrook” referred to by Eminem in the final Rap Battle scene from “8 Mile”: