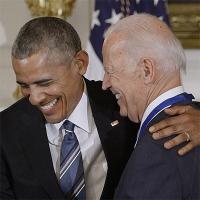 UPDATE: See the event at the White House live above!

Last week I heard rumors about some sort of major (?) announcement relating to the ACA happening this week, and last night NBC News officially broke the story:

Former President Barack Obama will return to the White House on Tuesday for the first time since he left office to promote the Affordable Care Act in an event alongside President Joe Biden, a White House official said.

...Vice President Kamala Harris will join them in delivering remarks about the expansion of health care benefits under the law, as well as Biden’s efforts to further reduce health care costs and expand access to care, the official added.

Health and Human Services Secretary Xavier Becerra and other members of the Cabinet, which includes a number of people who served in the Obama administration, are also expected to attend.