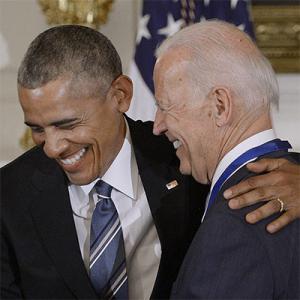 UPDATE: See the event at the White House live above!

Last week I heard rumors about some sort of major (?) announcement relating to the ACA happening this week, and last night NBC News officially broke the story:

Former President Barack Obama will return to the White House on Tuesday for the first time since he left office to promote the Affordable Care Act in an event alongside President Joe Biden, a White House official said.

...Vice President Kamala Harris will join them in delivering remarks about the expansion of health care benefits under the law, as well as Biden’s efforts to further reduce health care costs and expand access to care, the official added.

Health and Human Services Secretary Xavier Becerra and other members of the Cabinet, which includes a number of people who served in the Obama administration, are also expected to attend.

OK, so this sounds like a pretty high profile event--Obama, Harris and HHS Secretary Becerra, alongside President Biden at the White House.

So what's on the agenda? Well, CNN has a little more detail:

...A White House official said Biden, Vice President Kamala Harris and Obama "will deliver remarks celebrating the success of the Affordable Care Act and Medicaid in extending affordable health insurance to millions of Americans as a part of the President's agenda to cut costs for American families."

"The President will take additional action to further strengthen the ACA and save families hundreds of dollars a month on their health care," the official added.

Huh. OK, that doesn't tell me much. There's two possible "additional actions" I can think of off the top of my head which Biden could be announcing tomorrow:

From March 18, 2022 through December 31, 2022, APTC-eligible consumers with expected household incomes at or below 150% of the FPL can get the 150% SEP by submitting a new application or updating an existing one themselves online at HealthCare.gov, or with the help of an enhanced direct enrollment (EDE) partner, a traditional direct enrollment (DE) partner that supports SEPs, or the Marketplace Call Center

...Thanks to the American Rescue Plan...for 2021 and 2022, any ACA enrollee earning less than 150% FPL has to pay...nothing in premiums. As in, zero dollars for the benchmark Silver ACA plan; zilch. They still have some nominal cost sharing in the form of a small deductble & co-pays, but the premiums themselves cost them nothing. I refer to this as Secret Platinum, because for this population, the healthcare policies are technically labeled as "Silver" but are effectively "Platinum" in terms of how comprehensive the coverage actually is in practice.

Of course, President Biden may talk about both of the above; they're both a pretty Big F*cking Deal. Or...he may be announcing something else entirely which has been completely off my radar.

UPDATE: Sure enough, it looks like my second guess is the correct one (though it's possible that Biden, Harris, Obama or Becerra will mention the 150% FPL SEP as well). Via Politico:

The Biden administration is planning on Tuesday to propose a long-sought change to the Affordable Care Act aimed at lowering health insurance costs for millions of Americans, four people with knowledge of the matter told POLITICO.

The new policy is designed to close a loophole in the ACA known as the “family glitch” that’s prevented an estimated 5 million people from qualifying for subsidized health plans — even when they can’t find affordable coverage elsewhere.

UPDATE x2: It's official! Via the White House website:

Today, the Biden-Harris Administration is proposing a rule to strengthen the ACA by fixing the “family glitch,” which would save hundreds of thousands of families hundreds of dollars a month.

The Treasury Department and the Internal Revenue Service are proposing to eliminate the “family glitch.” Should today’s proposed rule be finalized, family members of workers who are offered affordable self-only coverage but unaffordable family coverage may qualify for premium tax credits to buy ACA coverage. Should the proposed change be made, it’s estimated that 200,000 uninsured people would gain coverage, and nearly 1 million Americans would see their coverage become more affordable. Many families would be able to save hundreds of dollars a month thanks to lower premiums. This proposed rule would amount to the most significant administrative action to improve implementation of the ACA since its enactment.

It's important to understand that while around 5.1 million Americans could potentially benefit from fixing the Family Glitch, that doesn't mean all of them would, or even that all of those who could would actually take advantage of it. After all, according to the Kaiser Family Foundation, over 10 million uninsured Americans are already eligible for subsidized ACA coverage right now who haven't signed up, and another ~7 million are eligilbe for Medicaid/CHIP but haven't done so for various reasons.

In the case of the Family Glitch population, a lot of those who are currently shut out by it do have healthcare coverage via their employer; they're just paying through the nose for it. Many of those folks will hopefully move to an ACA exchange plan to save thousands of dollars per year, but not all of them will.

In some cases their employer coverage may have better provider networks; in other cases, the savings from making the move may only be nominal and thus not seen as being worth the effort of making the move. With all this in mind, the White House estimate of perhaps 1 million transitioning over and another ~200K uninsured gaining coverage may not be as conservative an estimate as it looks at first.

In addition, it looks like President Biden is also doubling down on getting the executive branch to push as hard as possible to strengthen the ACA via regulatory moves without needing Congressional action in other ways as well:

Last January, President Biden signed an Executive Order directing federal agencies to take action to strengthen Medicaid and the Affordable Care Act. Today, President Biden is building on that directive with a new Executive Order directing federal agencies to continue doing everything in their power to expand affordable, quality health coverage. This includes:

The fourth bullet above stronglhy suggests that President Biden plans on cracking down on #ShortAssPlans, among other things.