There was practically no change whatsoever between the rate changes requested by Louisiana carriers for the 2019 ACA individual market and the rates approved by the state insurance regulators. However, it's still good to be able to lock in the official rates just ahead of the Open Enrollment Period itself, including the individual filing data.

Overall, unsubsidized premiums should drop around 6.5%, which is good news...except that, once again, if it weren't for the ACA's individual mandate being repealed and #ShortAssPlans being expanded by the Trump Administration, I estimate they'd be dropping by another 9.3%, give or take, for a total premium reduction of more like 15.8% on average.

At $649/month full-price on average this year, that means the average unsubsidized enrollee will be paying somewhere around $724 more apiece next year due to those factors.

WARNING: As far as I can figure, Texas's ACA-compliant individual market totals somewhere around 1.4 million people (Mark Farrah Associates estimated the entire individual market at 1.6 million a little over a year ago; of that I estimate roughly 180,000 were enrolled in grandfathered or transitional plans). The breakout as of today should be roughly 1.1 million on-exchange enrollees and perhaps 300,000 off-exchange.

Unfortunately, while the SERFF database shows 2019 listings for most of the 11 carriers which offer ACA policies in Texas this year, it only actually has the filings posted for 3 of them so far: CHRISTUS, Sendero and FirstCare Health Plans (aka SHA, LLC). Even then, those three carriers hold a pretty small share of the market, totalling just 65,000 enrollees. That means I only have actual 2019 rate data for about 5% of the ACA market available so far.

This is about as simple as I could make it. It's an absolutely absurd argument, but there it is: 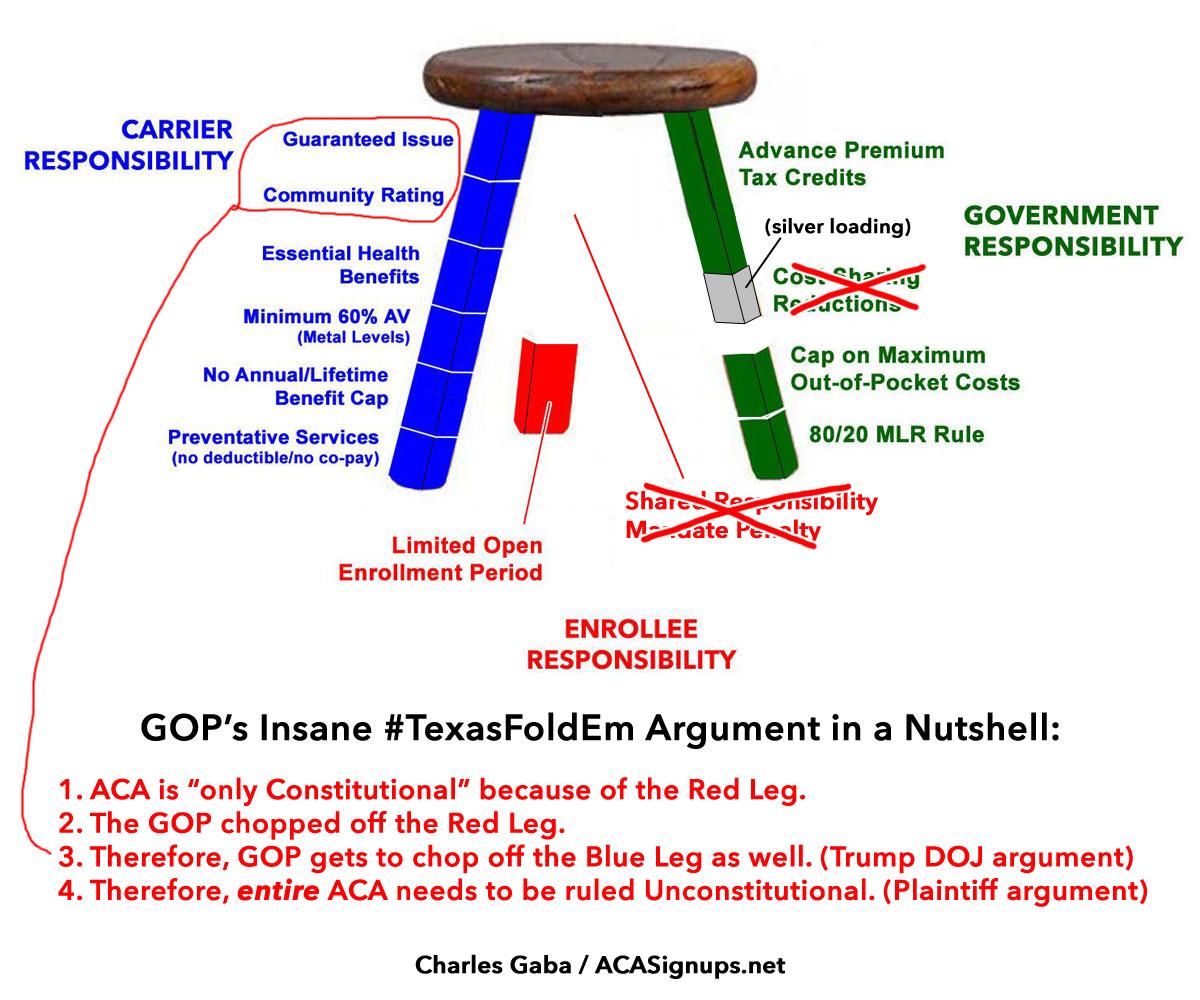