There was practically no change whatsoever between the rate changes requested by Louisiana carriers for the 2019 ACA individual market and the rates approved by the state insurance regulators. However, it's still good to be able to lock in the official rates just ahead of the Open Enrollment Period itself, including the individual filing data.

Overall, unsubsidized premiums should drop around 6.5%, which is good news...except that, once again, if it weren't for the ACA's individual mandate being repealed and #ShortAssPlans being expanded by the Trump Administration, I estimate they'd be dropping by another 9.3%, give or take, for a total premium reduction of more like 15.8% on average.

At $649/month full-price on average this year, that means the average unsubsidized enrollee will be paying somewhere around $724 more apiece next year due to those factors. 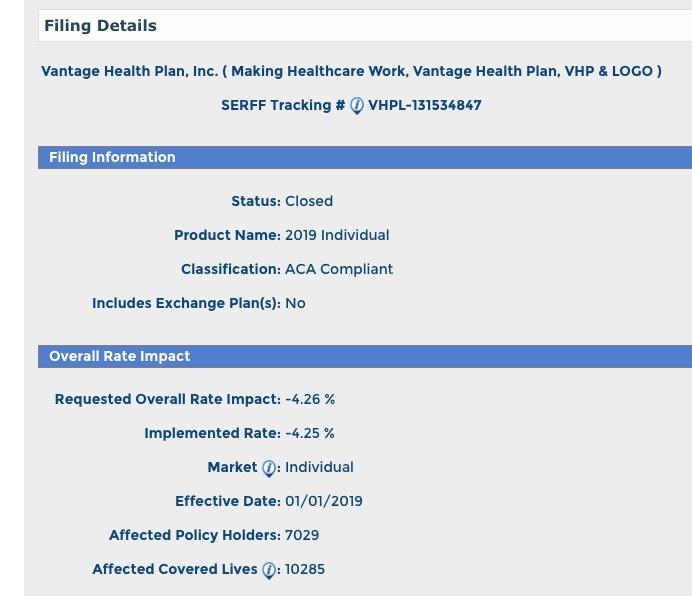 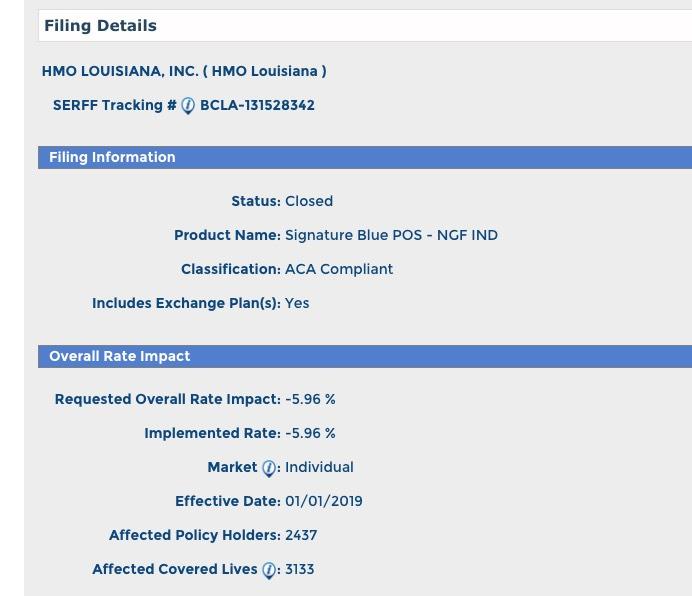 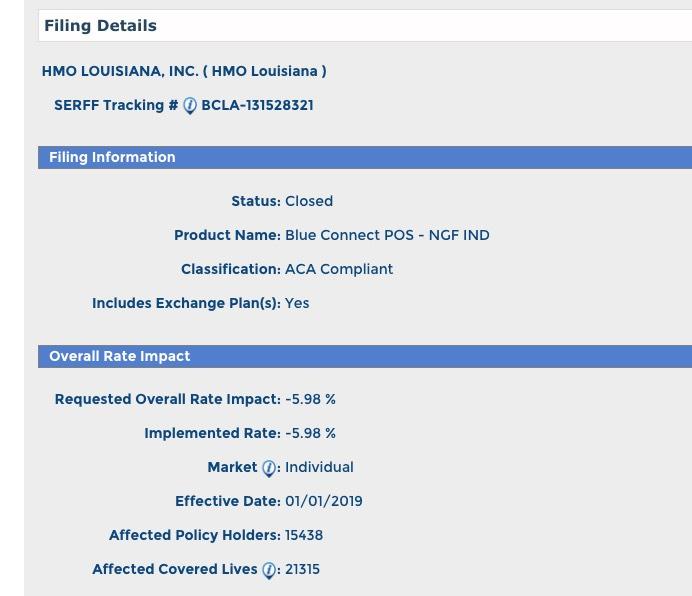 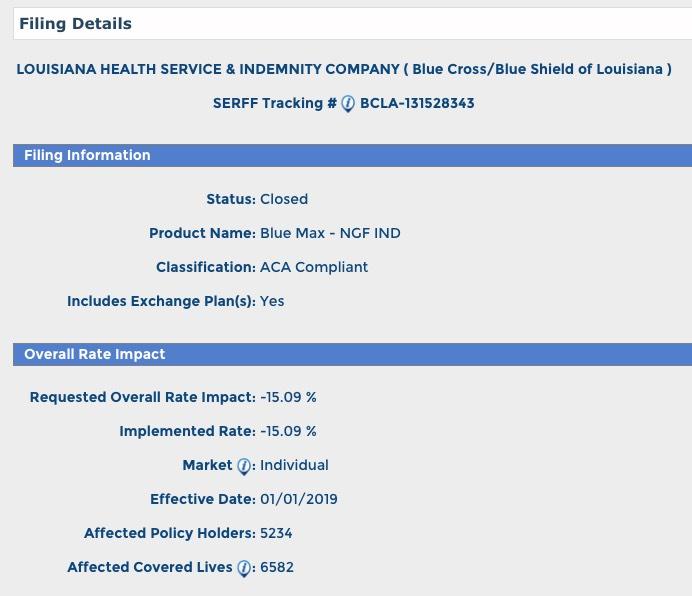 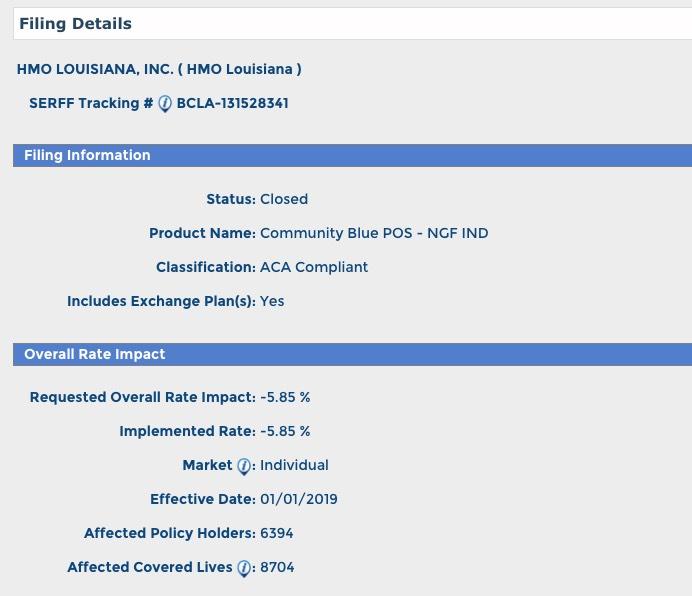 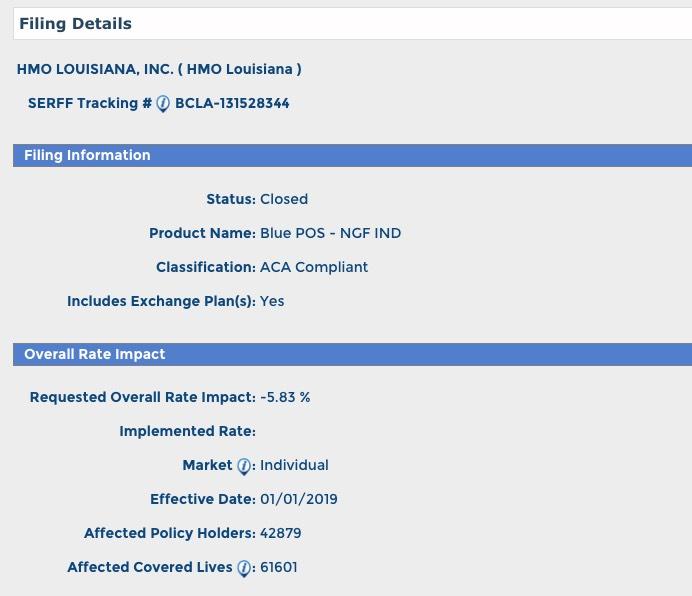 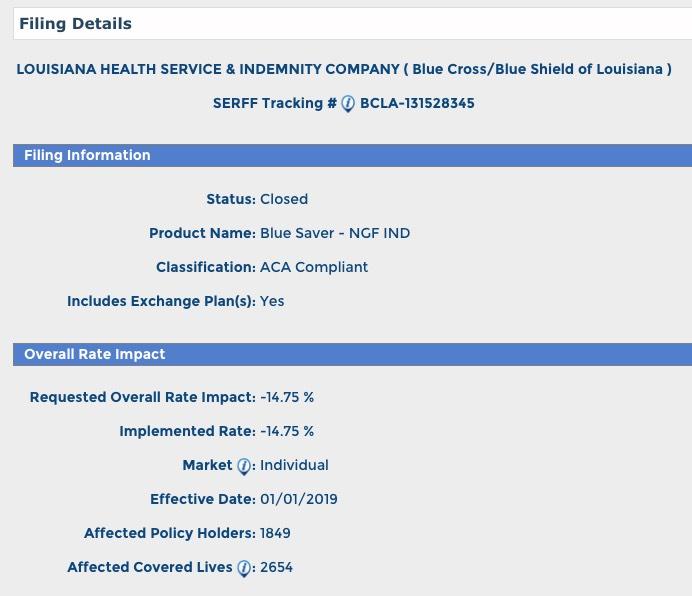