We're about to find out what happens when 6 million people try to squeeze through a door designed for 60,000. 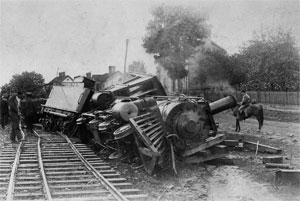 Over the years, I've estimated that even during the off-season (that is, outside of the official annual ACA Open Enrollment Period window), around 7,000 - 9,000 Americans typically enroll in ACA exchange coverage each and every day via Special Enrollment Periods (SEPs).

SEPs are typically a 60-day enrollment window during which you're eligible to #GetCovered via your state's ACA exchange if you have a Qualifying Life Experience (QLE), such as losing your existing healthcare coverage; getting married or divorced (and thus losing your current coverage); giving birth or adopting a child (to add them to your policy); turning 26 and being dropped from your parents plan; moving outside of your current state or rating area; getting out of prison or the military; becoming ineligible for Medicaid due to your income increasing; and a few other reasons.

As I've explained before, the whole point of having a limited time window during which you're allowed to enroll in the first place is mainly to prevent people from gaming the system by waiting until they're sick or injured before they enroll in coverage. This is the same reason why you aren't allowed to wait until after you get into a car crash to sign up for auto insurance, and why you can't wait until after your house catches on fire to get homeowner's insurance. Nearly every state legally requires the former, and no bank in the country will give you a mortgage until you've secured the latter.

The reason for SEPs, however, is that there are some life changes where you find yourself without health insurance through no fault of your own. A couple getting married or divorced doesn't want to wait until Open Enrollment to do so. Someone getting out of jail isn't gonna tell the warden they'll stick around for a few extra months. A young adult turning 26 can't move their birth date forward half a year.

And when someone is laid off or fired, their boss isn't likely to hold off until November 1st to do so as a courtesy to their employees (well, a few very nice ones will, but it's pretty rare).

SEPs are considered kosher by the Centers for Medicare & Medicaid (CMS) because none of the examples above involve attempting to game the system. Not many people are gonna concoct an elaborate scheme just so they can enroll in that sweet, sweet ACA exchange healthcare coverage (OK, some people do get married earlier than they planned for that reason, but that's still a pretty steep hill to climb).

Having said that, in order to enroll in ACA exchange coverage outside of the official time window (11/01 - 12/15 in HealthCare.Gov states; most of the state-based exchanges have later deadlines), you do generally have to provide some sort of documentation to verify that you did, in fact, get married, give birth, turn 26...or lose your employer-sponsored health insurance when you were laid off. This generally involves mailing or uploading a copy of the marriage certificate or coverage termination notice to CMS.

I wrote a lot about both the number of SEP enrollees as well as the documentation verification issue several years ago. My take was that I had no idea how big of a problem "gaming the system" actually was, but that if it really was an issue, I felt it was reasonable to require some basic documentation...as long as it was as seamless and easy as possible.

In 2014 - 2015, CMS was pretty lax on the issue...they pretty much left it up to the honors system, although if someone was busted lying, they'd presumably be prosecuted or at least be kicked off their coverage. The carriers complained about it, and in 2016, then-CMS Administrator Andy Slavitt did indeed implement some verification procedures:

Enforcing the Rules: Finally, we will take steps to make sure that consumers understand and comply with the rules. We will conduct an assessment of plan selections that are made through certain special enrollment periods to evaluate whether consumers properly accessed coverage. Our program integrity team will pull samples of consumer records nationally and may request additional information from some consumers or take other steps to validate that consumers properly qualified for these special enrollment periods. The findings from the assessment will help us to inform future policy and operational improvements to enhance program integrity. Additional details will be provided in the coming weeks.

We will also emphasize more strongly to applicants that the law requires that consumers provide accurate information to the Marketplace, and they may be subject to penalties under federal law if they intentionally provide false or untrue information.

Under the last year of the Obama Administration, documentation was only required on a randomized basis...it was more like a train conductor randomly checking tickets of a fraction of the passengers to keep everyone else on the straight and narrow.

Starting in 2017, however, under the Trump Administration, CMS started requiring everyone who wanted to enroll via a SEP to upload documentation of their QLE...and then it had to go through the verification process, in which someone at CMS would give it the OK.

So, how many people are we talking about here?

Well, the data is scattershot, but I do have the hard numbers for HealthCare.Gov from 2015:

Remember, HealthCare.Gov only hosts around 75% of all ACA exchange enrollees, so my 8,000/day national ballpark estimate was pretty good!

According to the CMS report, in 2015, 60% of SEP enrollees signed up because they lost their current coverage. Another 18% had been denied Medicaid coverage. 9.4% were va a one-time "I didn't know about the mandate penalty" SEP. When you subtract that out, it's actually 66% who used the "lost my coverage" SEP.

OK, so around 6,000 people enroll via SEPs in HealthCare.Gov states each and every day during the off-season. Of those, around 2/3 do so because they lost their current coverage...and the vast majority of those cases involve employer-sponsored insurance (once you're on Medicare, you're generally on Medicare, after all, and loss of Medicaid eligibility is listed separately, so that doesn't leave a whole lot of other scenarios). Let's call it 4,000 people per day due to loss of employer-based coverage.

So what's the problem? This:

’No words for this’: 10 million workers file jobless claims in just two weeks

Ten million people have lost their jobs in the past 2 weeks alone...with many more sure to come over the next few weeks.

Mind you, not all of these people are going to lose their healthcare coverage at the same time; many of them don't have any health insurance to begin with, after all...primarily those who work for small businesses which don't provide it to them or those who only work part-time for larger businesses which do provide it, but only for full-time employees. In many cases, those losing their jobs will also see their income drop enough--even with the expanded/enhanced unemployment benefits which were recently passed by Congress--for them to become eligible for Medicaid instead.

Even so, that's still a ton of people who will a) lose their current health insurance but b) will still earn too much to qualify for Medicaid, and thus c) will become eligible for a traditional Special Enrollment Period...provided they submit the required documentation of their status.

My guess is something like a six million person problem, give or take.

That's six million people who are going to be desperately scrambling to jump through all of the hoops which CMS is placing in front of them for no legitimate reason whatsoever.

That's one hundred times the number of people who would typically enroll in "lost my coverage" SEPs via HealthCare.Gov in a typical two-week period.

So what's that gonna look like? Well, Andrew Sprung of Xpostfactoid looked into it, and the answer isn't pretty at all:

Shelli Quenga, Director of Programs at the Palmetto Project in North Charleston, South Carolina, a nonprofit brokerage* serving primarily low income clients, explained to me that obtaining a SEP after loss of job-based (or other) insurance coverage is difficult in the best of times. "The process is deliberately cumbersome, and it's going to cause people to remain without coverage," she worries.

First, you need a date when your coverage ended, and that in itself can be difficult to obtain.

Once you have entered that information, the marketplace gives you thirty days to provide documentation -- a letter from your employer or the insurance carrier stating the coverage termination date. A letter offering COBRA, the extension of job-based insurance for which the ex-employee must pay full price, will also serve. If documentation isn't provided within 30 days, you have to start the application process over again. And you have only a 60-day window from date of coverage loss to be granted a SEP.

Remember, this is under normal circumstances and a normal SEP verification/documentation load.

What about the current crisis?

Imagining current predicaments, Quenga posits, "You can't just go into your place of business and talk to them because the business is closed. "Your own supervisor may have been laid off. So who are you supposed to talk to?"

Once the termination date has been nailed down and an application started, the 30-day window to provide documentation begins (meanwhile, the applicant still lacks coverage). "Insurance companies typically don't provide the certificate of creditable coverage until your coverage has actually ended, and that usually takes two weeks if they're coming by snail mail," Quenga says.

...unless CMS Administrator Seema Verma does what she should have done a couple of weeks ago in the first place, and announces a COVID-19 Special Enrollment Period (or, at the very least, if she waives the verification process for the normal SEP entirely, which would amount to pretty much the same thing).

UPDATE 4/9/20: It's important to reiterate that the back-of-the-envelope "6 million" figure in the headline above was from when 10 million people had newly filed for unemployment. This morning it was reported that another 6.6 million filed for unemployment last week, and that the prior figures were actually 300K higher than originally reported. That brings the total up to 16.8 million.

So...an updated headline would be more like "What happens when 10 million people squeeze through a door for 60,000..."

UPDATE 4/16: Another week, another unemployment report... 22 million Americans have now filed for unemployment in the past month. That translates into perhaps 13 million people newly eligible for a HC.gov COVID-19 SEP...if they were to launch one...