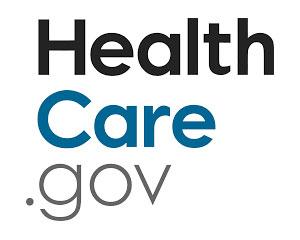 In week three of the 2022 Open Enrollment Period, approximately 810,000 people selected individual market plans through the 33 states that use the HealthCare.gov platform. During the Open Enrollment Period, to date, approximately 2,435,000 people have selected individual market plans on HealthCare.gov. As in past years, enrollment weeks are measured Sunday through Saturday.

For 2022 three states, Kentucky, Maine and New Mexico, transitioned to State-based Marketplaces (SBMs) for the 2022 Open Enrollment Period. These factors should be considered in any year-over-year HealthCare.gov enrollment comparisons. As in past years, the final Open Enrollment numbers, including SBM numbers, will be provided after Open Enrollment ends in all states.

At first glance this looks like it's only 2.3% higher than last year's nearly-identical Week Two tally of 2,380,527 enrollees.

First, last year's Week Two total included twenty-one days...whereas this year's only includes twenty (the Snapshot Reports run from Sunday - Saturday; last year November 1st happened to fall on a Sunday, this year it was on a Monday).

Secondly, as noted above, this year three states split off from HC.gov onto their own exchanges (Kentucky, Maine and New Mexico). Last year, 45,752 of the HC.gov enrollees in the first 3 weeks were from those three states, or 1.9% of them. When you remove those, the other 33 states on HC.gov only had 2,334,775 enrollees.

It's also worth noting that active renewals (again, when adjusted for the missing day & states) are up 14.4% vs. last year:

Around 25% of all of Missouri & Oklahoma's 2021 OEP HC.gov enrollments happened in the first three weeks last year. If you assume a proportionate number of the 100 - 138% crowd signed up the first week, that's another ~28,000 who need who need to be discounted for an apples to apples comparison, which would mean 2022's first week is actually running 10.8% higher on a per-day basis!

Unfortunately, this first Weekly Snapshot doesn't include a state-by-state breakout, but that should be coming next week (I hope)...