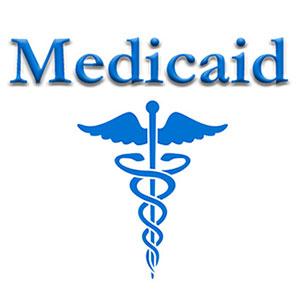 I've reformatted the Tradeoffs table slightly to be alphabetical and have also taken the mid-point of the Kentucky range in order to extrapolate how many people are likely to be ruled ineligible once the emergency formally ends: 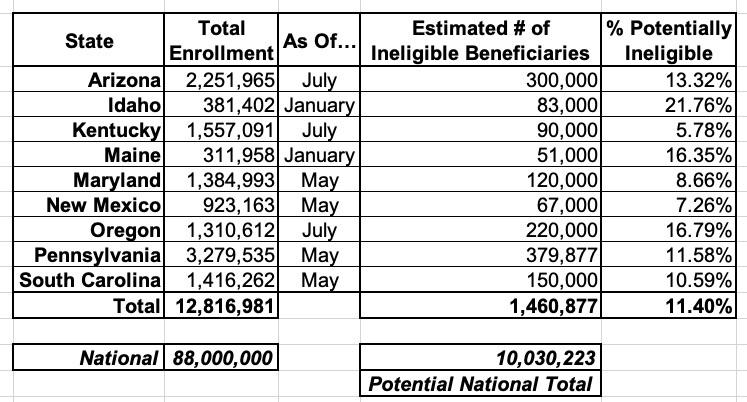 I should note that a few of the numbers above (Arizona, Kentucky and Oregon) are actually even more recent than my own:

I didn't check Idaho or Maine because both of those are older than my own estimates, but for the other 7 states that's over 370,000 more enrollees as of this spring/summer than my figures indicated.

Obviously Medicaid enrollment and eligibility levels vary greatly from state to state, so I don't know how representative these 9 are, but it suggests that at least 10 million Americans could get the boot from Medicaid and/or CHIP programs sometime early next year, or over 11% of the total nationally. Some estimates put the national total as high as 15 million.

Of course, the reason why these folks would be disenrolled from the program is supposed to be because their financial or other circumstances have since improved to the point that they no longer qualify. If they're doing much better financially and no longer "need" Medicaid for their healthcare expenses, that's a good thing.

So what's the problem? Well, it's twofold: First, some states have absurdly stingy financial thresholds for traditional Medicaid enrollees in the first place. For instance, in Florida, while children are eligible for Medicaid or CHIP if the family's household income is up to 210% of the Federal Poverty Level (the program eligibility depends on income and age), their parents are only eligible up to 30% FPL. 100% FPL for a family of 4 is just $26,500/year, and Florida hasn't expanded Medicaid under the ACA, so 30% of that is just $7,950/year...or $663/month.

If that family became eligible to enroll in Medicaid last year because they only earned $660/month but by next January they've only managed to bump it up to, say, $680/month, the parents will be given the boot even though that extra $20/month doesn't exactly mean they're living large now.

The second major problem is laid out in the podcast itself, as well as by Levi on Twitter:

Finally, Trump's CMS encouraged states in Dec. 2020 to prep for the end of the PHE by checking eligibility during the pandemic and said they could use redeterminations that were up to 6 months old. A lot can change in 6 months during a pandemic.

Biden's CMS told me that it's evaluating the 6 month rule and the rest of that Dec. 2020 guidance and will likely released updated guidance soon. Experts expect that guidance to be more "beneficiary friendly" and lean more toward giving states more time to do this work.

...all of which sets up some logistical headaches:

Several Medicaid offices told me they take that to mean it'll end 12/31/21 — so states would lose their extra $ and have to start moving folks off rolls on Jan. 1.

To do this right, Medicaid directors say they need:
- As much time as possible
- Clarity on when the PHE will end
- Congress to keep sending extra money even after the PHE ends

Of course with the #DeltaVariant now raging and a huge chunk of the population refusing to #GetVaccinated, it's conceivable that this problem will become moot for awhile longer than expected...