For Pennsylvania, I'm relying on raw data from the Pennsylvania Dept. of Human Services for January 2021 and later.

Pennsylvania didn't launch ACA expansion until 2015. Once it ramped up, total enrollment (both ACA & non-ACA) hovered around the 2.8 - 2.9 million range until COVID hit. Since then, non-ACA Medicaid has gone up by 9.8%; the expansion population has grown by 29.8%; and overall enrollment is up 15.2%.

Add in the ~292,000 subsidized ACA exchange enrollees and that's around 1.284 million Pennsylvania residents who would lose healthcare coverage if the Supreme Court strikes down the Affordable Care Act, or 9.9% of the state population. 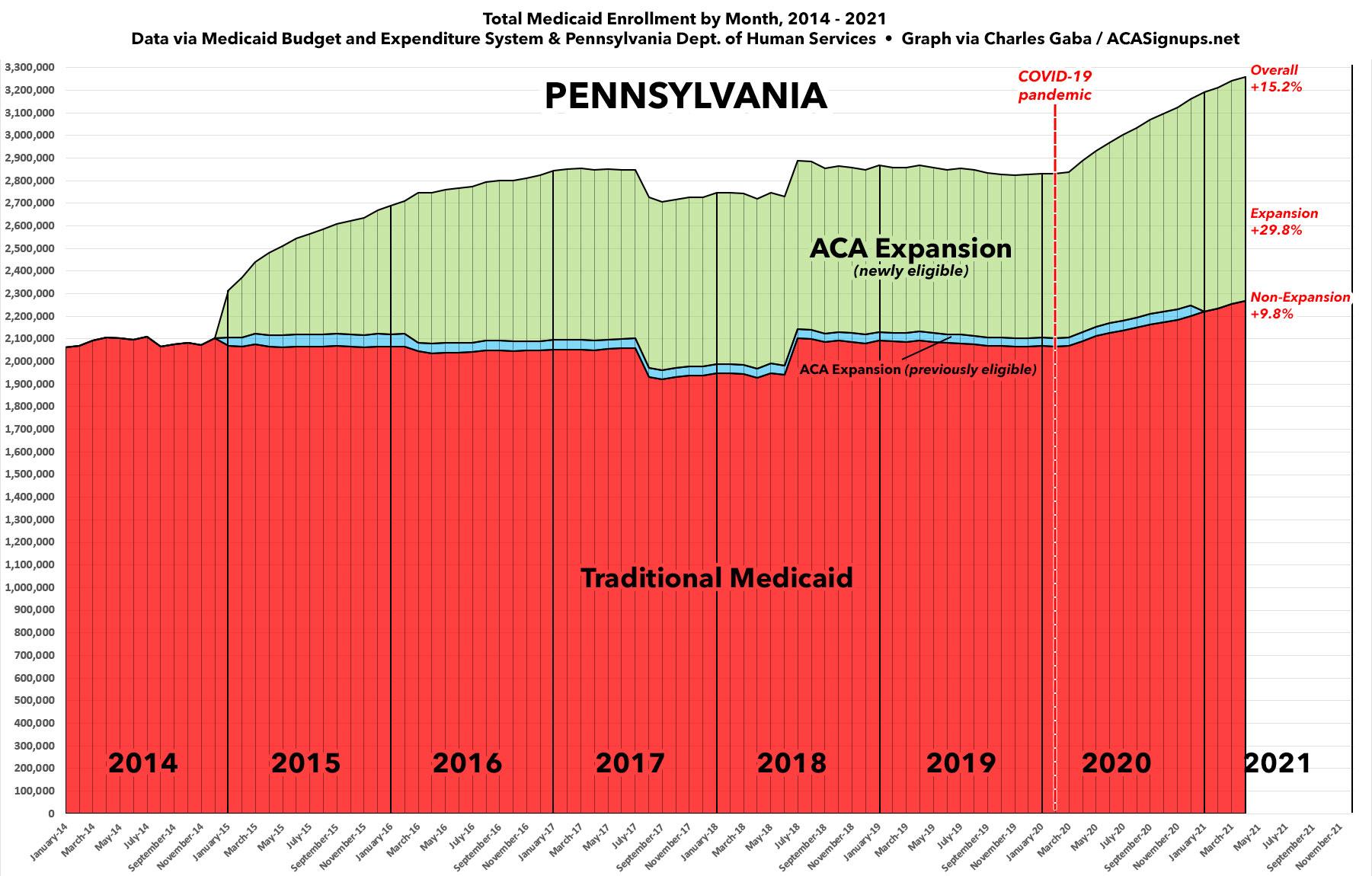