For January 2021 and beyond, I'm using adjusted estimates based on raw data from the West Virginia Bureau for Medical Services.

Add in the ~18,000 subsidized ACA exchange enrollees and that's around 214,000 West Virginians who would lose healthcare coverage if the Supreme Court strikes down the Affordable Care Act, or 11.9% of the state population. 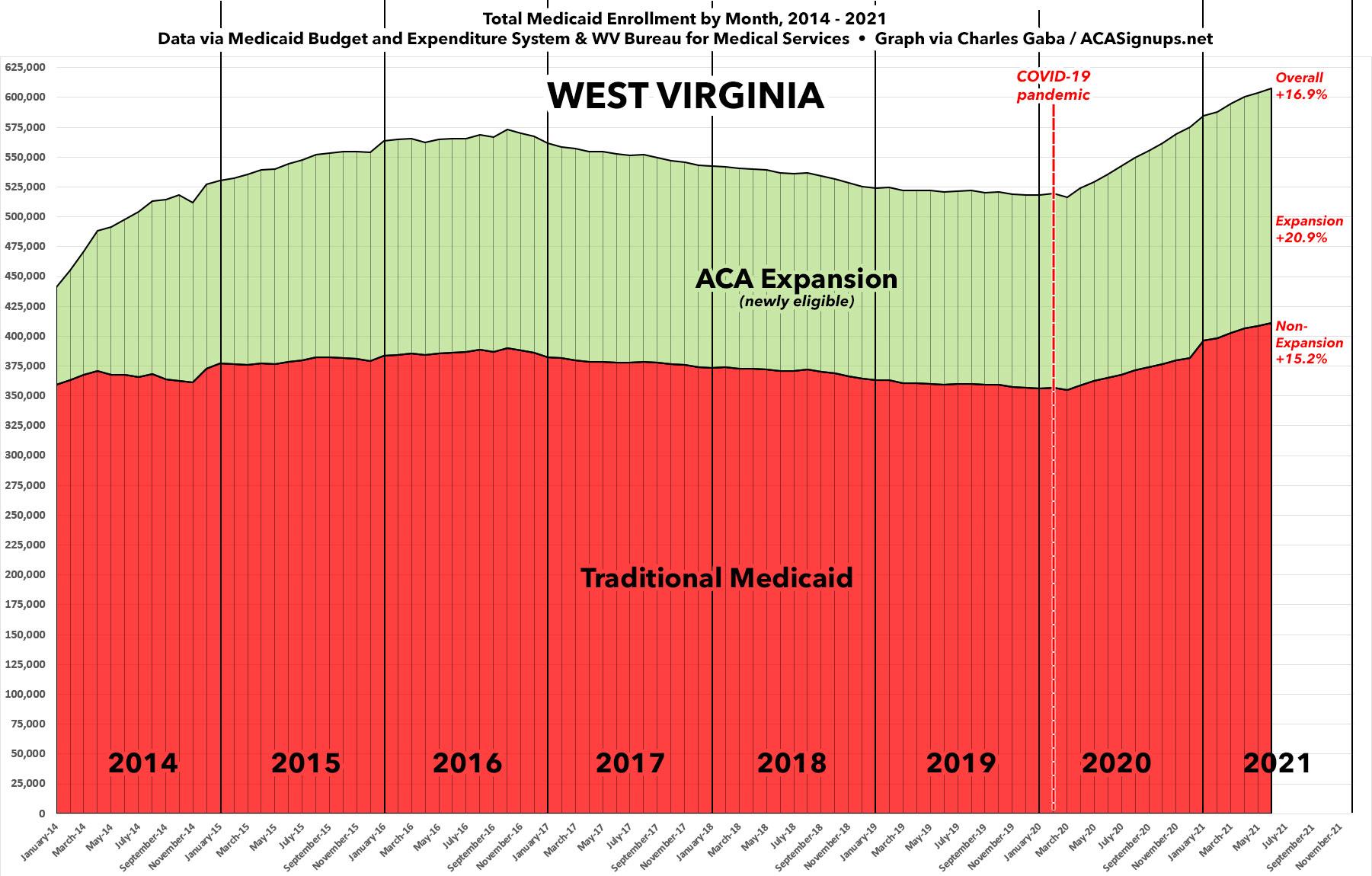