Total Medicaid enrollment in Washington State (including ACA expansion) hovered around the 1.8 million mark for years, but dipped down to around 1.7 million prior to the COVID pandemic hitting. Since then, non-ACA enrollment has increased by 6.8% and the expansion population has gone up by 28.2%, for an overall increase of 13.7%.

Add in the ~130,000 subsidized ACA exchange enrollees and that's around 841,000 Washington State residents who would lose healthcare coverage if the Supreme Court strikes down the Affordable Care Act, or 10.9% of the state population. 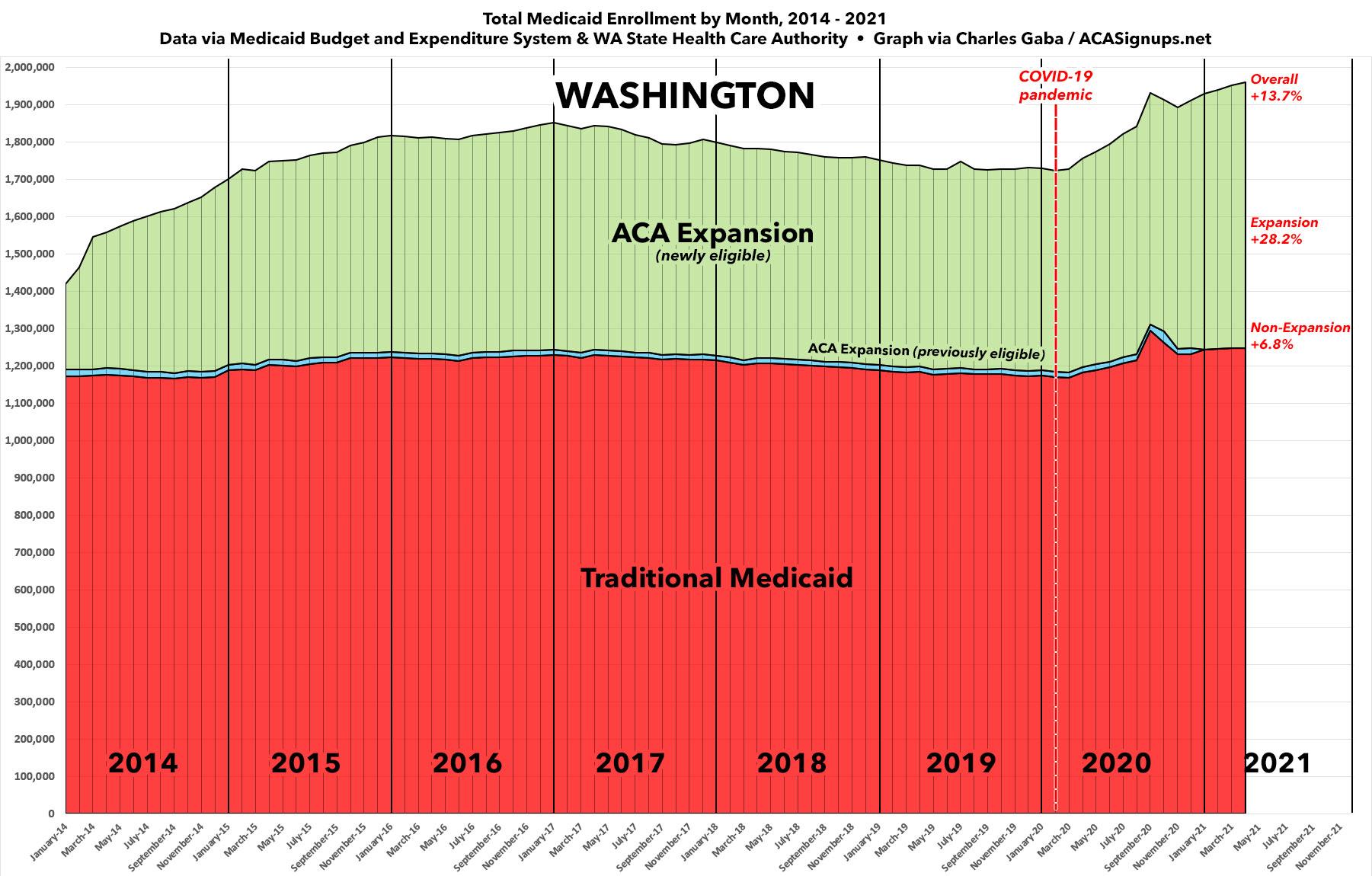