For enrollment data from January 2021 on, I'm relying on adjusted estimates based on raw data from the New Jersey Dept. of Human Services.

New Jersey's total Medicaid enrollment (including ACA expansion) jumped from around 1.6 million just before COVID hit the state hard to nearly 1.9 million today, with traditional Medicaid going up 11.3% and ACA expansion increasing by nearly 30%, for an overall hike of 17.4%. 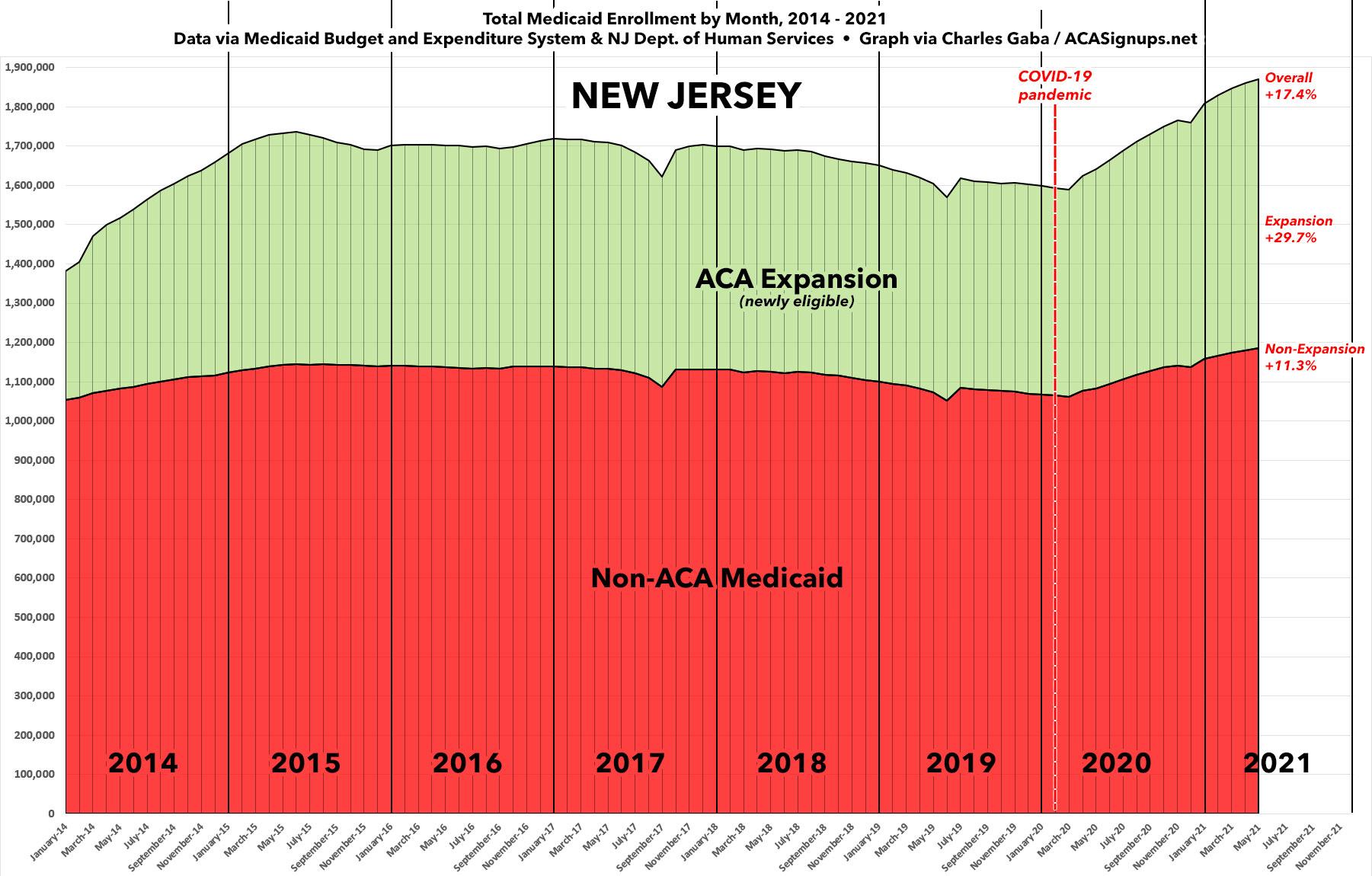