For enrollment data from January 2021 on, I'm relying on adjusted estimates based on raw data from the New Hampshire Dept. of Health & Human Services. 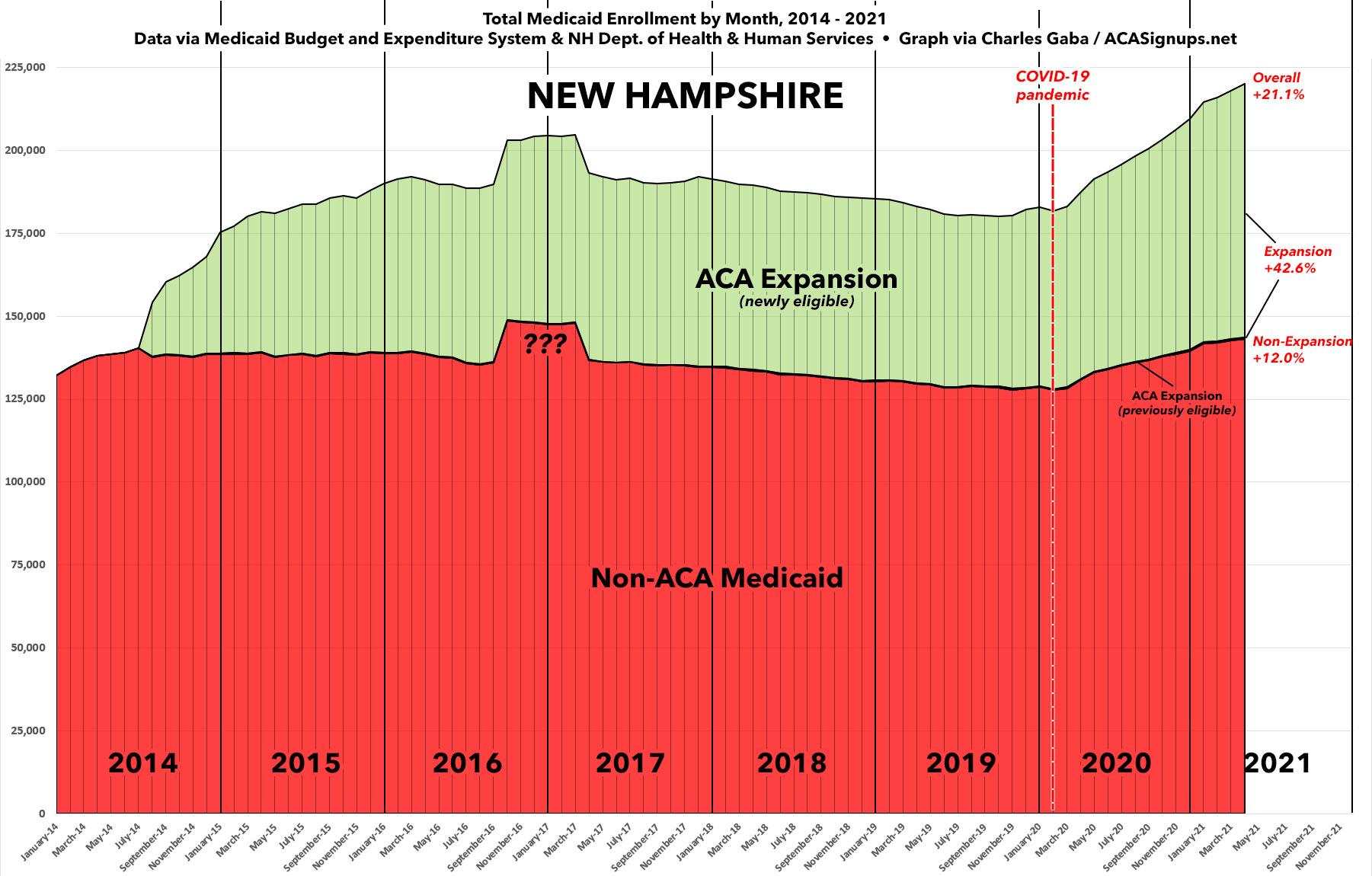