For enrollment data from January 2021 on, I'm relying on adjusted estimates based on raw data from the Nebraska Dept. of Health & Human Services, along with this article from the Lincoln Journal-Star.

Nebraska didn't implement ACA expansion until last fall, making it impossible to compare enrollment in the program against the pre-COVID era...but total Medicaid enrollment, which hovered around 250,000 people for several years prior to both, has jumped by nealry 33% since last February. 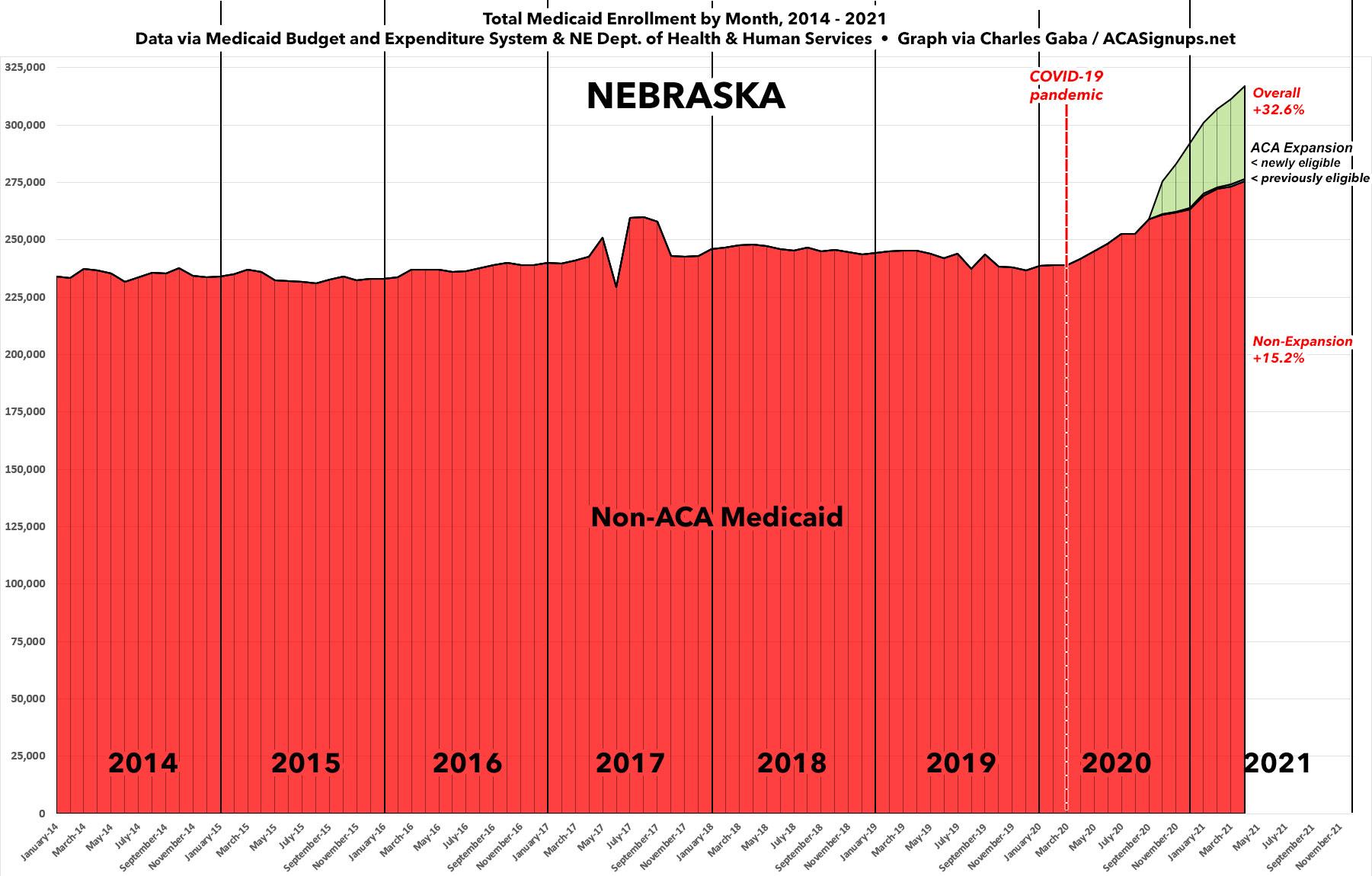