Today I'm presenting Indiana. For enrollment data from January 2021 on, I'm relying on adjusted estimates based on raw data from the Indiana Family & Social Services Administration.

Indiana total Medicaid enrollment hovered around 1.3 million people (including ACA expansion) for several years until the COVID pandemic hit last spring. Oddly, CMS records show there being a substantial population of "previously eligible" expansion enrollees throughout 2015, 2016 & 2017 before they just sort of disappear starting in 2018, absorbed into the "traditional Medicaid" population. Huh.

Since COVID hit, non-ACA Medicaid enrollment has jumped 19.6%, while ACA expansion enrollment is up a whopping 52.3%. This brings total enrollment up by around 27.4% from pre-COVID levels. 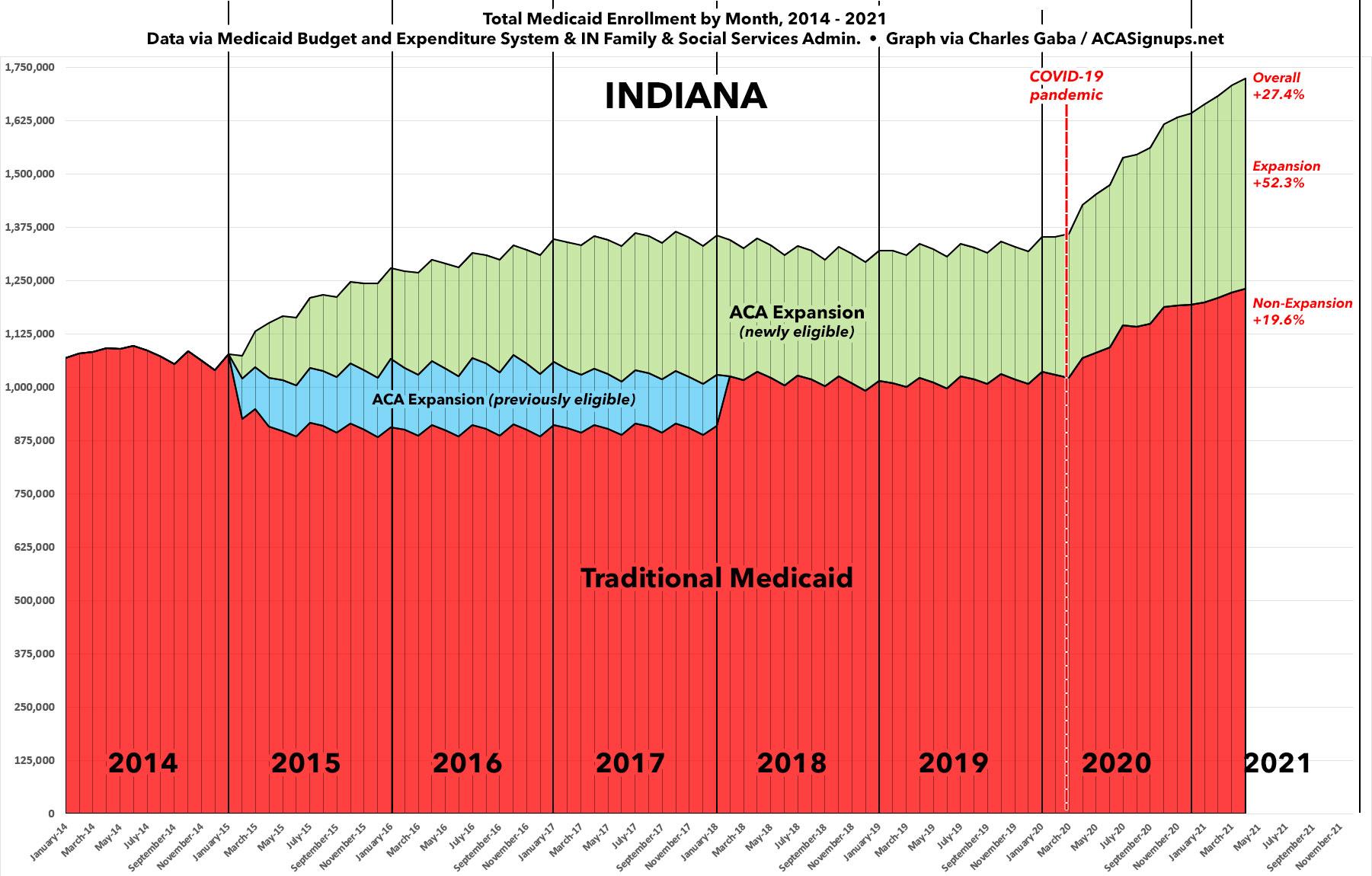