Today I'm presenting Illinois. For enrollment data from January 2021 on, I'm relying on adjusted estimates based on raw data from the Illinois Dept. of Healthcare & Family Services.

Illinois total Medicaid enrollment drifted gradually downwards from a high of around 3.0 million back in early 2015 down to around 2.7 million statewide just before the COVID pandemic hit last spring. Since then, non-ACA Medicaid enrollment has jumped 23.8%, while ACA expansion enrollment is up a whopping 30.3%. This brings total enrollment up by around 25.5% from pre-COVID levels. 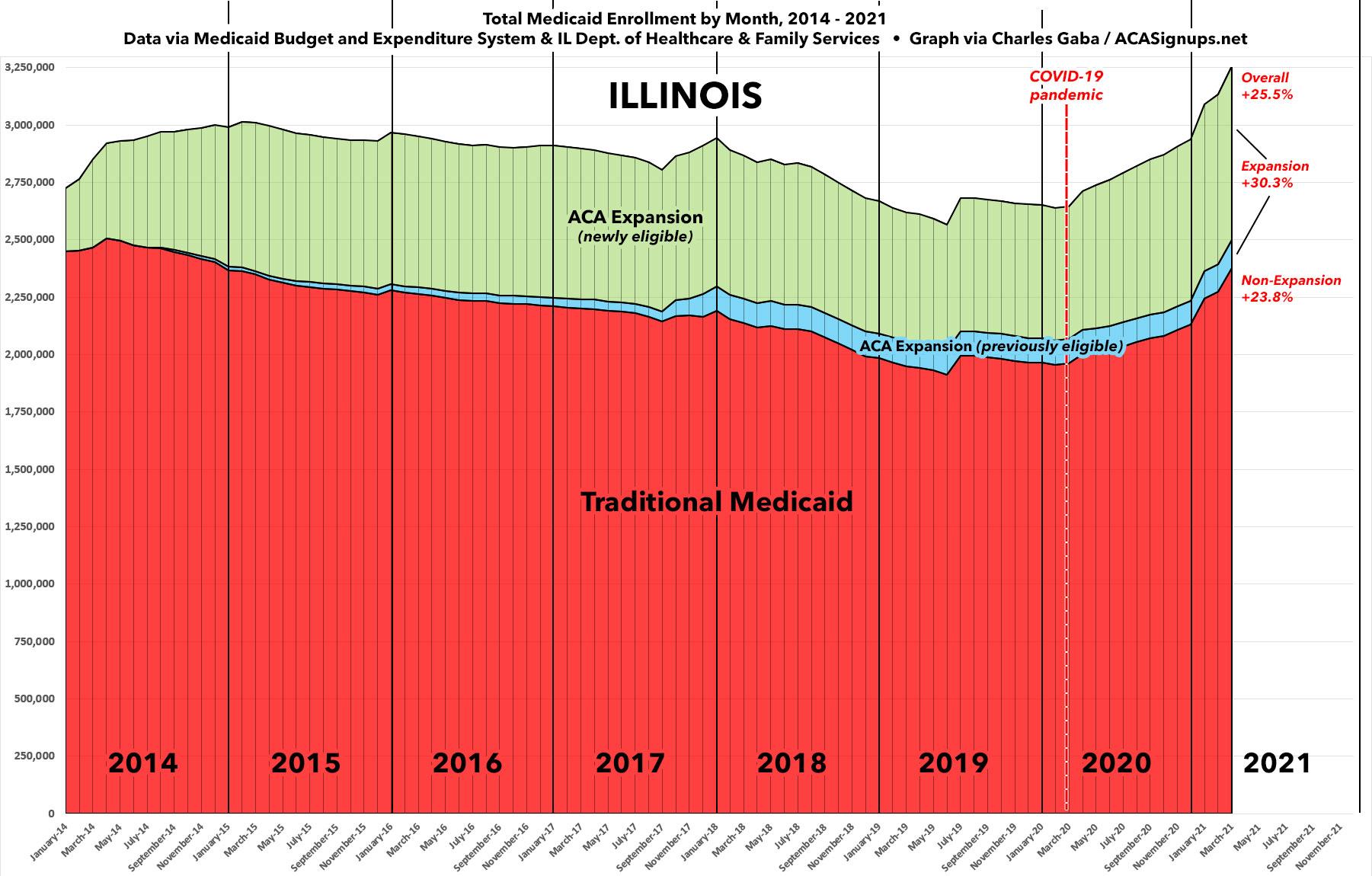