Today I'm presenting Kentucky. For enrollment data from January 2021 on, I'm relying on adjusted estimates based on raw data from the Kentucky Cabinet for Health & Family Services.

After ACA expansion ramped up starting in early 2014, Kentucky's overall enrollment in both traditional and ACA-expansion Medicaid hovered around 1.3 million people for more than 4 years straight...until COVID hit last spring. Since then, traditional Medicaid enrollment has increased by 18.7% and ACA expansion has gone up by 43.9%, for an overall climb of around 27.5% to date. 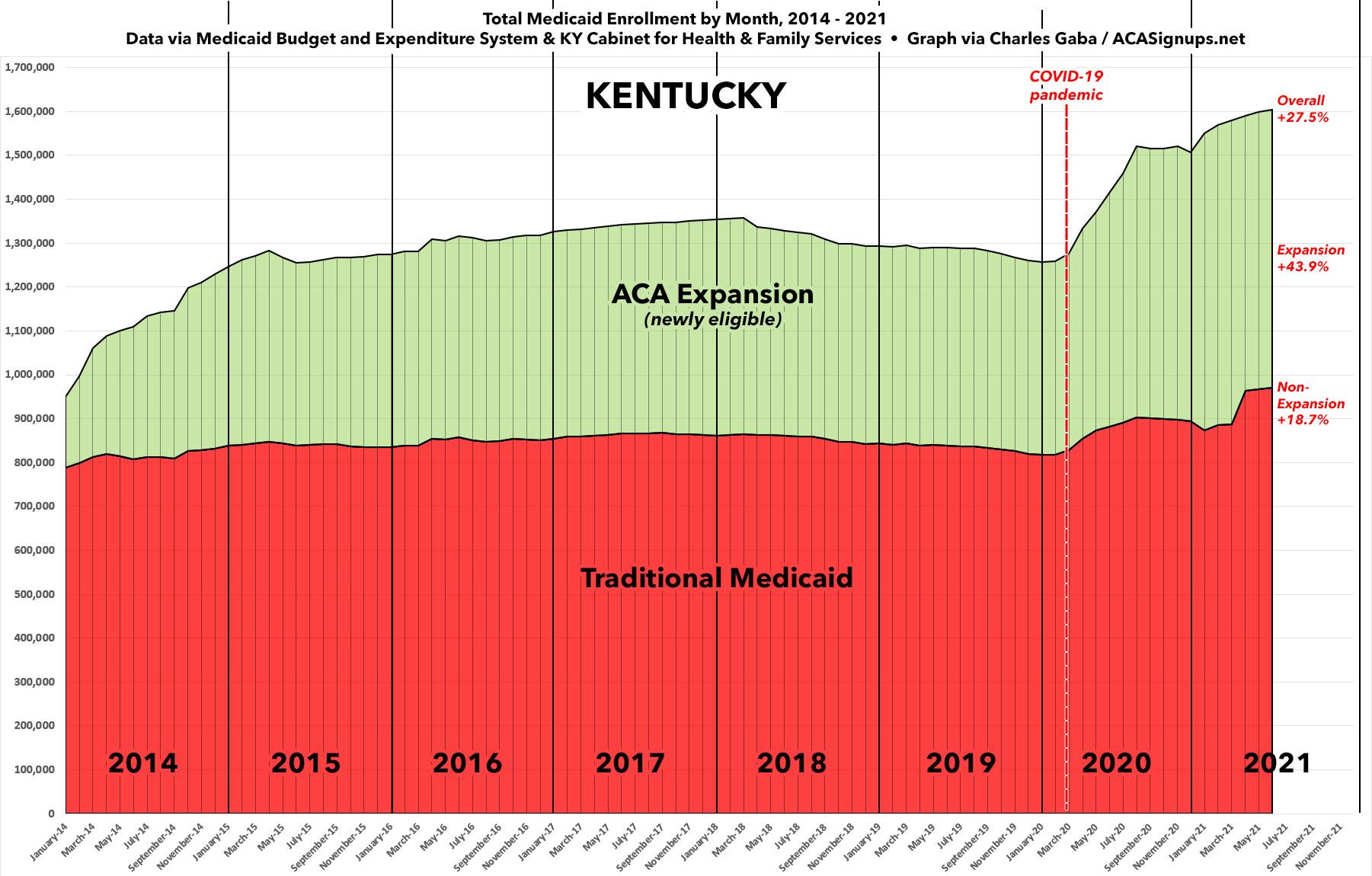