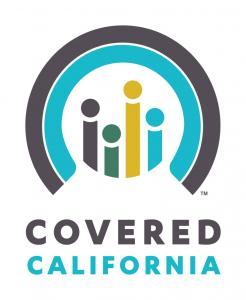 Yesterday's press release from Covered California included a TON of important information about how they're handling the massive subsidy upgrade/expansion under the American Rescue Plan, but it left out one other critically important item which was caught by Inside Health Policy reporter Amy Lotven:

Insurers participating in Covered California have agreed to help move their off-exchange individual plan enrollees into the marketplace so they can benefit from the new Affordable Care Act subsidies available under the American Rescue Plan (ARP) and will not reset the deductibles, Covered California Executive Director Peter Lee said Thursday (March 18) in a webinar with reporters and key stakeholders.

...Off-exchange enrollees could get an average $500 premium drop, which means they could save as much as $12,000 under the two-year provision, Lee says. About 430,000 Californians and 1.5 million people nationally who are enrolled off-exchange plans are newly eligible for help, the exchange estimates.

...Health insurers also must play a role in getting the additional assistance to consumers, Lee says. He applauds Covered California’s 11 insurers for committing to help with marketing, outreach and transitioning off-exchange clients to the exchange.

The insurers have agreed to honor any spending toward the deductible, so it will not reset to zero.

This is critical, Lee explains, since the main reason someone might opt to stay in their off-exchange, unsubsidized plan is because they have already made payments toward the deductible.

Get Insured, which helps power Covered California’s enrollment technology, recently told Inside Health Policy that that it has been working on a tool for all their exchange clients that can facilitate the transfer from an off-exchange plan into the marketplace in a way that allows consumers to easily keep the same or a similar plan with the same insurer.

According to Covered California, all 430,000 of those off-exchange enrollees are now eligible for ACA subsidies, which presumably means it doesn't include folks caught by the ACA's infamous "Family Glitch" or undocumented immigrants, who aren't legally eligible for federal subsidies regardless of income.

I don't know how many will actually make the move, but the answer should be all of them because with the additional development that the insurance carriers won't reset their deductibles. That means if you're an off-exchange enrollee with, say, a $5,000 deductible, and you've used up $3,000 of it so far this year, that $3,000 will still count towards your deductible if you shift to the on-exchange version of the same plan.

The wording of this makes it sound like they'd even carry it over if you shift to a different on-exchange plan as long as it's from the same carrier (which is more than reasonable).