In the case of Alabama, assuming 187,000 people* enroll in exchange policies by the end of January, I estimate around 134,000 of them would be forced off of their policy upon an immediate-effect full ACA repeal. 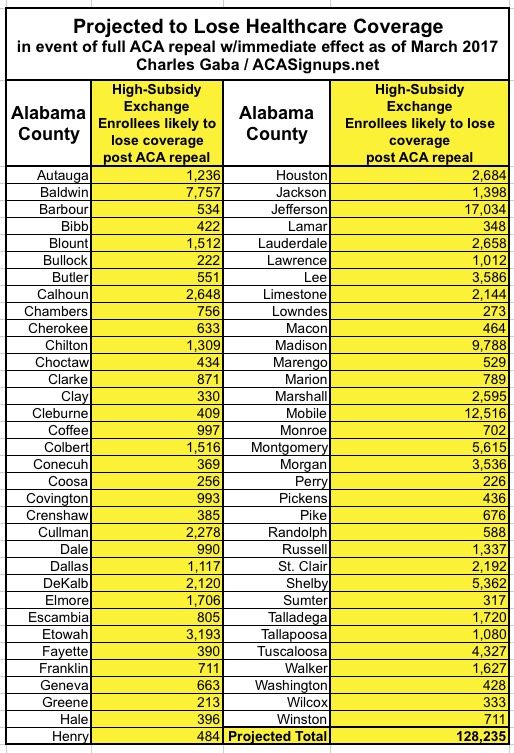