I've noted before that enrollment in Michigan's ACA Medicaid expansion program, "Healthy Michigan", has risen sharply over the past year since the COVID-19 pandemic hit; it's up by over 1/3 since last February.

However, it's also worth noting that non-ACA Medicaid enrollment has also jumped significantly since the pandemic arrived. I've dug into data from the Centers for Medicare & Medicaid, the Kaiser Family Foundation and Michigan's Health Dept. archives and put together the graph below, showing that non-ACA Medicaid enrollment has risen from around 1.66 million Michiganders in February 2020 to over 1.92 million today, a 16% increase.

I should also note that in addition to this, 267,000 Michiganders enrolled in ACA exchange coverage during the 2021 Open Enrollment Period, of which a good 90% (240,000)paid their first monthly premium based on past ACA data. At the time I noted that around 83% were subsidized, or perhaps 200,000.

However, two important things have changed since then: First, the American Rescue Plan means that more like 95%+ of those 240K are now subsidized (remember, the expanded subsidies are retroactive to January 1st), meaning it's more like 230,000. Second, the ongoing COVID Special Enrollment Period has already resulted in over 12,200 additional Michiganders enrolling in ACA exchange policies since the end of the 2021 OEP...and that's before the expanded subsidies actually went live on HealthCare.Gov starting April 1st.

All told, that's upwards of 252,000 Michiganders currently enrolled in subsidized ACA exchange plans, plus another 902,000 covered by Medicaid expansion, or 11.5% of our entire state population. 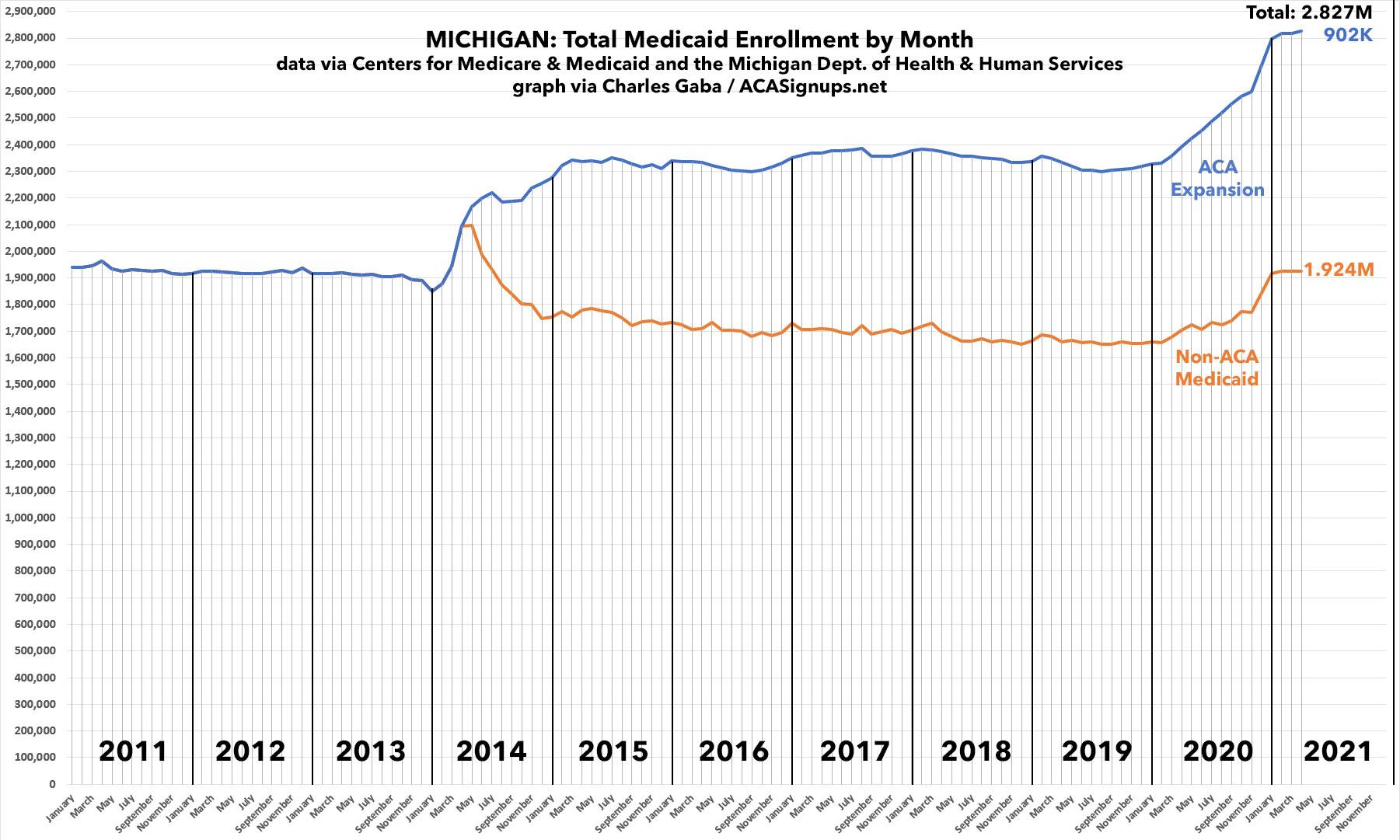