OK, Covered California hasn't actually released an official press release or Open Enrollment Report, but I have acquired a single slide which was delivered at a university presentation by Covered CA head Peter Lee the other day. It doesn't provide tons of detail but give the most important toplines (the way the graph breaks out the numbers is a little confusing but I figured it out:

While "truly" new enrollment is down 41% from last year, that's misleading...since SEP enrollment was up 72%. Most of that was obviously due to last year's COVID-19 SEP enrollment in California. The main point is that the vast majority of "new" 2021 enrollees actually enrolled a good 6 - 8 months earlier than they normally would have...and then mostly stuck around for 2021 as well.

I assume an official report/press release will be showing up in the near future with a bunch more details/graphs, but this will have to do for the moment: 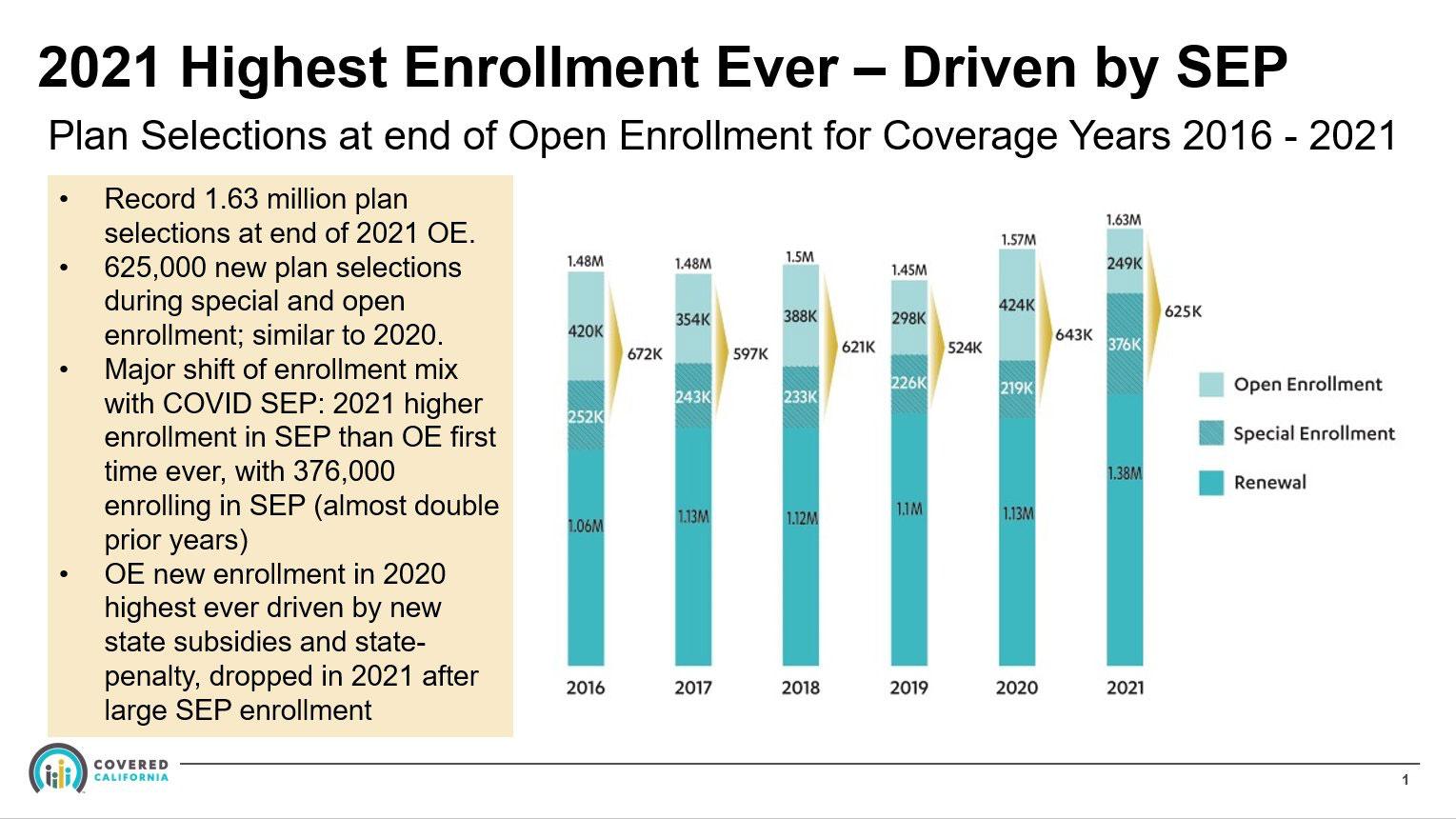