The Graph: 5.43 million QHPs confirmed nationally; you still have time to #GetCovered in 13 states!

Normally the Centers for Medicare & Medicaid release the weekly "snapshot report" for HealthCare.Gov enrollment on Wednesdays, but this week's report probably won't come out until later today or tomorrow since it will likely include the final 10 days of enrollment data for the federal exchange (12/15 fell on Tuesday this year).

Anyway, here's what it looks like at the moment. Remember that I only have data for nine of the 15 state-based exchanges so far (CO, CT, MD, MA, MN, NV, NJ, PA & WA), and even the data I do have is incomplete for most of those...but as of this writing, I've confirmed just under 5.43 million confirmed Qualified Health Plan (QHP) selections so far. 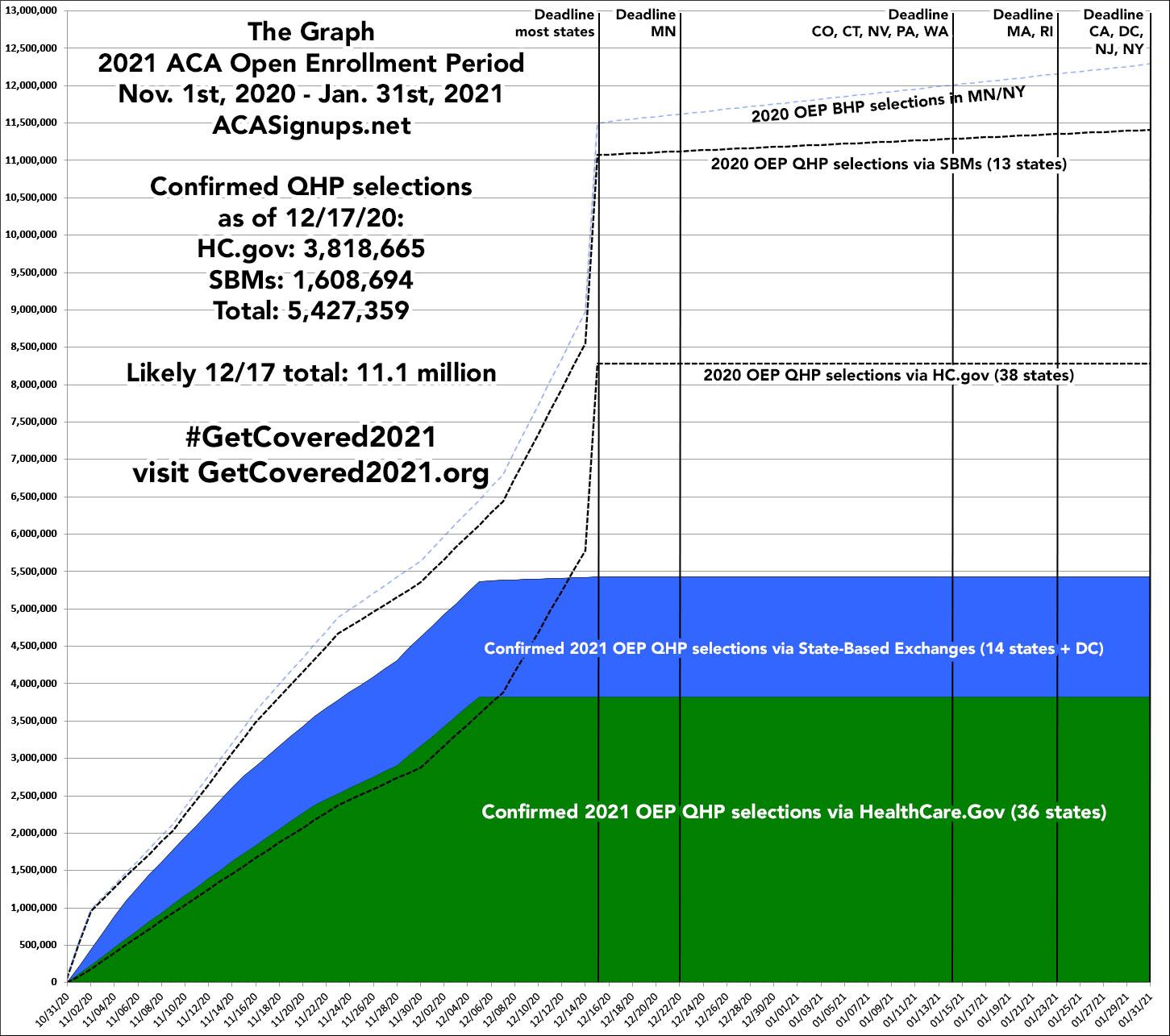