The Graph: 5.25 million QHPs confirmed nationally; you still have time to #GetCovered!

Anyway, here's what it looks like at the moment. Remember that I only have data for eight of the 15 state-based exchanges so far (CO, CT, MA, MN, NV, NJ, PA & WA), and even the data I do have is gonna be a few days out of date...but as of this writing, there's been just under 5.25 million confirmed Qualified Health Plan (QHP) selections so far: 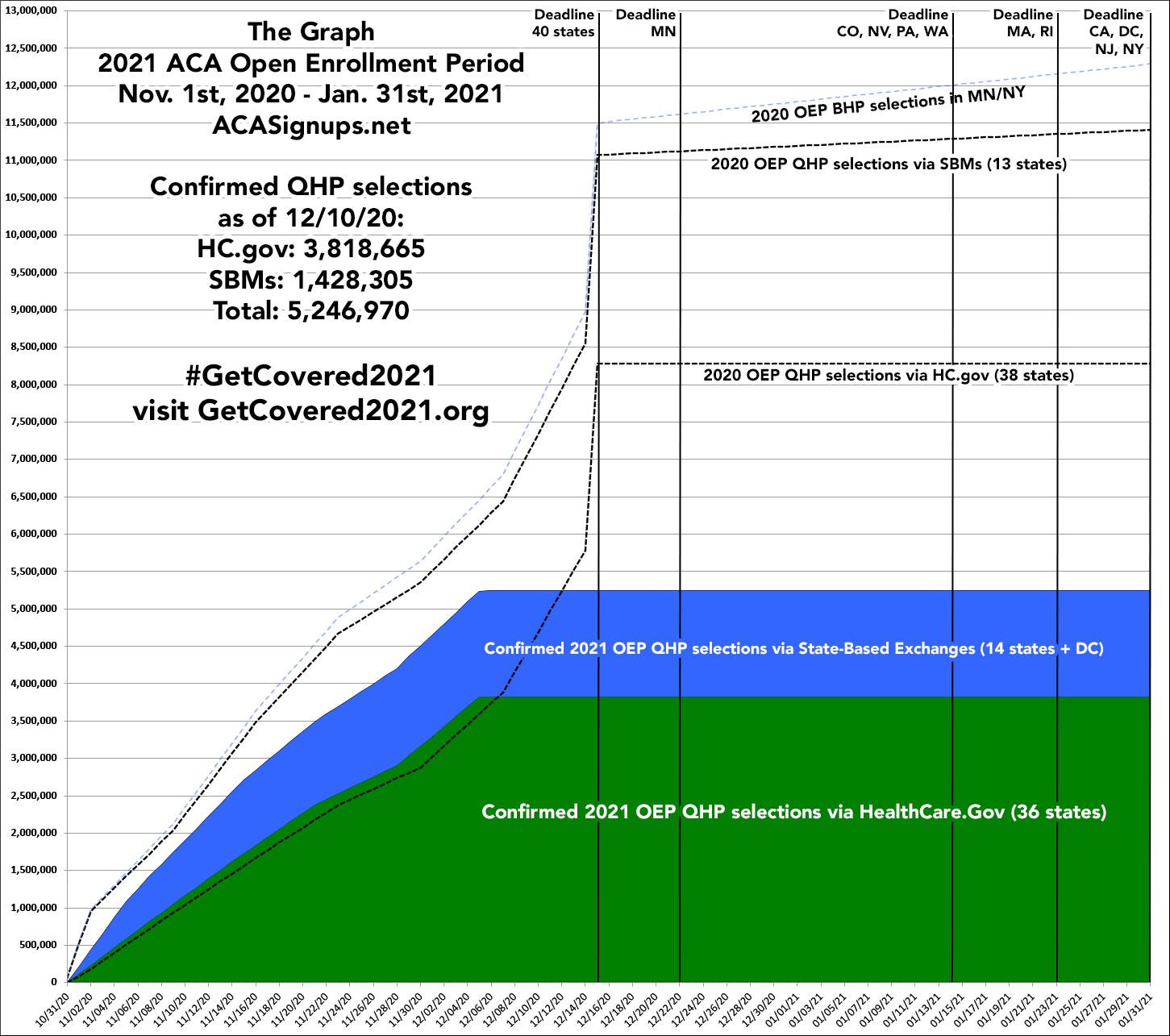