Missouri has also released their preliminary 2020 Individual and Small Group market premium rate change filings. For the most part they're following the same pattern as most other states this year with modest increases or decreases and a statewide weighted average decrease of 1.8% year over year. On average, unsubsidized ACA enrollees should pay about $11/month less next year than they are today.

The Small Group market, meanwhile, is looking at roughly 6.9% premium increases, although this could be a bit off since I had to use the 2018 enrollment number for UnitedHealthcare, which also happens to have the largest market share of the six companies in that market: 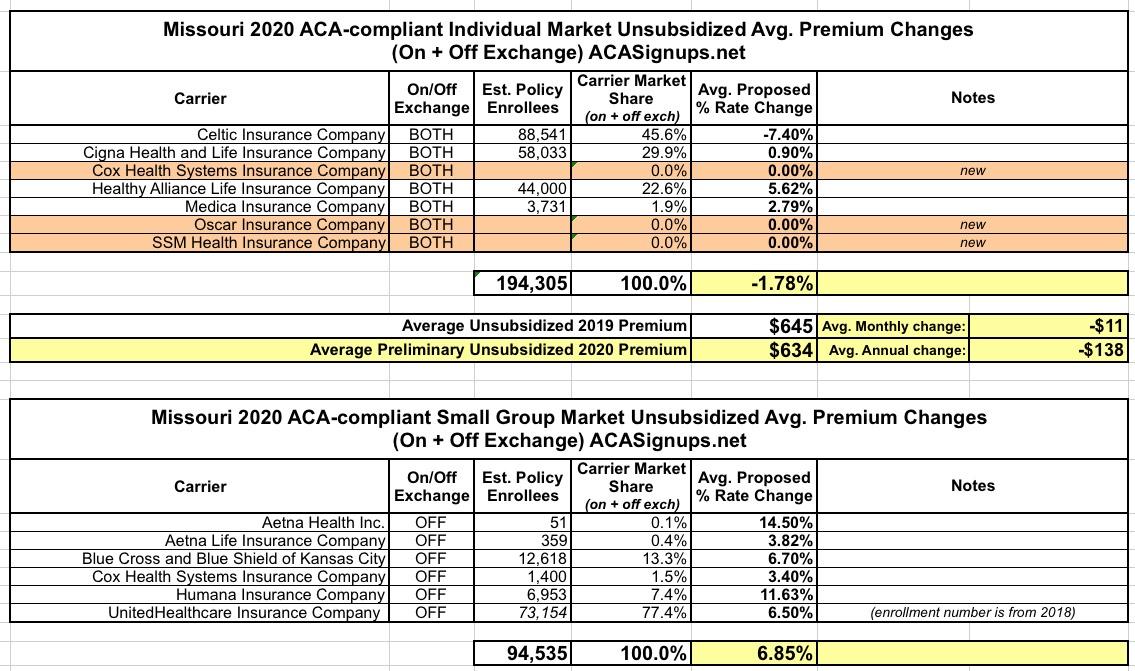 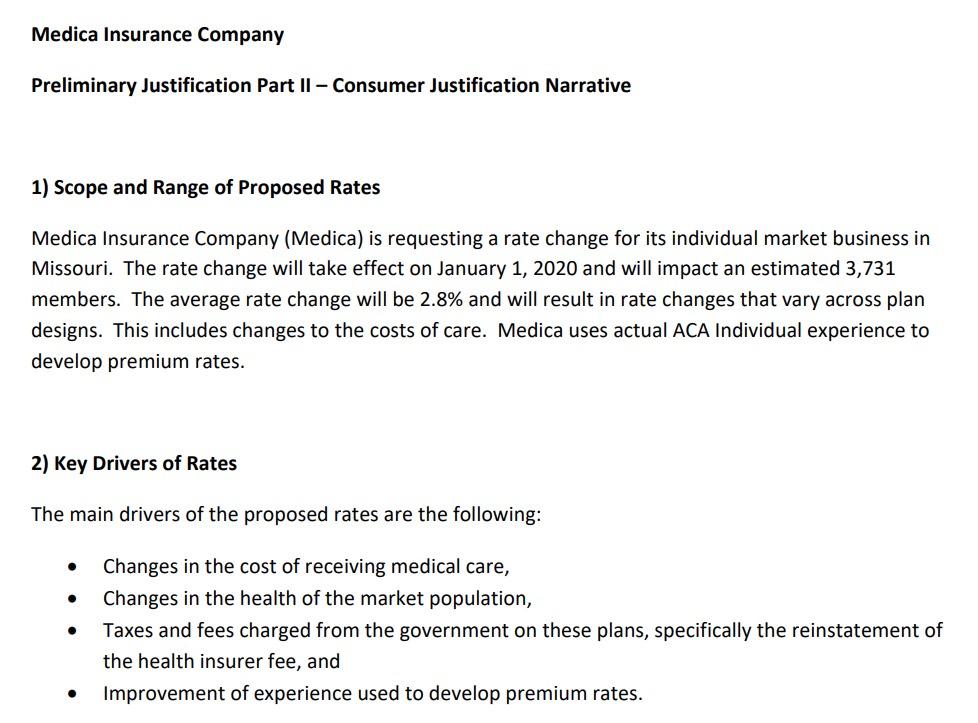 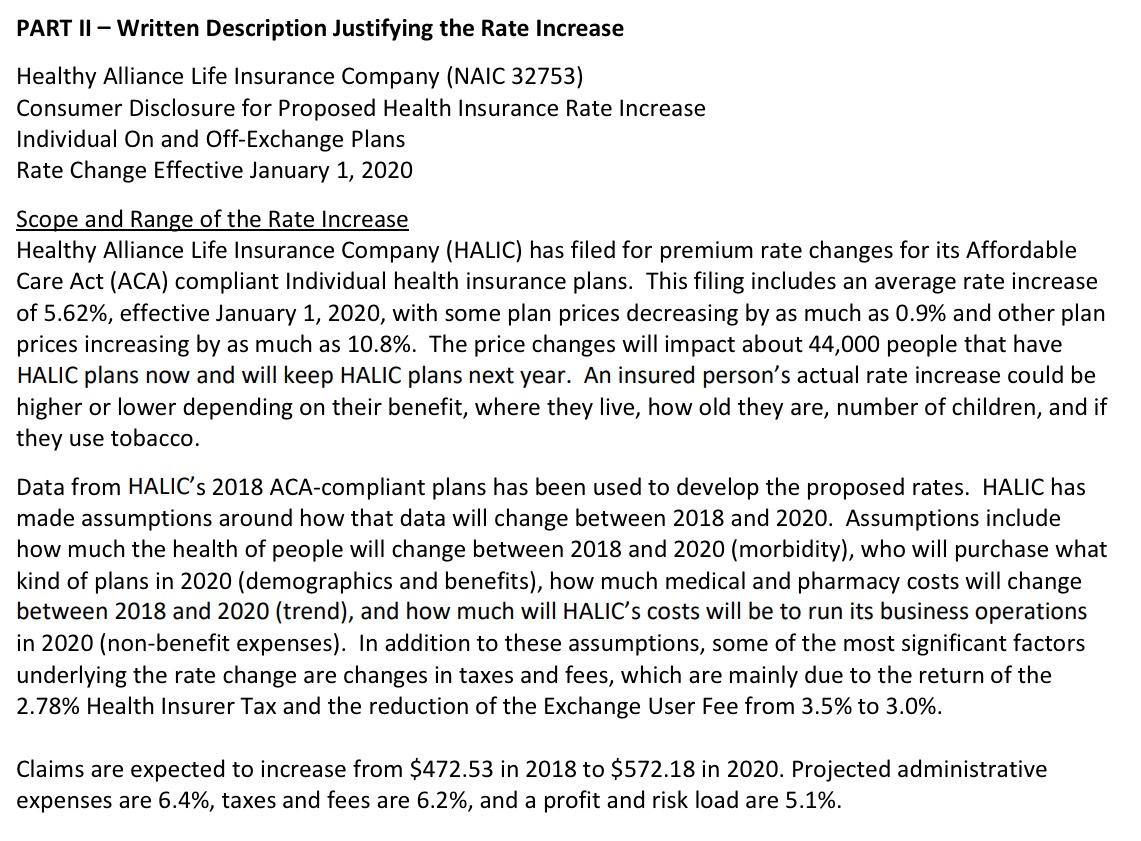 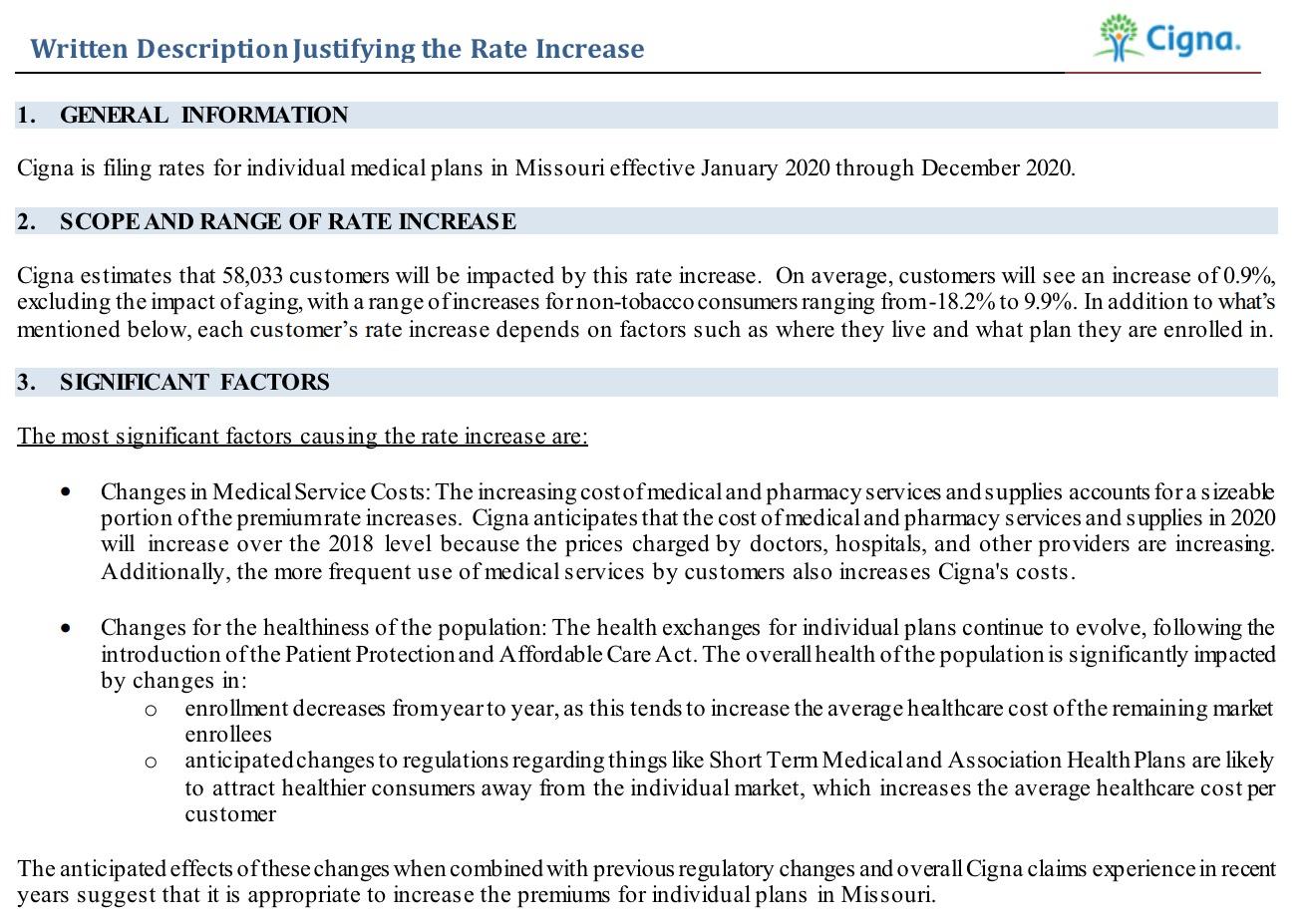