Eliminating the individual mandate would lead to premium increases.
A balanced risk pool requires enrollment of healthy individuals to keep premiums affordable and stable. The ACA includes an individual mandate in order to make sure the young and healthy, as well as the old and sick, obtain coverage. Eliminating the mandate without implementing an alternative means to drive enrollment among healthy individuals would likely result in a deterioration of the risk pool due to lower coverage rates among lower-cost individuals. Premiums would increase as a result.

Changes made to eliminate the mandate after premiums are finalized could weaken insurer solvency.
Premiums for a given year reflect insurers’ expectations regarding the composition of the risk pool for that year. If the individual mandate were to be eliminated, a deterioration in the risk pool profile would result; premiums would be too low and would no longer match the costs of those covered. This could result in insurer losses and solvency concerns.

Increasing risks could cause an increase in insurer withdrawals from the market.
Increased uncertainty and instability regarding future enrollment, premium rates, and risk pool profiles if coverage incentives are eliminated would increase the risk of insurers incurring losses. Insurers would likely reconsider their future participation in the market. This could lead to severe market disruption and loss of coverage among individual market enrollees.

Last week, in an article over at Think Progress about why repealing the ACA's individual mandate is a terrible idea, I kind of boiled this all down to the following ham-handed quote:

“Some [insurance companies] may jack the rates even more — others may leave from being jerked around” if the mandate is repealed, Gaba told ThinkProgress. “One thing I learned after doing this for four years is what insurance companies hate above all else is uncertainty.”

This isn't the deepest insight in the world, but it got me to thinking about the "bare county" problem which came very close to happening this fall in dozens of counties across the country. In every instance, at the last minute, at least one carrier leapt to the rescue (that's overstating it a bit--in most cases I presume they saw an opportunity to jack up their rates without anyone being able to say boo since they didn't have much choice in the matter).

However...there are limits. Some carriers have bailed on the exchanges or the entire individual market altogether, deciding that it's simply too much of a headache to deal with. And that led me to check on something. While repeal of the mandate could cause carriers to bail from the market in every state, it's obviously the ones which have minimal participants already which are most at risk.

According to this table from the Kaiser Family Foundation, there are eight entire states which only have a single insurance carrier participating on the ACA exchange in 2018: Alaska, Delaware, Iowa, Mississippi, Nebraska, Oklahoma, South Carolina and Wyoming.

Delaware, as a pretty blue state with two Democratic Senators opposed to repealing the mandate, is obviously the odd man out here...but check out the other seven. Only one could be charitably considered "purple" these days, and the other six are all solidly red.

Anyway, it occurred to me that I hadn't heard anything about what the specific insurance carrier thoughs are about the mandate penalty being repealed...so I decided to ask.

To be honest, I meant it as sort of a half-snarky rhetorical question...but to my surprise, two of them have responded so far. The one from Premera BCBS of Alaska seems pretty positive, but the one from BCBS of Oklahoma is fairly ominous... 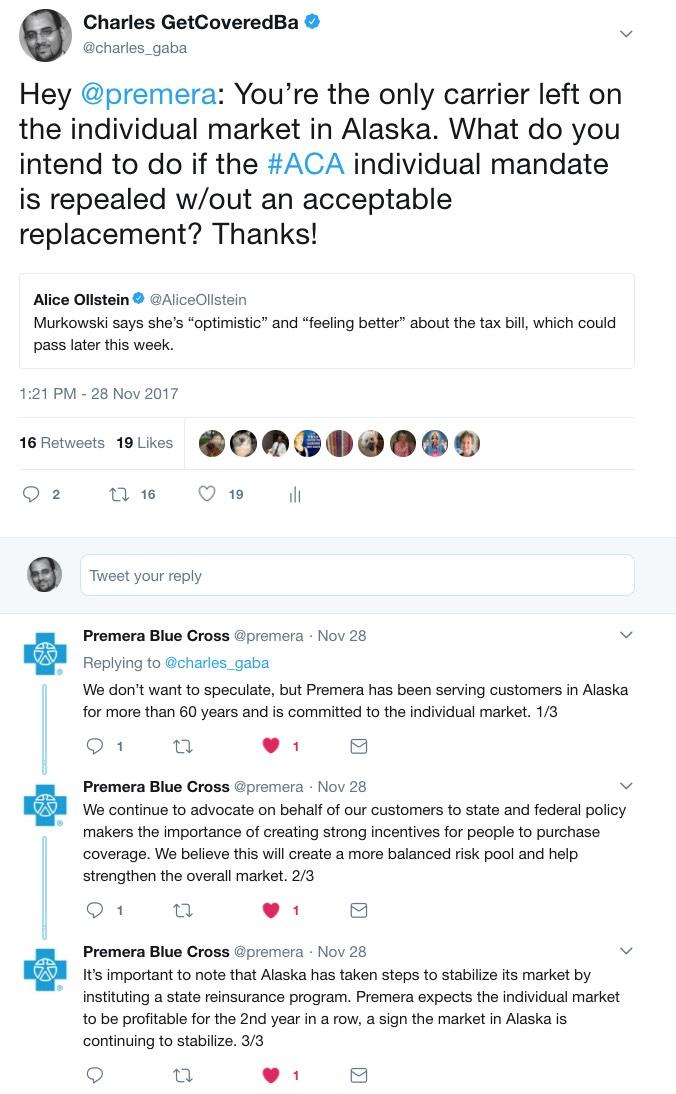 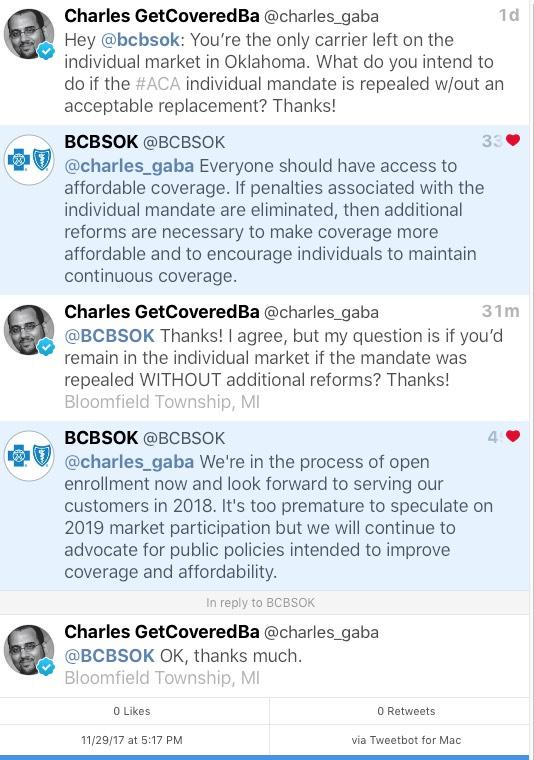 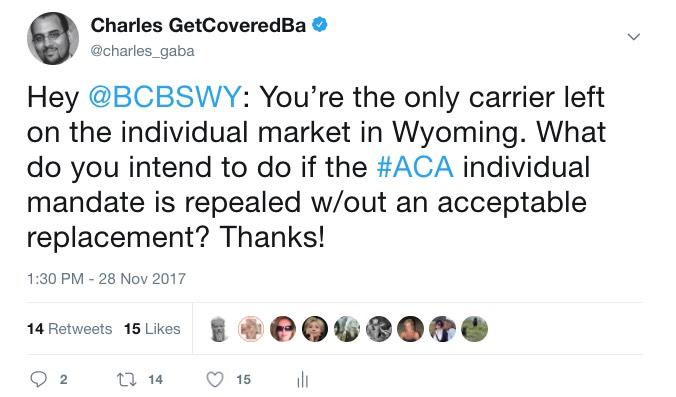 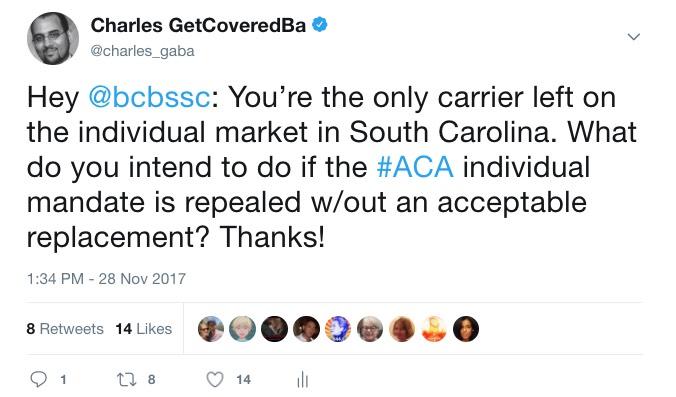 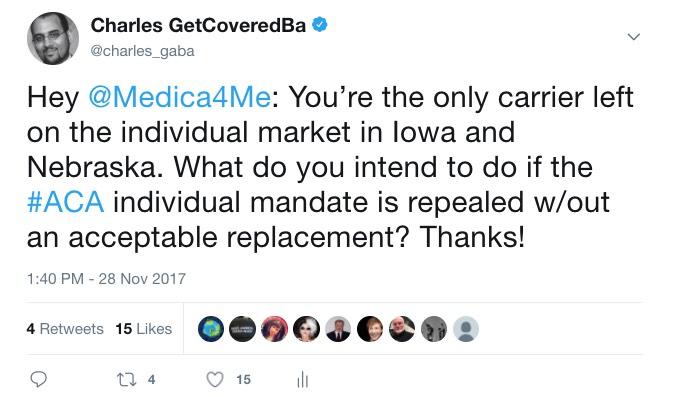