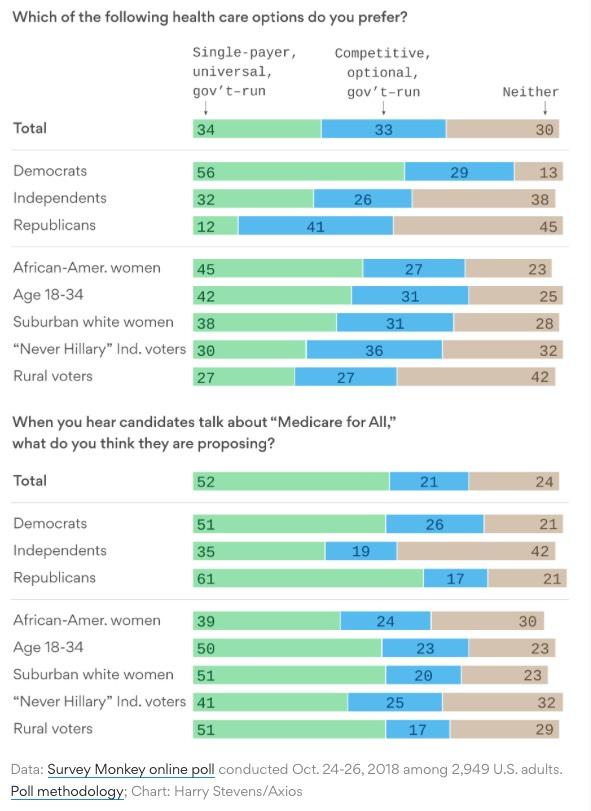 The messaging waters are muddied even further by the other question: Both candidates and the public are all over the map when it comes to what they think "Medicare for All" actually means.

Some candidates of the Bernie Sanders/DSA variety mean 100% universal, 100% mandatory Single Payer. Other candidates mean making Medicare (or Medicaid in some cases) optional for anyone who wants to buy into it. Some would prefer the former but would be perfectly happy with the latter. The same is true with the public.

But here's the thing: A public option can potentially BECOME single payer down the road.

Which is one of many reasons why something along the lines of the Center for American Progress' "Medicare Extra" proposal makes a lot more sense to push in the near future than insisting on universal Single Payer or Bust.

Anyway, I'll leave it at that for now.