Virginia: Here's the ~301,000 residents who could lose coverage, by county/city

In the case of Virginia, assuming 450,000 people enroll in exchange policies by the end of January, I estimate around 301,000 of them would be forced off of their policy upon an immediate-effect full ACA repeal.

Interestingly, it looks like unlike most states which embed cities within counties, in Virginia, it looks like some cities are counted as counties instead, at least judging by the list below (the numbers add up, so there's no double-counting going on): 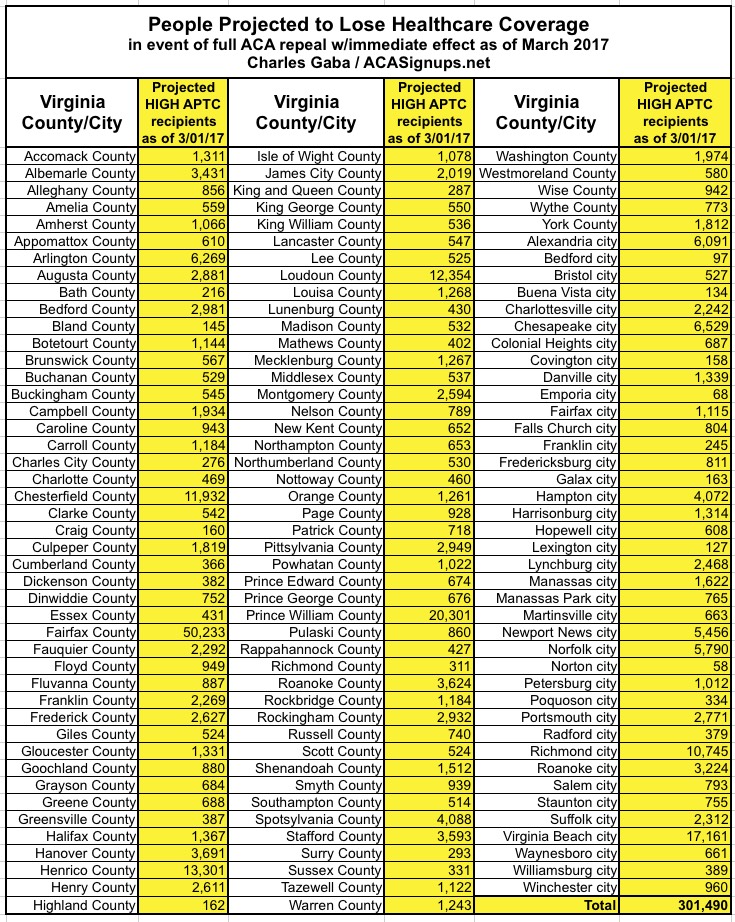