Well, there you have it: Across all 50 states (+DC), taking a bunch of caveats into account (see below), as far as I can estimate, the average premium rate increases being requested by health insurance carriers sits at right around 23% overall.

WItH ALL THAT IN MIND, here's what the numbers look like: 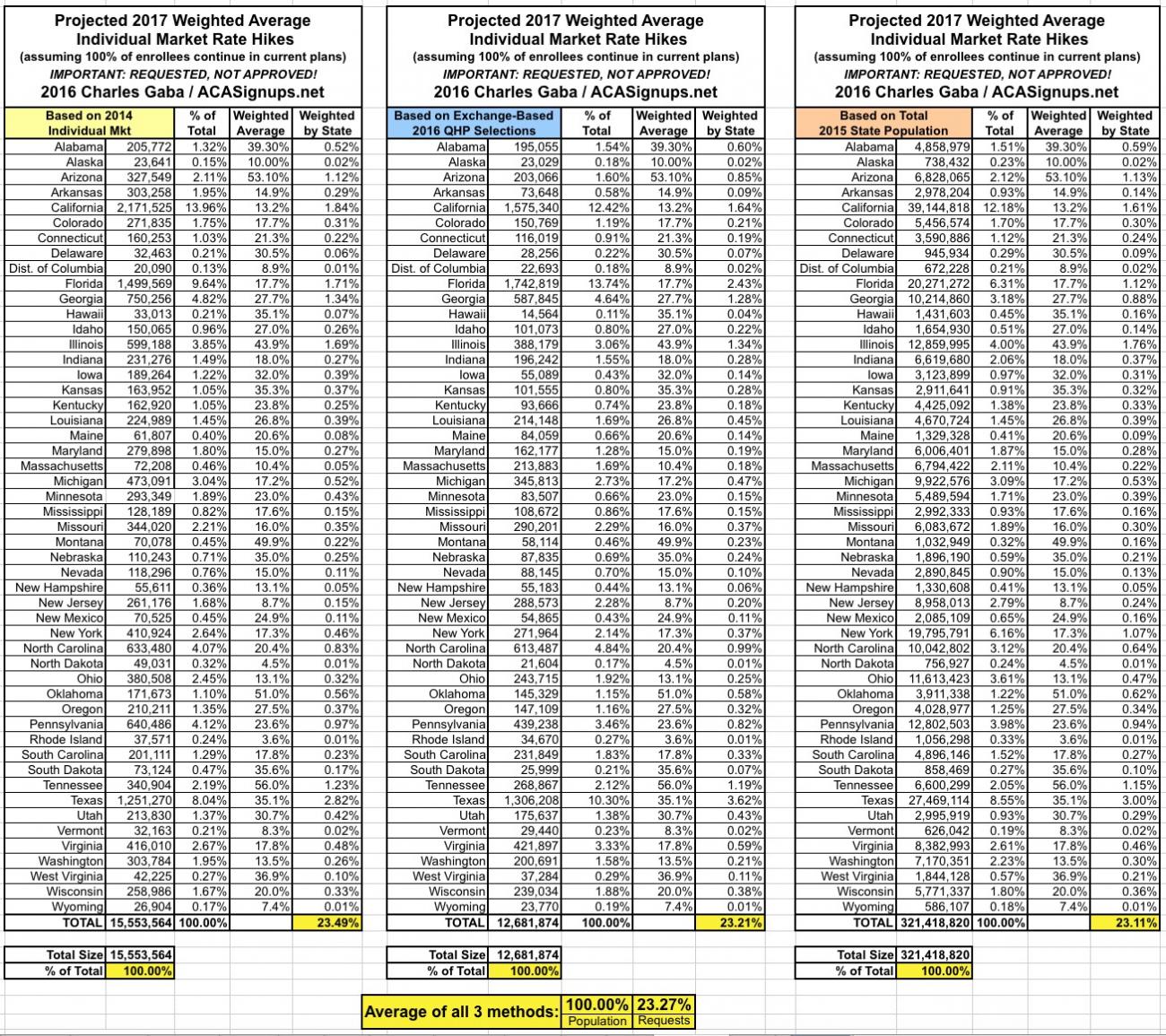 As you can see, regardless of the weighting method used, all three national averages come out remarkably close...somewhere between 23% - 23.5%.

Sorting from lowest average requested rate hike to highest gives us this: 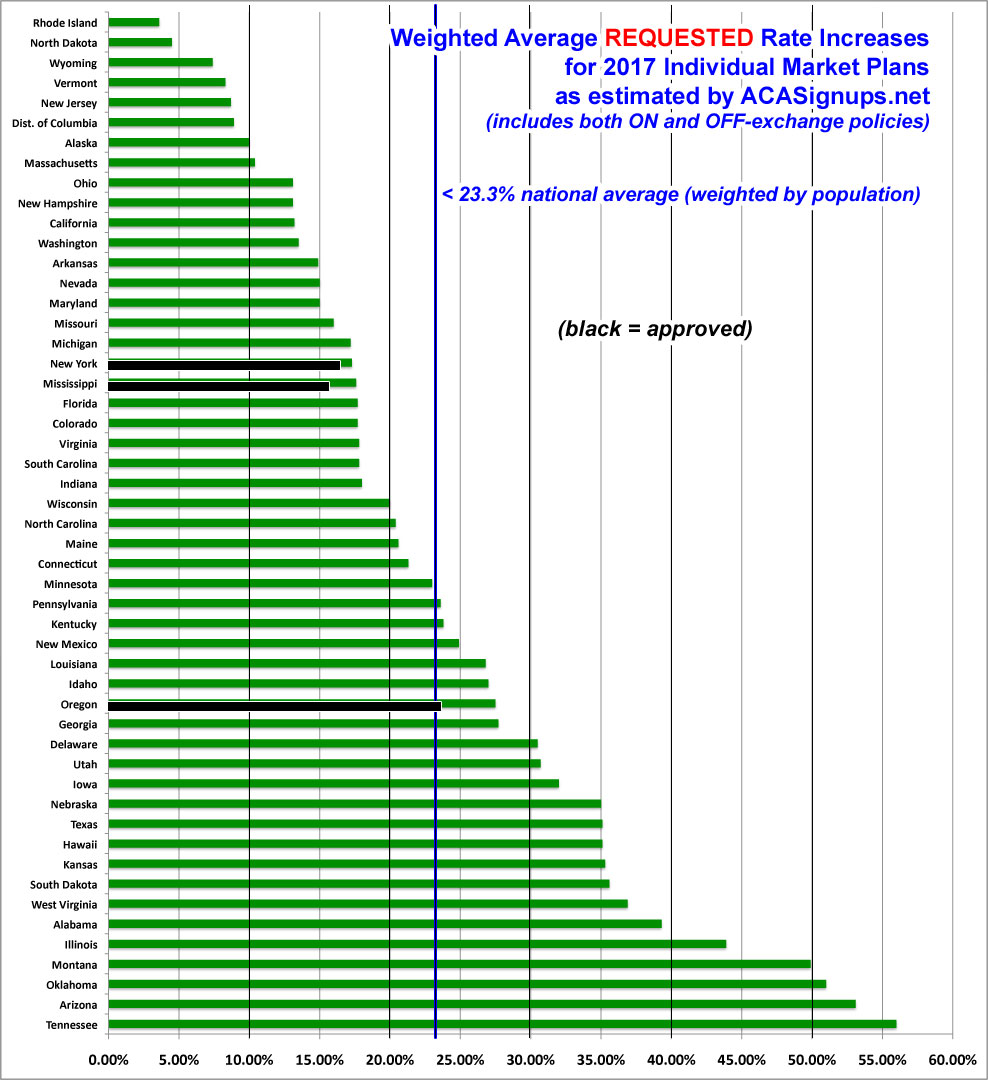 Last year, 18 states ended up with weighted average hikes under 10% (although some of these were only that low after being reduced by state regulators), and 15 states were asking for hikes over 20%. This year, only 7 states are requesting single digit increases, and 26 are asking for hikes of over 20%, with 5 states reaching above 40% on average. Not a pretty picture, to be sure.

Some have asked whether the state-based exchanges are doing a better job of keeping premium hike requests under control, so I've sorted the states into the two categories. As you can see, the SBMs (including the 4 states which have since moved their technical platform over to HC.gov) do seem slightly lower overall, but there are too many variables to draw any conclusions here: 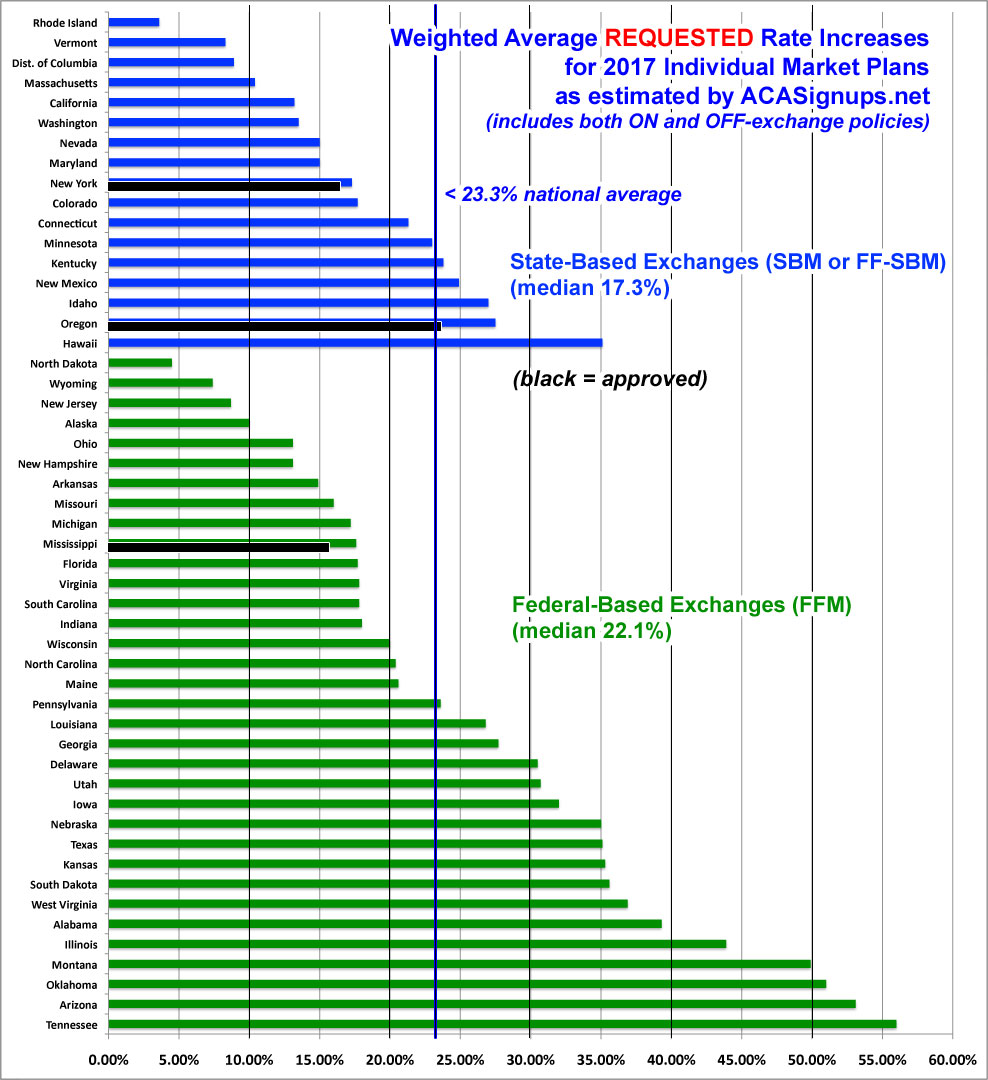 I've also sorted the states by whether or not they allowed ACA non-compliant transitional plans to be maintained all the way through the end of 2017. The number of people enrolled in these policies has dwindled over the past 3 years, but still make up a significant chunk of the individual market in some states. Again, there's definitely a gap in the medians between the two categories, but nothing definitive: 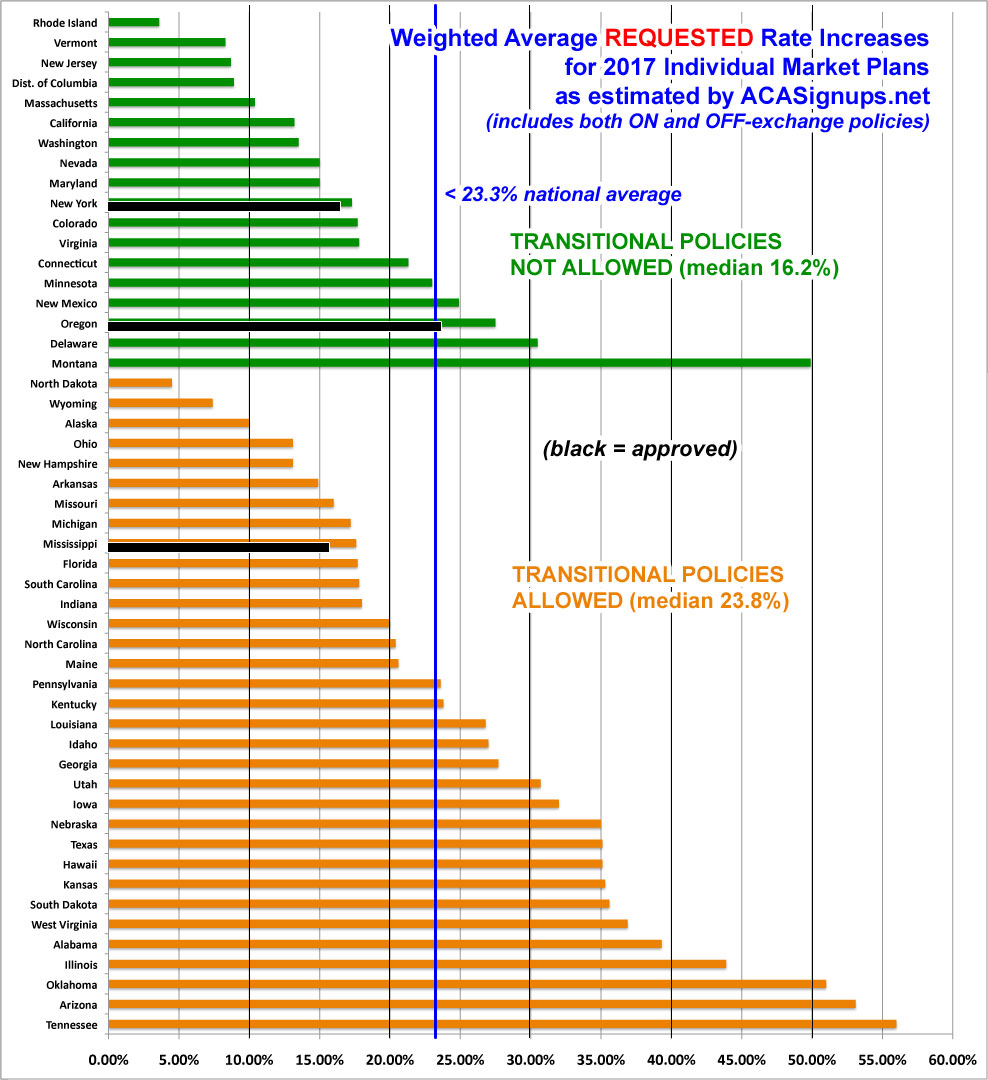 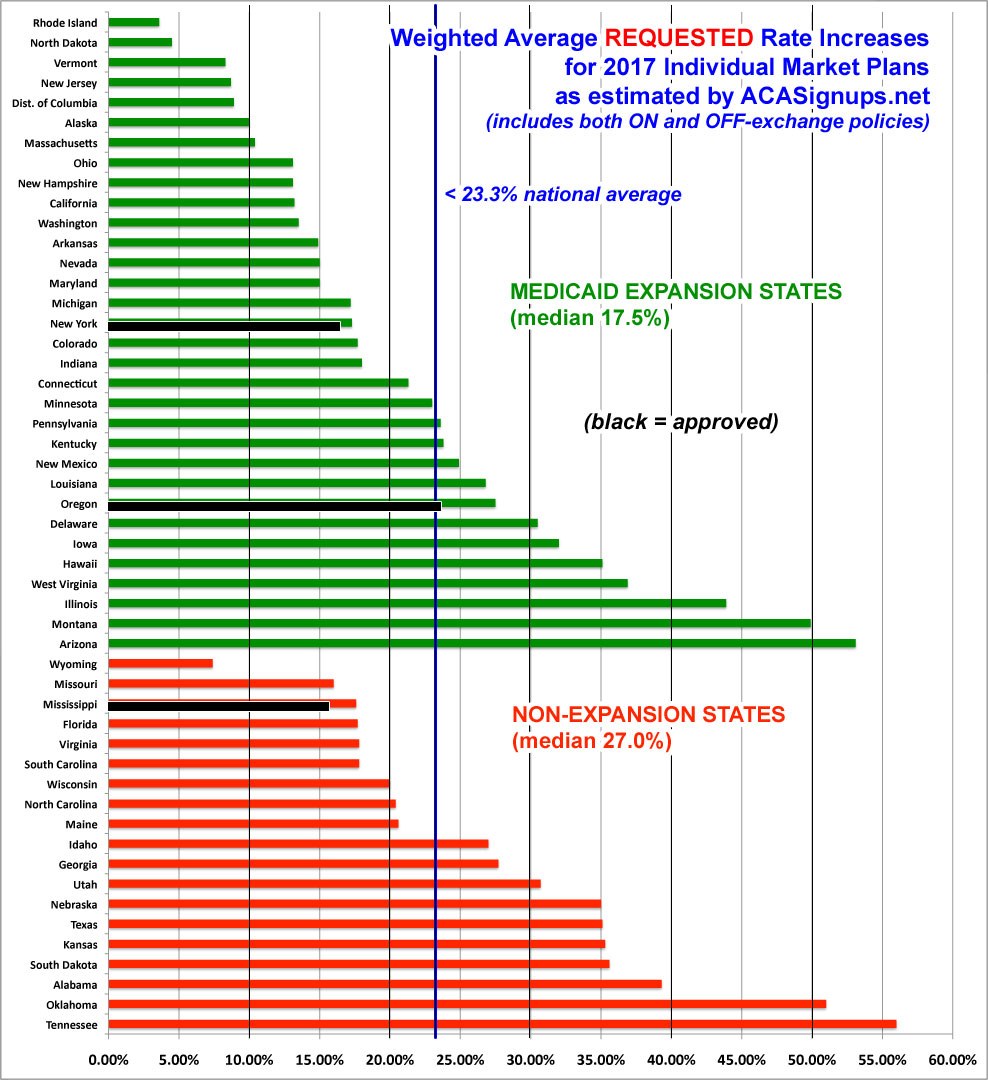