UPDATE: OH, THE HUMANA-TY...Humana pulling out of at least 5 states (but only 25K impacted)

This is really just a summary of my last 4 posts. I've combed through the SERFF databases for every state which uses the system for rate filings, and while very few have the actual 2017 rate filing requests listed yet, at least 4 of them have official individual market exit letters submitted for 2017 from Jane Rouse, the Product Compliance Process Owner for Humana Insurance Co:

This list may grow as additional state filing data and/or press releases come out from Humana, but assuming these are the only 4 states Humana is bailing on, the news isn't quite as bad as it appears at first.

To keep things in perspective, add the 4 numbers above up and it's 25,512 people across 4 states with a combined population of 21.8 million. Put another way, these 25.5K people represent only 2.9% of the 875,700 people Humana currently has enrolled in individual policies (both on & off exchange) nationally.

To be clear, I'm not saying this is a good development; when you combine it with the recent UnitedHealthcare Dropout Odometer it's more of a drip-drip-drip sort of thing. But it isn't disasterous for the exchanges either (at least not yet).

UPDATE: I've been informed by a reliable source that Humana is also dropping out of the individual market in Nevada next year, although I don't have any actual enrollment data there. Humana is not currently participating on the Nevada exchange, however, so any dropped enrollments would be OFF-exchange only. In fact, I'm pretty sure that the only individual market enrollees Humana has in Nevada are grandfathered policies anyway, so the numbers should be pretty nominal there.

Update: I also dug up two other noteworthy letters for Tennessee and North Carolina: 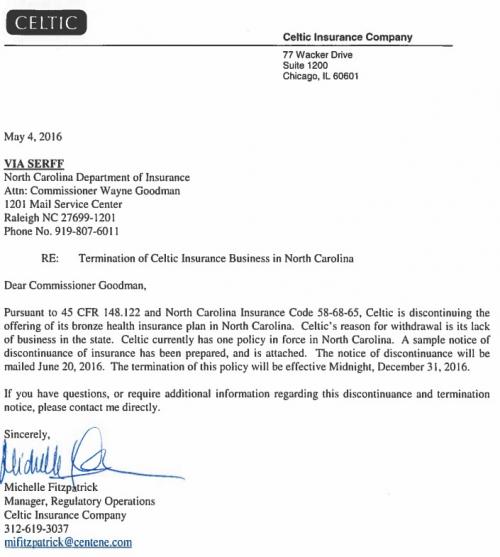 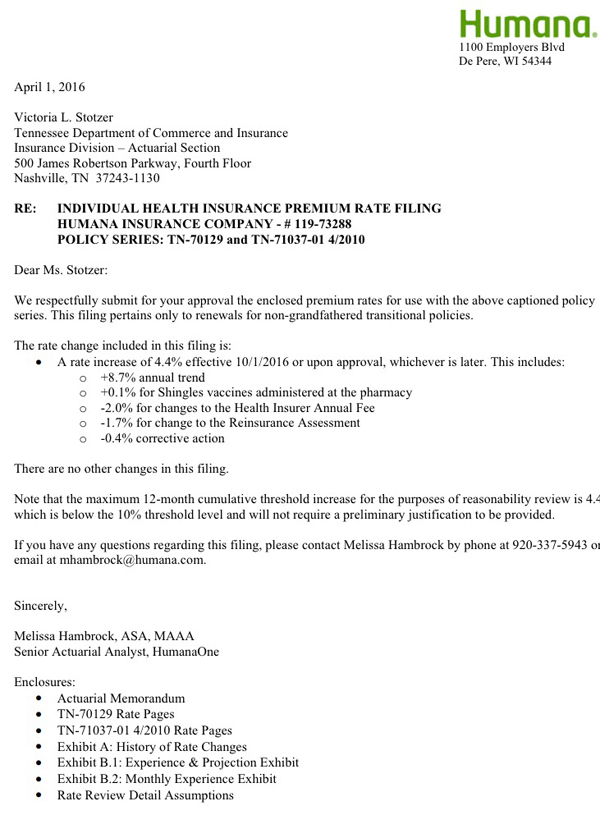 UPDATE: Thanks to Zach Tracer for filling in some more blanks; apparently Humana...

Alabama is the bad news from a policy perspective.  Everything else is effectively background noise.  The important questions is what does Humana do in the states where they have significant membership (excluding Alabama).  If they stay in most of those states while cutting lose states with under 10,000 members then this is a mild course change.  If they pull out of states where they have 30,000, 40,000, 50,000 or more members than that news is far more valuable and disturbing.