STATE BY STATE: 24 states running ahead of projections, 27 running behind

Note that whle the enrollment numbers for most states below are current through January 23rd, most of the state-based exchanges are either slightly more current or up to a month behind.

The Good News: There are 24 states running ahead of where I expected them to be by this point (ie, over 84% of my projection).

The states which continue to overperform the most are Massachusetts, Maryland, Utah, Tennessee and North Carolina, which are all at least 30,000 ahead of where I expected at this point.

The Bad News: The other 27 states are running behind where I expected them to be at this point (ie, under 84%)...and as I noted a little while ago, this number is likely to grow substantially once the dust settles next week.

New York is a special case: Their brand-new Basic Health Plan has basically "cannibalized" a lot more of the QHP enrollees than I had expected (around 200K or so, to be precise).

Pennsylvania and Indiana are likely mainly due to the Medicaid expansion which ramped up in both states last year; tens of thousands of those in the 100-138% FPL income range were shifted from heavily-subsidized private policies over to Medicaid. I took a lot of stuff into account when making my projections, but forgot about that factor.

As for Texas, the biggest single factor I can think of there (aside from the entire state legislature/administration being openly hostile towards the ACA in general) is that BCBSTX discontinued all PPOs state-wide, meaning 367,000 people had to go elsewhere (including one Senator Ted Cruz). Not all of these folks were enrolled through the exchange, of course, but it could easily account for a good chunk of "lost" enrollees.

There's one other important factor here as well, however: As I confirmed last week, several hundred thousand unpaid/otherwise invalid enrollments have been cancelled and purged from the official HC.gov reports, along with at least 5,500 from Rhode Island. I've confirmed around 300,000 of these cancellations so far, and suspect it's actually a good 100K or more higher than that. These enrollments would have been included the past two years, but CMS has vastly improved their data management/recording system this year, so are able to subtract many cancellations during Open Enrollment instead of waiting until after it's over.

In other words, as shown in the table below, while the confirmed official total to date is 11.78 million (just barely ahead of last year), the "unpurged" number would be nearly 12.1 million so far. 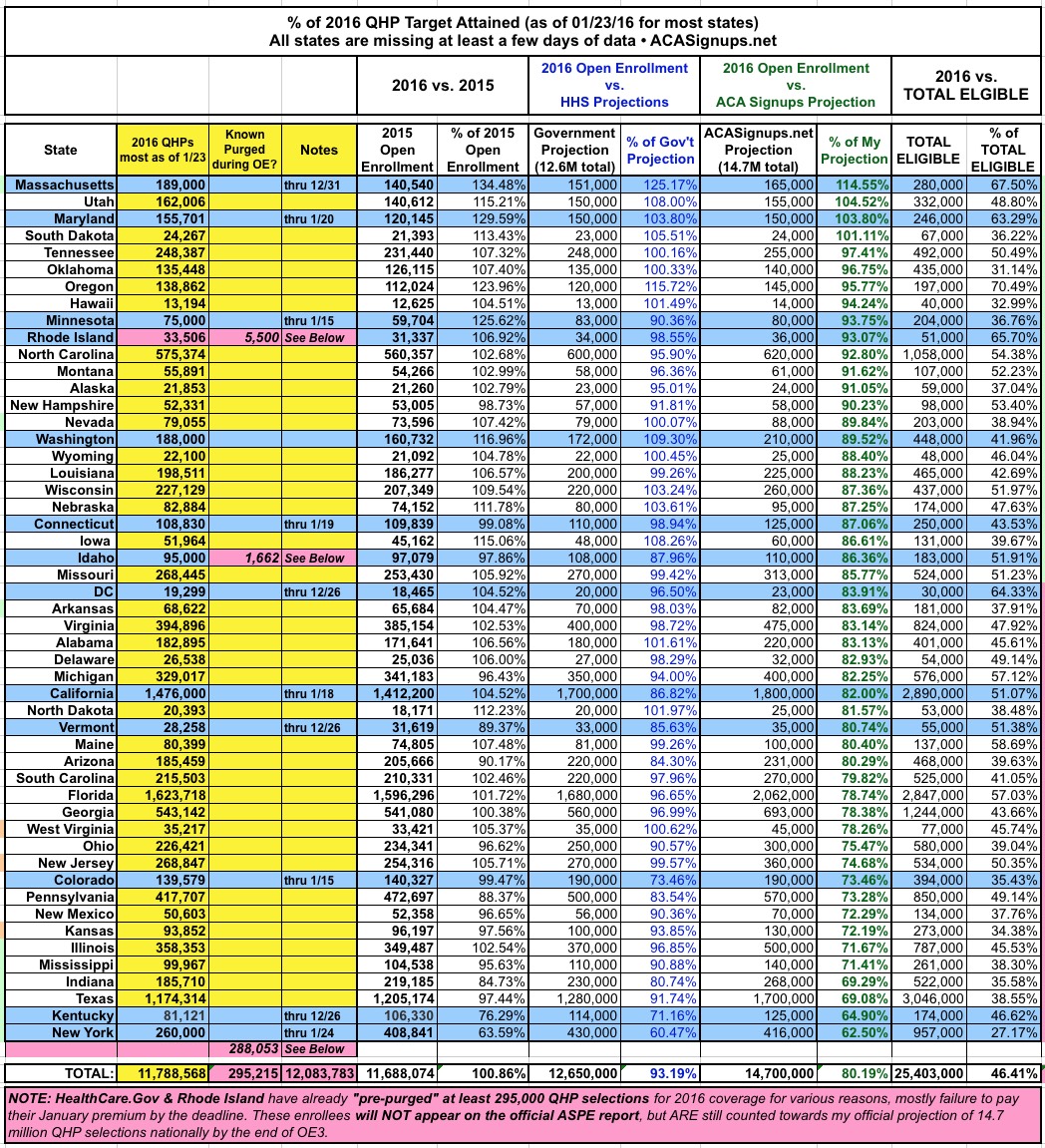 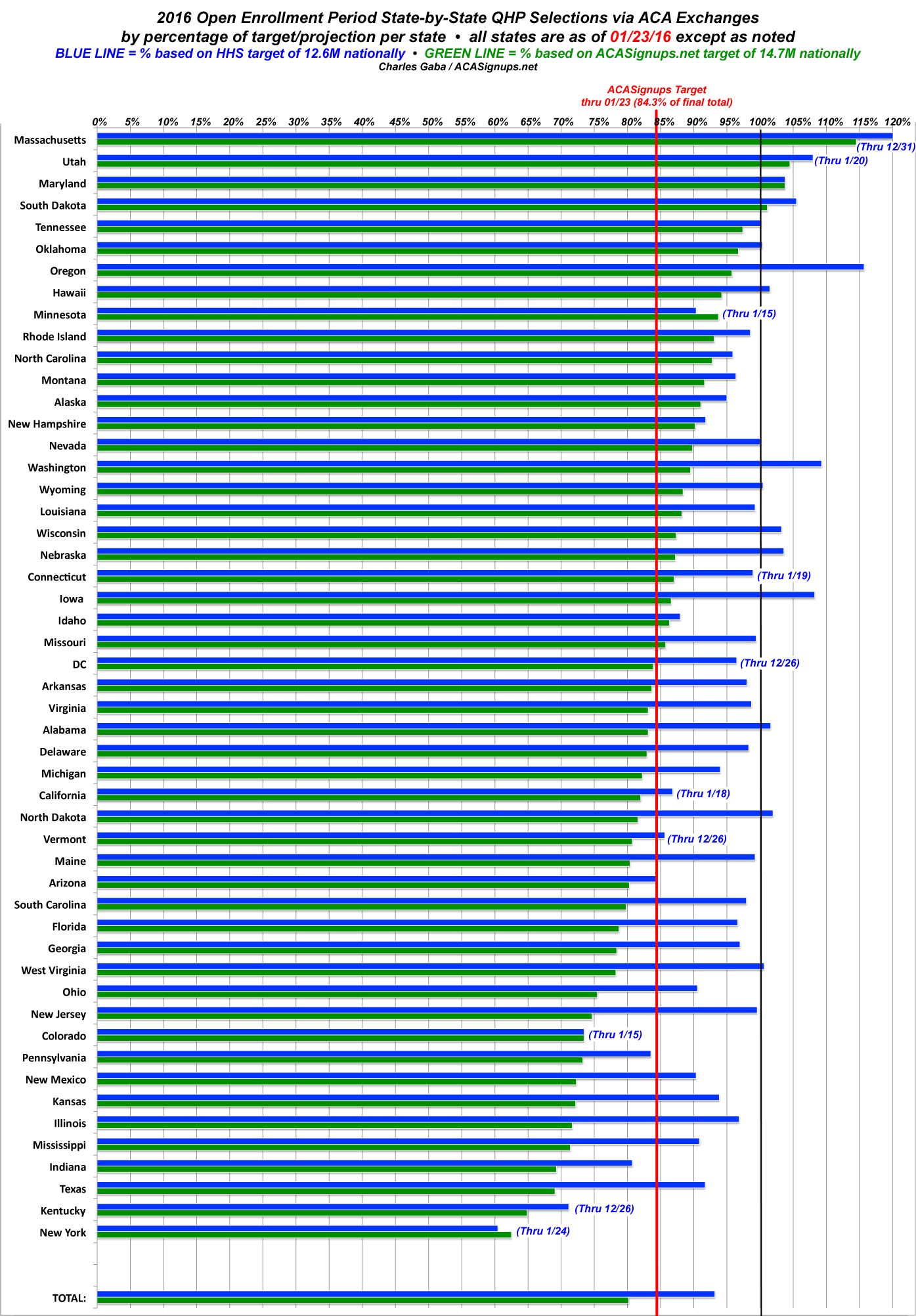