As expected, Week Eight was extremely quiet; not only did the entire week take place after the (extended) deadline for January coverage, but there was also Christmas Eve and Christmas Day to contend with. Needless to say, very few people feel like enrolling in healthcare coverage on December 24th or 25th.

HOWEVER, as I noted earlier this afternoon, there's a very important caveat at the bottom; check out the glossary definition of "Plan Selection":

Plan Selections: The weekly and cumulative metrics provide a preliminary total of those who have submitted an application and selected a plan. Each week’s plan selections reflect the total number of plan selections for the week and cumulatively from the beginning of Open Enrollment to the end of the reporting period, net of any cancellations from a consumer or cancellations from an insurer during that time.

Here's what this means.

Now, the vast majority of these were people who didn't pay their first premium or who were kicked off their policies due to legal residency verification issues, etc etc...but last year, these reductions weren't subtracted from the official numbers until after Open Enrollment ended. In other words, the 11.7M figure for OE2 didn't subtract the "cruft"; it took another 5 weeks for them to be yanked from the official record.

THIS year, it appears that CMS is subtracting many of these cancellations on the fly (although there will no doubt still be some additional reduction before the Q1 2016 report is compiled).

Put another way: If this system had been in place last year, instead of 11.7 million, the official OE2 number might have only been, say, 10.5 million...but the Q1 number would still have been 10.2 million (around 3% net attrition instead of 13%).

In any event, here's what the graph looks like now: 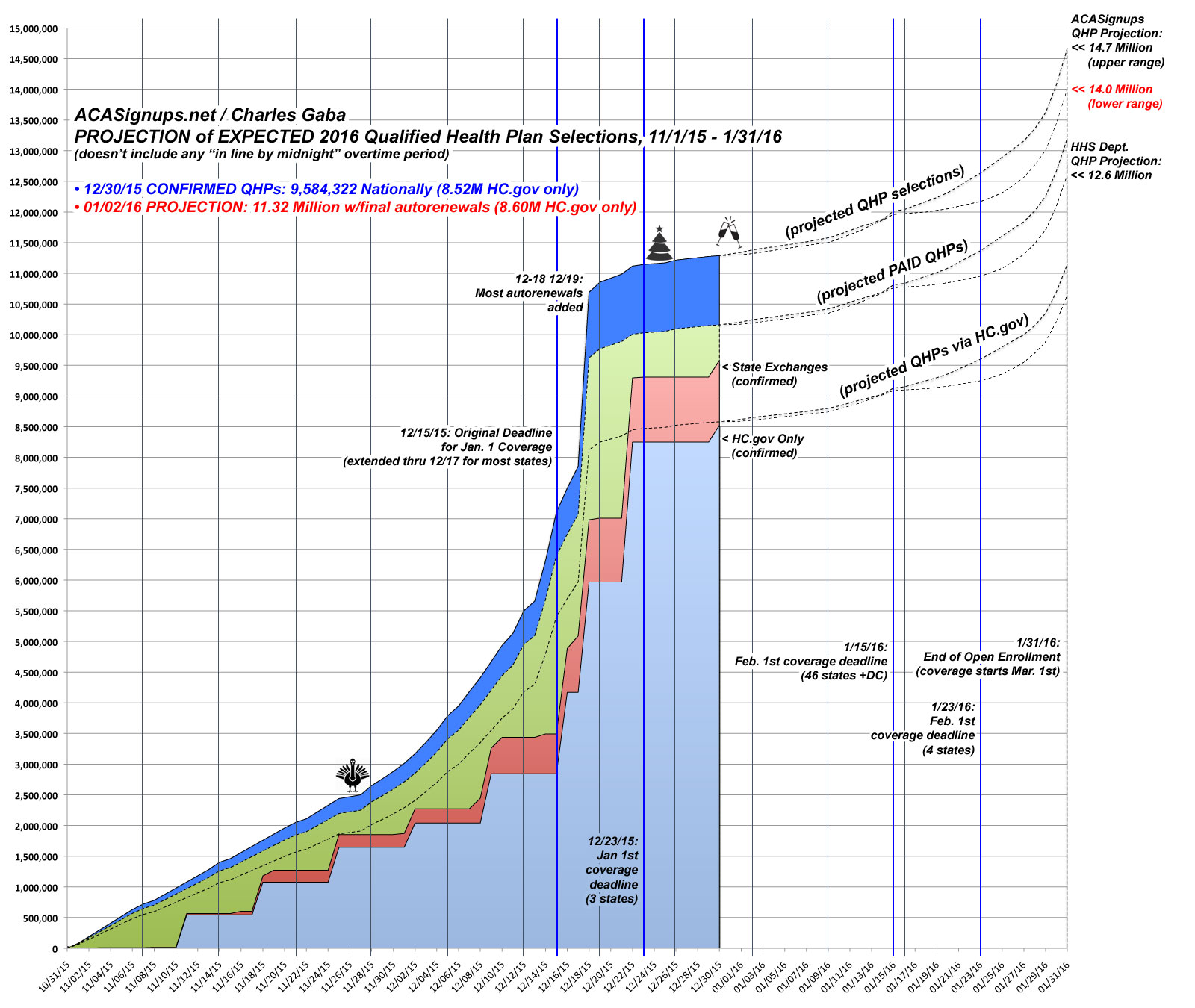