Last week, I noted that the number of ACA exchange-based QHP selections has officially passed the 12 million mark nationally. I also mentioned that:

Well, it's a week later, and I'm feeling confident enough (especially with the support of new data out of California) to state that the actual total number should indeed have passed the 12.5 million mark nationally sometime over Memorial Day weekend (or today at the latest, since most exchanges were closed for the holiday).

On the one hand, this is yet another milestone to celebrate, and holds special meaning for me personally, since 12.5 million was my official projection for the 2015 Open Enrollment Period last fall/winter. I can't feel too smug about this, of course, since it ended up taking 3 months longer to reach this number than I was expecting...

On the other hand, this likely doesn't really impact the number of effectuated enrollees, since most of the new additions are likely being cancelled out by an equal number of enrollees dropping their policies for similar reasons. The actual number of people enrolled via ACA exchange-purchased policies at any given moment is likely to be holding steady at around 10.1 million or so for most of the summer and fall at this point, although it might be up to half a million or so higher if I was interpreting the payment rate for Covered California properly last week (and if that CA data is representative of most other states as well).

I should also note that assuming at least an 88% payment rate (similar to last year), this means that another milestone should now be achieved: At least 11 million paid QHP enrollments (including those currently effectuated as well as those who paid have already dropped coverage since February).

In any event, here's what The Graph looks like today...and I've added a special shaded area for the 2nd half of the year to reflect the uncertainty regarding the impending King v. Burwell Supreme Court decision. 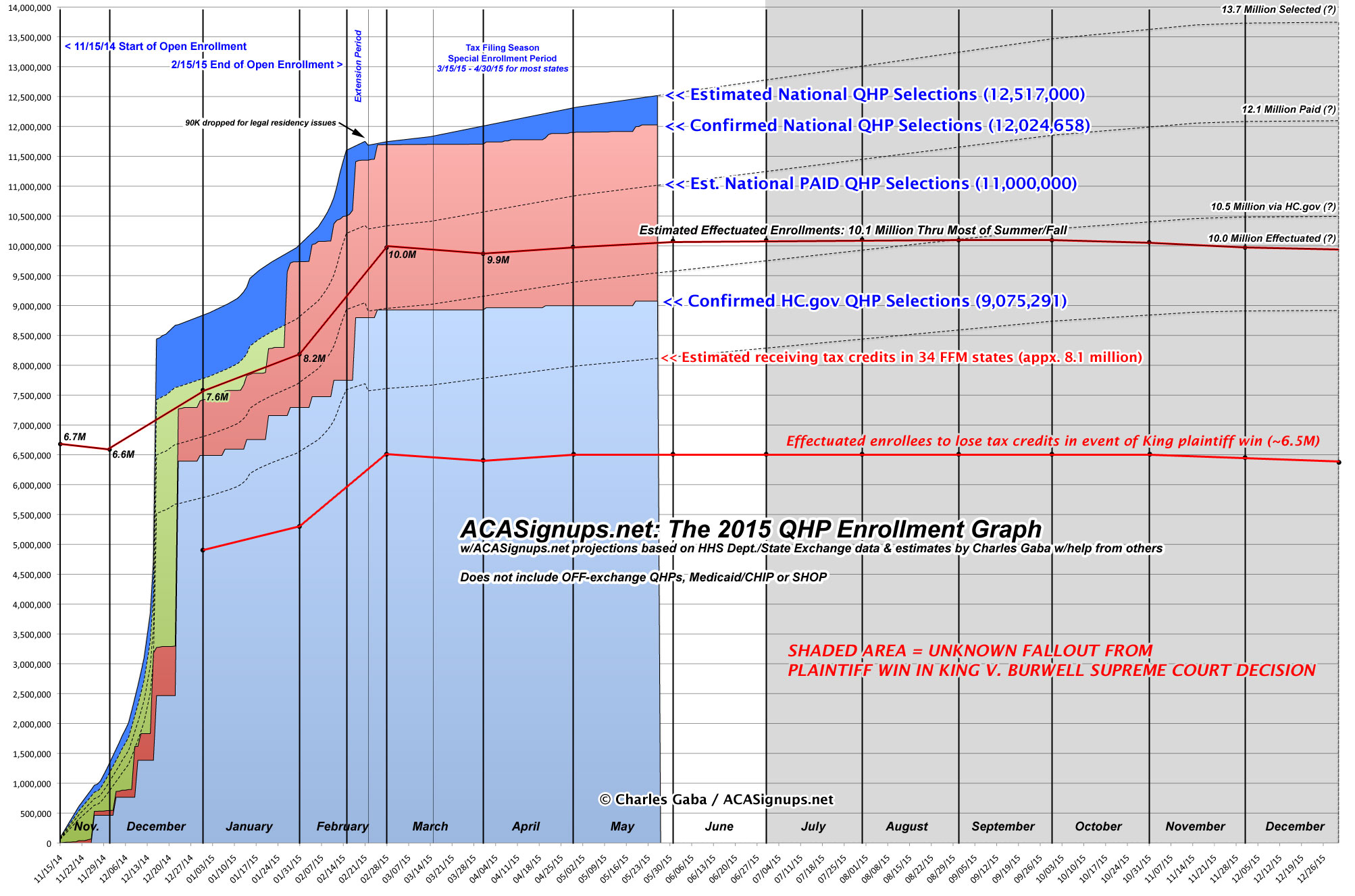