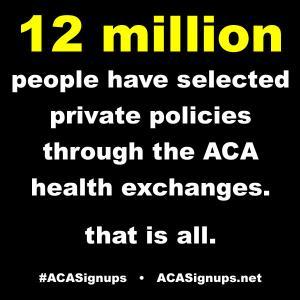 Thanks to Margot Sanger-Katz for the heads up.

After all the fuss and bother made over the #ACATaxTime Special Enrollment Period by myself and others, the final number of QHP selections was announced in the most understated way possible:

From March 15 to April 30, 147,000 consumers signed up for coverage through http://t.co/eTfU7hSMWR using the tax special enrollment period.

No splashy press release, charts or graphs; just a simple number. In the end, while it was far lower than my original spitball take (600K+), it was also higher than my revised estimate of 135K - 140K.

Unfortunately, there's still no state-by-state breakout of today's HC.gov number. However, combined with the other off-season/tax SEP numbers reported from (most) of the state exchanges, this (including today's Minnesota update of 64K QHPs) does bring the grand total number of confirmed 2015 QHP selections up to exactly: 11,995,315.

Technically speaking, they're still about 5,000 QHPs shy of the 12 million mark, but give me a break; this number doesn't include normal Off-Season Enrollments (via life changes) in nearly every state since 2/22 or the tax season SEP enrollments from a half-dozen state-based exchanges.

Therefore, it's quite safe to call it:

UPDATE x2: A few days after I posted this, some additional data came out which made it truly official: 12,024,658 QHP selections have been verified for 2015.

After that (assuming the King v. Burwell SCOTUS decision doesn't screw everything up), I'm estimating that total 2015 exchange-based QHP selections should hit 13 million by around the end of July and 13.5 million in early October, topping off at 13.7 million by the end of November.

Here's the update to The Graph, with both the new HC.gov and MNsure numbers added in (as always, click below for the full-sized version): 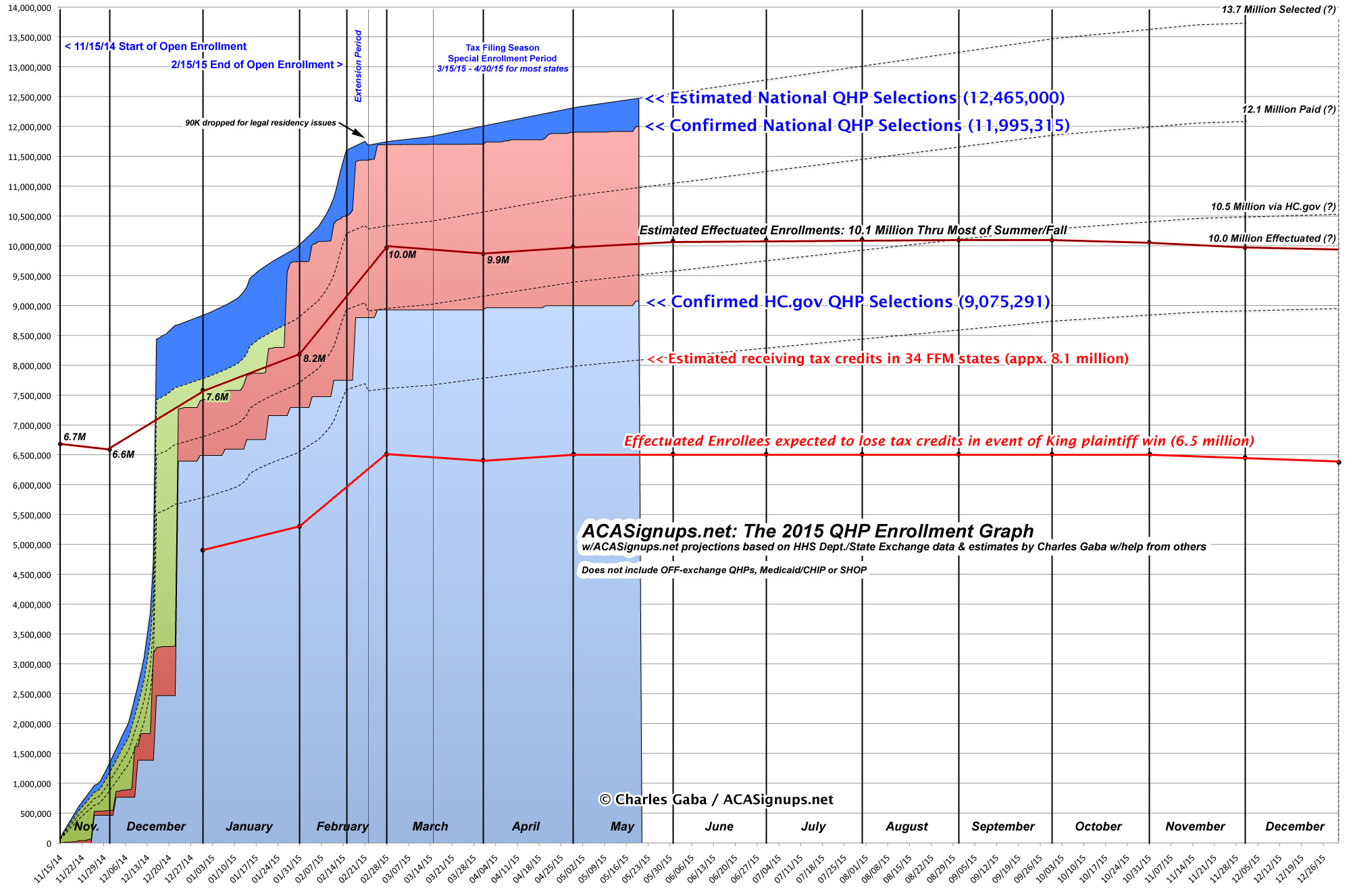