SACRAMENTO, Calif. — Covered California announced the state’s Asian American community has until April 30 to sign up for health insurance coverage, and start benefitting from new financial help available through the American Rescue Plan as early as May 1. The landmark law provides new and increased federal tax credits that will lower health care premiums for more than 400,000 Asian Americans in California.

Covered California Opens the Doors for Millions of Californians to Benefit From Lower Health Care Premiums, Save Money and Stimulate the Economy Through the American Rescue Plan 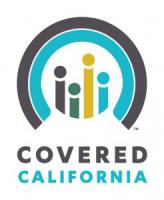 Yesterday's press release from Covered California included a TON of important information about how they're handling the massive subsidy upgrade/expansion under the American Rescue Plan, but it left out one other critically important item which was caught by Inside Health Policy reporter Amy Lotven:

Insurers participating in Covered California have agreed to help move their off-exchange individual plan enrollees into the marketplace so they can benefit from the new Affordable Care Act subsidies available under the American Rescue Plan (ARP) and will not reset the deductibles, Covered California Executive Director Peter Lee said Thursday (March 18) in a webinar with reporters and key stakeholders.

...Off-exchange enrollees could get an average $500 premium drop, which means they could save as much as $12,000 under the two-year provision, Lee says. About 430,000 Californians and 1.5 million people nationally who are enrolled off-exchange plans are newly eligible for help, the exchange estimates.

This just in via Covered California:

OK, Covered California hasn't actually released an official press release or Open Enrollment Report, but I have acquired a single slide which was delivered at a university presentation by Covered CA head Peter Lee the other day. It doesn't provide tons of detail but give the most important toplines (the way the graph breaks out the numbers is a little confusing but I figured it out:

California: @CoveredCA bumps #COVID19 Enrollment deadline out to 5/15 as well

California: @CoveredCA enrolled 1.443 million QHPs as of 11/16; you still have time to #GetCovered!

Merry Christmas to those who celebrate! As a Jew, my Christmas Eve activity consists of...digging through the Covered California November Board of Directors monthly Executive Director's Report slideshow!

There's a bunch of useful wonky data stuff, but for purposes of this entry, it's slides 18 & 19 which are of particular interest. Most state-based ACA exchanges don't launch Open Enrollment until November 1st, but Covered California opens up re-enrollment for current members earlier. Usually they let current members renew for the upcoming year as early as October 15th, but this year they moved that up even sooner, to October 1st.

As a result, while they haven't put out any official press releases about it, as of November 16th, over 1.4 million of their ~1.5 million existing enrollees had already been re-enrolled for 2021. In addition, they had another 32,000 Californians sign up in the first two weeks of November.