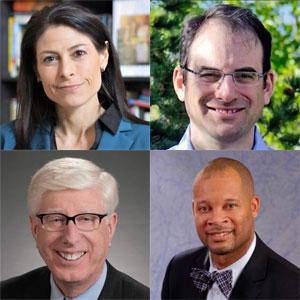 Since then, of course, we had a little something called "the 2018 midterm elections", in which the Democrats picked up the AG positions in Colorado, Michigan, Nevada and Wisconsin.

Cut to this evening, when Michigan Governor Gretchen Whitmer announced that...

LANSING -- Attorney General Dana Nessel, with the support of and in coordination with Governor Gretchen Whitmer, has filed a motion on behalf of the State of Michigan to intervene in a federal lawsuit that seeks to defend the Patient Protection and Affordable Care Act.

Joining Nessel were two other newly elected Attorneys General -- Colorado's Philip J. Weiser and Nevada's Aaron Ford -- along with Iowa's Attorney General Thomas Miller. The four intervening states are seeking the court's permission to join 16 other states and the District of Columbia in their opposition to the decision of the US District Court for the Northern District of Texas that held the ACA unconstitutional.

"The Affordable Care Act provides important protections -- including protecting people with pre-existing conditions -- and access to health care for hundreds of thousands of residents in Michigan," said Nessel on behalf of the governor and the state of Michigan. "We have a strong interest in ensuring that the strongest possible arguments are presented in support of the ACA."

"Health care for hundreds of thousands of Michiganders is on the line," said Governor Whitmer. "If this decision is upheld, it will make it harder for families across the state to get the care they need. That's why Attorney General Nessel and I are stepping up to defend the ACA on behalf of the State of Michigan. As governor, I will never stop fighting to ensure everyone in Michigan has access to quality, affordable health care."

As stated in the motion, Michigan, Colorado, Nevada and Iowa "seek to defend the ACA to protect their existing healthcare infrastructure and the orderly operation of their healthcare systems, which would be thrown into disarray if the ACA were ruled unconstitutional."

"As the chief law enforcement officer of the state, I have the authority and the responsibility to intervene in any action in which I believe the interests of the People of the State of Michigan are implicated," said Nessel.

As for Wisconsin, unfortunately, due to a rather revolting power grab by the GOP-controlled state legislature during the lame duck session last fall, newly-elected Democratic Governor Tony Evers and Attorney General Josh Kaul are (at least for now) in a bit of a bind, since Kaul's predecessor as Attorney General, Republican Brad Schimel, had joined the plaintiff's side in the TexasFoldEm lawsuit last year. For the moment, Kaul is basically required to continue to stay on Team Repeal whether he likes it or not. I have no idea what this means in practice beyond Wisconsin still being listed on the states filing the suit.