Great News for 5.1 million people: The final days of the #FamilyGlitch may finally upon us! 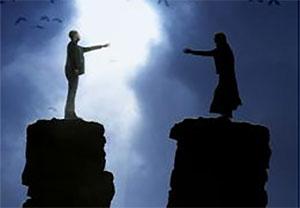 This is mosly a repost of mine from April 2021, but with some important updates:

Of all the problems the ACA has encountered over the 11 years since it was first signed into law by President Obama, one of the stupidest and most irritating ones had nothing to do with Republican sabotage. The call on this one was made by the IRS (then under the Obama Administration), based on their interpretation of a few bits of language within the legislative text itself back in 2013: The Family Glitch.

The exact percentage of household income jumps around a little each year (for 2021 I believe it was 9.83%), but here's the problem:

Oof. Yet another case of too many Obama-era Democratics being so dead seat on the ACA's CBO score not going over $900 billion that they cut millions of potential enrollees out of the loop just to prevent more people from dropping employer coverage and moving to the very ACA plans which the law was trying to promote. This is a core philosophical issue: In my view, one of the goals of the ACA should be moving people off of employer-sponsored insurance where it's feasible & practical to do so!

Enter the Biden Administration. As Amy Lotven of Inside Health Policy reported in April 2021...

As the article notes, a fix for the Family Glitch was included in the big ACA 2.0 bill which passed the House last summer (H.R. 1425), but of course went nowhere in the GOP-controlled Senate at the time.

One thing I was a bit surprised by recently is that that none of the eighteen different "ACA 2.0 mini-bills" which were debated at a House Energy & Commerce Committee hearing a couple of weeks back included a fix for the Family Glitch, although several more expansive Public Option bills have.

However, if Lotven's sources are correct, there may be a good reason for this:

According to the Congressional Budget Office, the provision would cost about $45 billion over 10 years.

But sources note that fixing the problem via rulemaking would bake the spending into the underlying budget score, and provide more wiggle room for Congress to enact other ACA coverage expansions and health care priorities.

In other words, fixing the Family Glitch via IRS regulatory changes is something which a) can apparently be done by the Biden Administration itself without Congress' involvement; b) wouldn't require coming up with an extra $45 billion in pay-fors; and c) as a bonus, would ironically provide a higher baseline for them to make further enhancements, due to how CBO scores work (see the CSR lawsuit for further CBO score magic).

The only downside (assuming they can fix the family glitch via regulatory changes alone) is that, of course, a future GOP Administration could simply reverse that regulatory rule again, but there's nothing stopping them from making the changes by regulation now and then codifying it at some point in the future (assuming Dems still retain control of the House, Senate and White House at that point, of course).

UPDATE 3/14/22: As reported by Katie Keith of Health Affairs:

How many people? Per @KFF, 5.1m family members of low-income workers - more than half of whom (2.8m) are children - fall into the family glitch. Most have health insurance but are paying MUCH HIGHER premiums than families with ACA coverage. 2/

Fixing the family glitch would enable family members (mostly children and women) to receive financial help through the marketplace. This would mean huge savings for families not currently helped by the American Rescue Plan. More here from @First_Focus 3/

As Keith goes on to note, this isn't the end of the process; there still has to be a proposed rule written up, followed by a comment period, and finally a final rule. My guess is that the Family Glitch won't actually be eliminated until January 2023...that is, it will hopefully be gone by November 1st in time for the next ACA Open Enrollment Period.

Even so, this would still be a huge improvement to the ACA for millions of people even if the American Rescue Plan's expanded financial subsidies aren't extended beyond the end of the year (which I of course pray they are). For perspective, if even half of the ~5.1 million Americans who would become newly eligible for ACA subsidies were to take them up, it would increase ACA enrollment by around 2.6 million people, or around 17% give or take...without any Congressional action being needed.