More recently, I switched to posting the same data starting on December 15th, which is (roughly) the start of the Omicron variant wave (although this is fuzzier than the start of the Delta wave).

Now that the Omicron wave appears to be over, I've decided to switch things up again. Instead of using a specific wave of the ongoing COVID pandemci, I'm using the point at which every U.S. adult could theoretically have been fully vaccinated. Pinning down an exact date for this is a bit tricky since a) different populations were made eligible at different points in 2021, and b) it takes 3-4 weeks after getting your first vaccination dose before you can get the second one. I eventually settled on May 1st, 2021.

This wasn't the case at all for most of the summer and fall, when cases in low-vaccinated counties were running 4x or more higher than high-vaxx counties...but the infection gap was almost entirely wiped out during the Omicron wave in December - February. At this point, the least-vaccinated tenth of the country is only running 7% higher than the most-vaccinated tenth in terms of case rates: 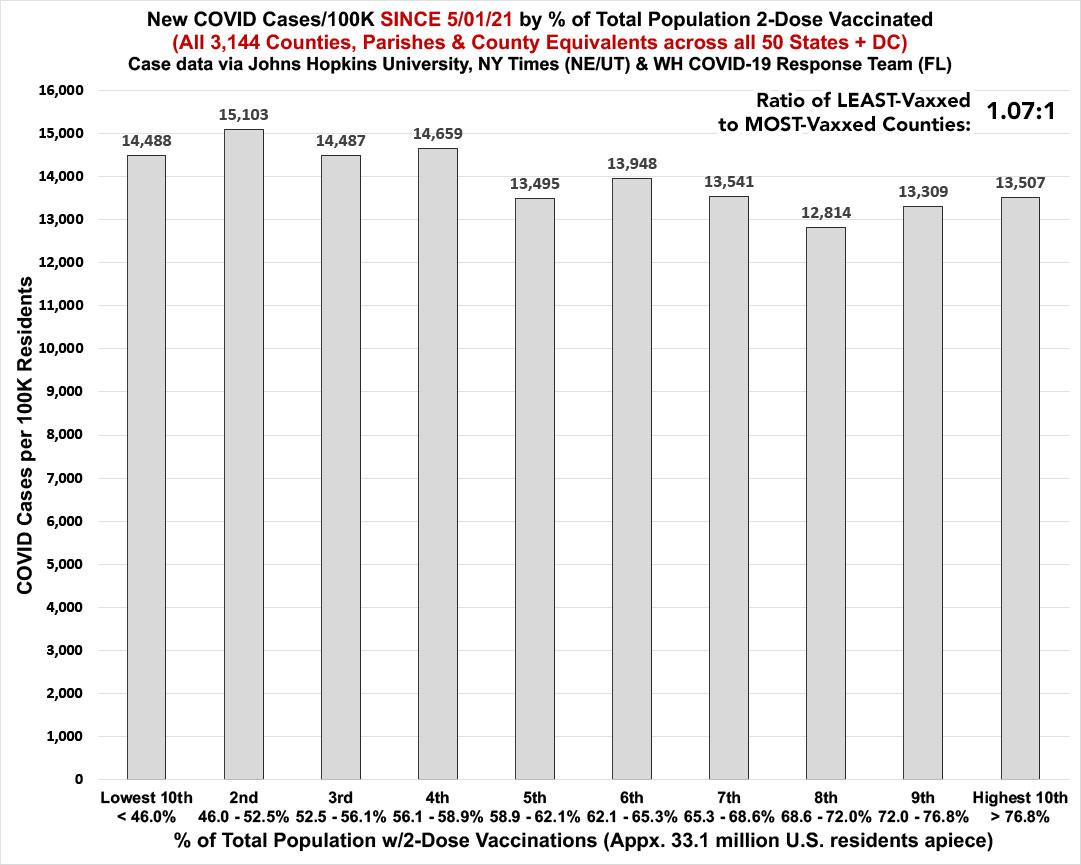 The same is pretty much the case when looking at case rates by red/blue partisan lean...they're only running 27% higher in the reddest tenth of the country than the bluest, which doesn't seem to signify much... 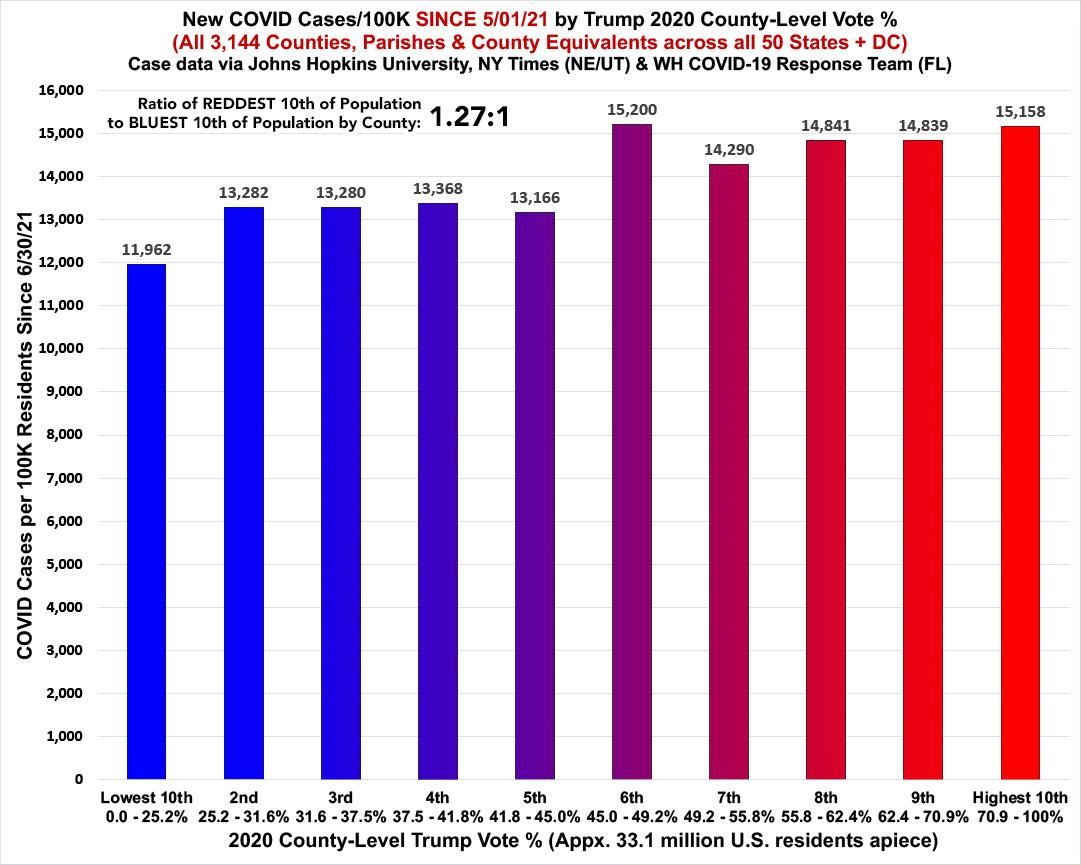 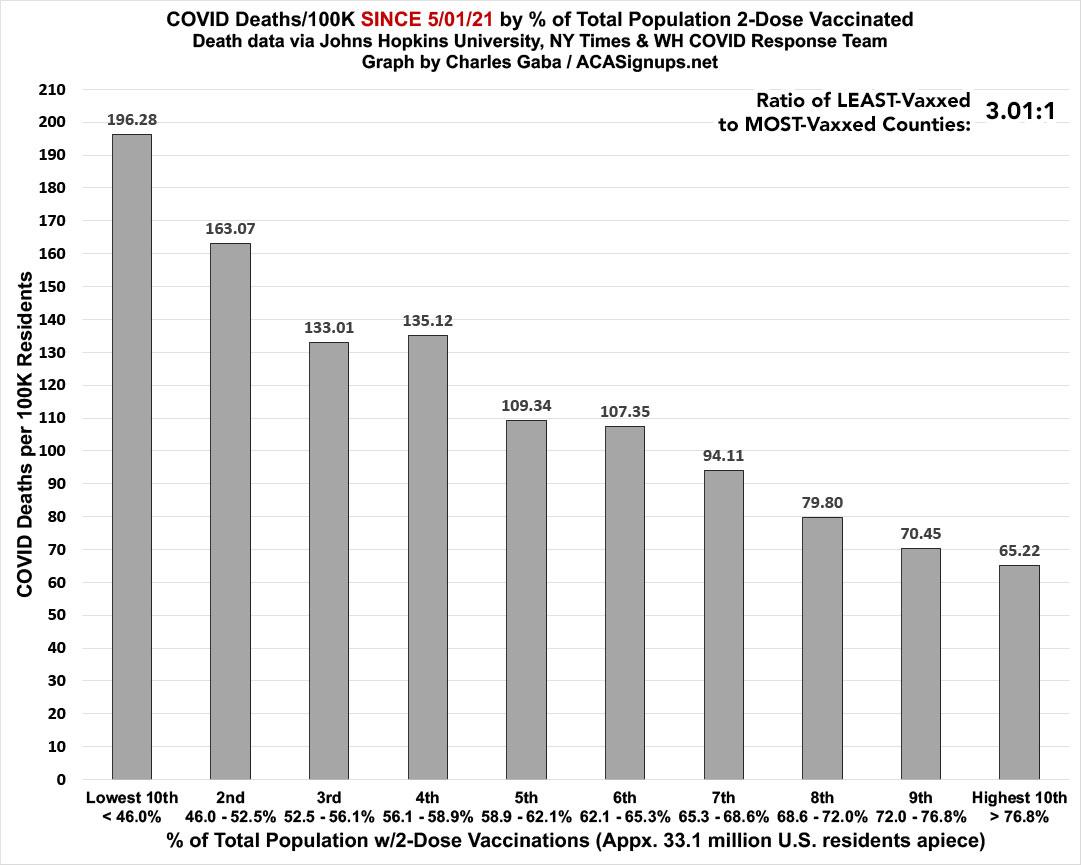 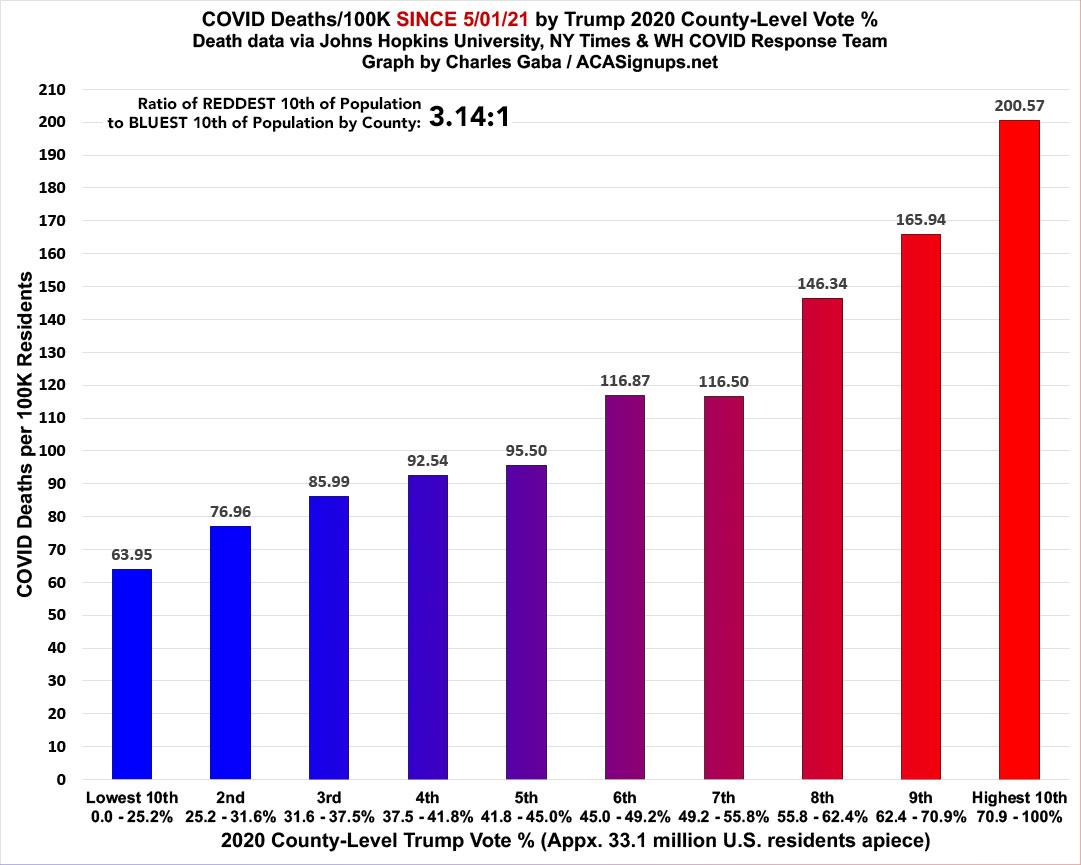 The graph below shows how the ratio of case and death rates in the reddest and bluest deciles have changed over time. The gap reached a peak of 4.5x higher at the height of the Delta wave last fall before dropping significantly during the Omicron wave...but since then it's stabilized and is even starting to inch back up again slowly: 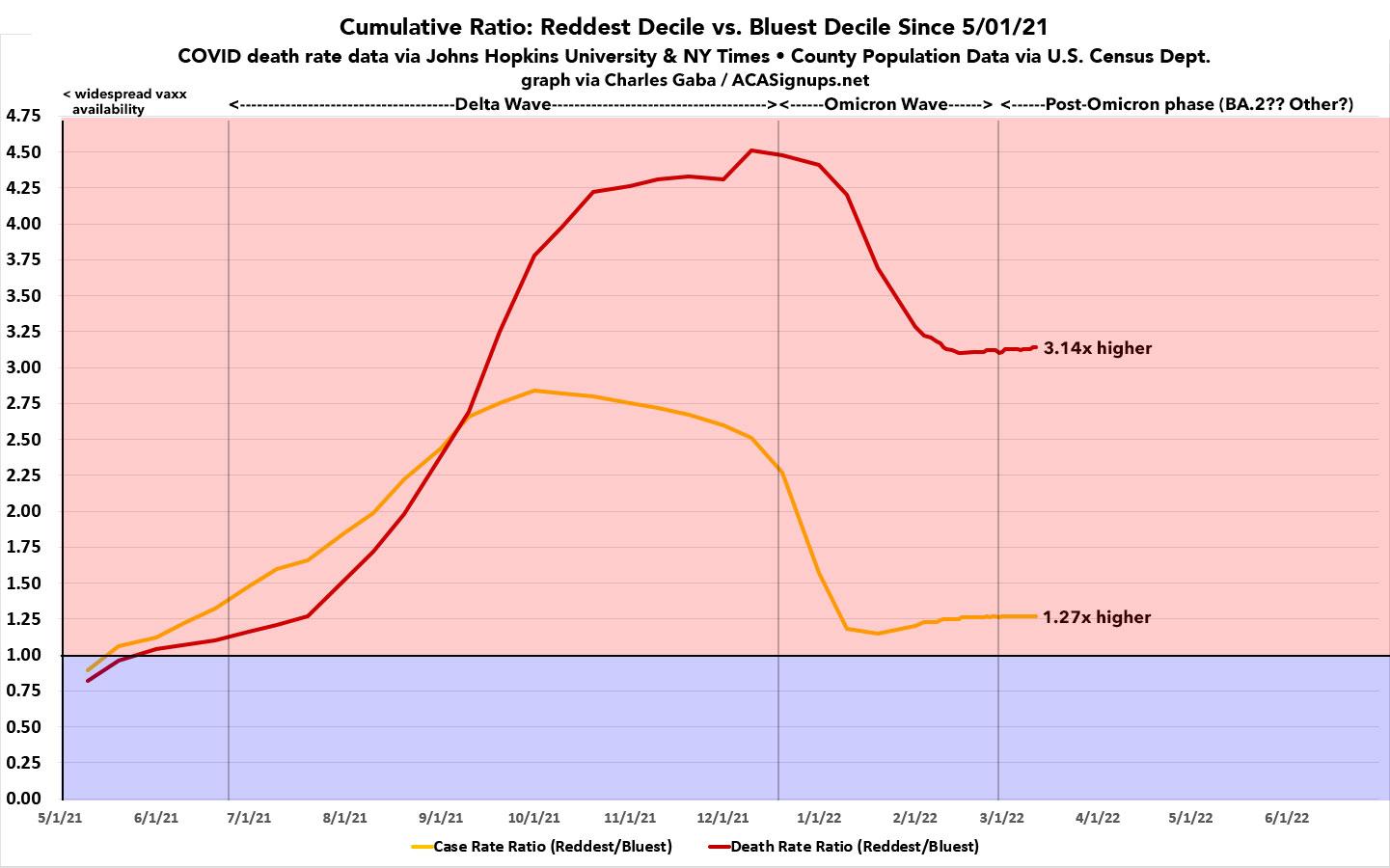 I've also added a new graph. This one shows the 10-day moving average of the ratio between the DAILY death rates in the reddest & bluest deciles, dating all the way back to January 1, 2021. As I predicted back in late December, after reaching near parity in late January, the death rate in the reddest parts of the country is again on the rise relative to the bluest parts: