Reminder that the end of the COVID emergency will create a new crisis: Massive Medicaid disenrollment 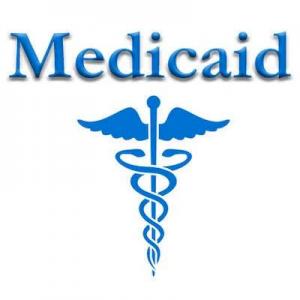 I wrote about this last summer, but as the Omicron variant wave of COVID-19 seems to be winding down (with an emphasis on seems) and the federal Public Health Emergency (PHE) declaration currently set to expire in 60 days (April 16, 2022), today felt like a good time to repost something about the situation:

Of course, that was last July. Since then the PHE has been extended out through at least mid-April, and even more people have been enrolled in Medicaid (including a couple hundred thousand in Oklahoma and Missouri thanks to both states finally expanding Medicaid via the ACA).

...which would cause chaos, confusion and a massive backlog at various state and federal agencies if it happened all in one shot. As explained by Tricia Brooks of the Georgetown University Health Policy Institute:

Using Urban’s Health Insurance Policy Simulation Model (HIPSM), the study’s authors project that almost all of the 15 million will have a path to other coverage.

What about people who remain eligible for Medicaid or CHIP but experience a gap or a loss of coverage altogether due to any number of administrative barriers? Based on the well-documented, high prevalence of lapses in coverage among people eligible for Medicaid, more than 15 million children and adults are likely to lose Medicaid as states unwind the continuous eligibility provision in 2022. And, even for the 15 million, a path to coverage does not mean that everyone will successfully transition to a new source of insurance if it is unaffordable or difficult to enroll. One study conducted in 2016 after ACA implementation noted that 25 percent of Medicaid enrollees change coverage within one year and that most of these beneficiaries (55 percent) also experience a gap in coverage.

At the end of the PHE, states will be faced with processing an unprecedented volume of Medicaid redeterminations and changes in circumstances. The Urban Institute report draws attention to some of the risks that are likely to follow in 2022 (under the assumption that the PHE will end in 2021) as states reinstate the process of redetermining eligibility. It notes that the trajectory of Medicaid enrollment after the PHE is lifted and until the end of 2022, as well as the rate at which enrollment will change in individual states, is uncertain.

In many cases, renewal information may not reach people who have experienced housing instability, a problem among low-income populations that has been exacerbated by the pandemic. If states move too quickly to catch up on overdue renewals, they will overwhelm the capacity of eligibility workers to process paperwork and of call centers and consumer assisters to help individuals remain enrolled or transition to another source of insurance. And, although CMS guidance allows states a full twelve months to resume routine eligibility operations, there will be political and fiscal pressure for states to move more quickly to disenroll people. For example, in the 2022-23 Ohio budget, lawmakers have called for the Medicaid agency to complete overdue renewals within two months.

Different states are putting different policies in place to deal with the upcoming crunch, whenever it happens...but there's certain states (ahem) which are likely either doing nothing at all to ease the transition or are actively salivating at the thought of kicking hundreds of thousands of their own residents to the curb as soon as they can do so.

As Larry Levitt of the Kaiser Family Foundation noted earlier today, HHS Secretary Xavier Becerra promised that the agency would give at least a 60-day heads up before ending the PHE, which means if they don't say anything about it by midnight tonight, it will presumably be bumped out by at least another few weeks or months...maybe.